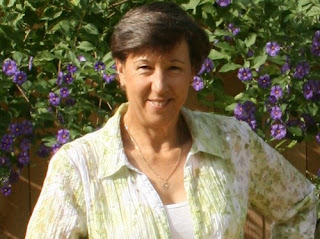 Laura Drake grew up in the suburbs outside Detroit. She’s always loved the outdoors and adventure. In 1980 she and her sister packed everything they owned into Pintos and moved to California. There she met and married a motorcycling, bleed-maroon Texas Aggie and her love affair with the West began. In 2014, Laura realized a lifelong dream of becoming a Texan, and is currently working on her accent. She gave up the corporate CFO gig to write full time. She’s a wife, grandmother, and motorcycle chick in the remaining waking hours. For more on Laura and her books, visit LauraDrakeBooks.com.

One thing I love the most about writing romance is digging deep and depicting real women with real problems.

In my upcoming release, Home at Chestnut Creek, the main character, Nevada Sweet, is a snarky scrapper who uses her wits (and her wit) to keep people at a distance. Throughout the story there are hints of her tough upbringing, but it isn’t until the last couple of chapters—when she lets her guard down—that readers get to really know and understand her.

Writing Nevada made me remember so many other books I enjoy that depict strong women on a journey to happiness. I’ve compiled a list of some of my favorites:

The Sleeping Night by Barbara Samuel: It’s 1946, and Isaiah is back from the war. Angel Corey and he were once childhood friends on the poor side of Gideon, Texas. But now years have passed and they’re in love. The problem is that they come from different backgrounds and their hometown is less than accepting. This leads Angel to the ultimate decision: be with her soulmate and risk his life or let him go in order to keep him safe.

This story is beautiful, and the courage of these two humble me. I read it twenty years ago, but it still stays with me today.

Last Woman Standing by Thelma Adams: This Adams novel is a fictional but historically accurate account of the life of a woman far ahead of her time. It follows Josephine Earp’s and Wyatt’s romance, but it’s mostly the amazing story of a woman learning to stand up for herself and breaking out of the constraints of society.

Coyote Dream by Jessica Davis Stein: Sarah Friedman is a sophisticated city woman who travels west to buy jewelry for her family’s business—and to recover from failed romances. But everything changes when she meets Ben Lonefeather. Ben in the city makes about as much sense as her in the desert. She has a decision to make—go back to New York or make a new life more than 1,000 miles away from her family.

One Thousand White Women: The Journals of May Dodd by Jim Fergus: I may be cheating a bit with this one, because you won’t find it on the romance shelves, but I can’t help but include it. One Thousand White Women tells the story of a group of women who, at the request of their government, are sent to intermarry among Cheyenne Indians. It’s a story of growth—one of women fighting against cruelty and for freedom. Fergus’ novel is a testament to the indefatigable female spirit.

Louder Than Love by Jessica Topper: Widowed Librarian, Katrina Lewis, returns to her hometown to raise her young daughter when traveling musician, Adrian Graves, shows up looking for work. Soon, Adrian is working as an kids’ entertainer at the library. The pair have nothing in common but old pain, but they can’t help but fall for each other. How can Kat trust Adrian with her heart and daughter when all he’s ever done is run away from responsibilities?

Tell us about one of your favorite books or movies featuring a woman's journey.

Three people who post a comment before 11:00 PM, July 3 will each receive a copy of The Last True Cowboy and Home at Chestnut Creek. (U.S. and Canada only) 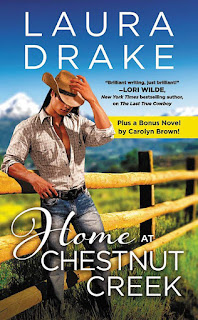 First rule of life on the run: never get attached. Nevada Sweet knows that better than anyone-it's just too dangerous to stay put. And until now, she's never wanted to. But she gets more than she bargained for when she walks into the Chestnut Creek Café looking for a job. Despite the protective wall she's built, her coworker Joseph has her imagining a life she isn't yet convinced she deserves...


While Unforgiven, New Mexico has always been home, Joseph "Fishing Eagle" King still feels like an outsider-no matter how much he tries to give back to his Navajo community. Beneath Nevada's biting wit, he glimpses a similar vulnerability. Against all odds, Joseph finds himself falling for her, and it's clear she's not as unaffected as she pretends. When her past finally catches up with her, she'll have to decide whether to keep running, or fight for what's hers.