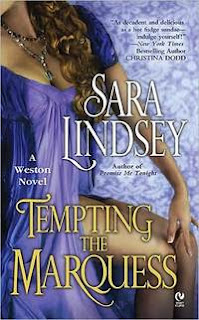 Like most young ladies, Olivia Weston expects to get married and start a family. She has no illusions of a love match, despite her fancy for romantic novels because she doesn’t think any man can compare to the heroes she reads about. But before she marries, Livvy would like a little adventure. As readers learned in the first book in the series, Promise Me Tonight, Olivia missed her first London Season to be with her pregnant sister, Isabella, at her Aunt Kate’s family home in Scotland. While there, Livvy discovered an old diary belonging to Kate’s stepson’s late wife. She was fascinated by what she read and wanted to satisfy her curiosity about the undoubtedly grief-stricken marquess. After Izzie safely delivered her baby, the family prepared to return to Weston Manor in Essex. Livvy was not ready to return home, so she asked and was granted permission to travel with her aunt, Kate, and cousin to Castle Arlyss in Wales to spend Christmas with Kate’s stepson, Jason Traherne, Marquess of Sheldon and his young son. However, once she arrives, the marquess is anything but cordial to Livvy. In fact, his first words to her are: “Who the devil are you and what are you doing here?” Not at all what Olivia expected! And then while attempting to protect her young cousin, she promptly gets trampled by one of the marquess’s large dogs and the man becomes insufferable.

“I must apologize, Miss Weston. I rescued both dogs from a particularly vicious bear-baiting and while they generally act like overgrown lapdogs, Red in particular still responds badly to hearing the word A-T-T-A-C-K.”

“Obviously, or you would not have said it. Of course, you shouldn’t be here in the first place, and if you hadn’t been here, the incident never would have occurred, but I apologize all the same. Now, you look like the missish sort who will insist a doctor be sent for, but I give you leave to prove me wrong.”

She stared, astounded not only by his sheer audacity but by his ability to insult not only her but her entire gender in one breath.

Olivia knows that she will have her hands full with getting through to him, but she is up for the task. And I love that she holds her own when verbally sparring with him.

Jason has his reasons for not wanting the interfering young woman in his home. Very personal reasons. And despite their heated first meeting, Jason believes that his stepmother brought Olivia to tempt him. Regardless of his misgivings (and the fact that Olivia does make him lust), he enjoys ribbing her as it’s the most fun he has had in years. He tries to remain his usual gruff and cynical self but it becomes increasingly difficult as Livvy is so alluring. She makes him feel things that he hasn’t felt in a long time and disrupts the order he normally craves in his life. I enjoyed watching her ruffle his feathers! But when Jason discovers the truth about why Olivia is there (along with other truths), can he overcome the past and take a chance on love again?

Tempting the Marquess is the second entry in Sara Lindsey’s Weston Family series about siblings blessed (or cursed, depending on your point of view) with Shakespearean names. I enjoyed this story and its extremely likable characters, even though Livvy does something rather silly towards the end of the book. Ms. Lindsey’s writing is solid and her “voice” reminds me a bit of Julia Quinn’s. If you’re a fan of historical romance with a slight gothic feel, look no further than Tempting the Marquess. I, for one, am enjoying the crazy antics of the delightful Weston family and can’t wait for the next installment!

IN LOVE ON ANCHOR ISLAND by Terri Osburn