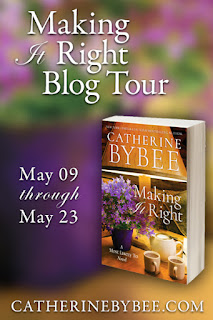 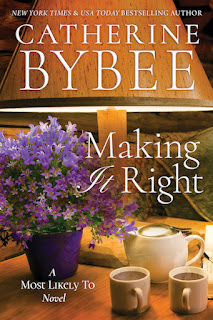 In the final book in bestselling author Catherine Bybee’s Most Likely To trilogy, River Bend’s rebel follows in her father’s footsteps to become sheriff. But it might be time to forge her own path…

Some kids inherit a family business; Jo Ward inherited a badge. Once voted Most Likely to End Up in Jail, the town wild child has become sheriff—hell-bent on uncovering the truth about her father’s mysterious death. Life is quiet in rustic River Bend, but Jo longs for something beyond her small hometown and the painful memories it holds. All that keeps her sane is the support of her best friends, Melanie and Zoe.

But when Jo signs up for an expert law enforcement training seminar, she meets Gill Clausen, whose haunting eyes and dangerously sexy vibe just may challenge her single-minded focus. Commitment-phobic Jo can’t deny her attraction to the arrogant federal agent, and when odd things start happening around River Bend and danger surrounds her, she realizes she’ll need his help to discover who’s out to remove her from River Bend…permanently.


As Jo and Gill work together, it’s clear they make a great team. But can Jo loosen her grip on the past enough to let love in and reach for the future?

Making it Right is another stand-out novel from an author who has become one of my contemporary favorites. With heart-tugging romance, chemistry off the charts, fully fleshed characters, and a mystery filled with twists and turns that kept me guessing until the very end, this book is a worthy conclusion to Bybee's wonderful Most Likely To series.

I've been waiting for Jo's story since she walked onto the page in the first book of the trilogy, Doing it Over and Bybee did not disappoint. We know she's a woman haunted by her father's death, ruled accidental, which Jo is convinced was murder. We know she is fiercely protective of her two best friends, women more like sisters. And, we get hints that she's not entirely happy as her hometown's sheriff. In Making it Right, Bybee delves beneath the surface, pulling back the layers, and showing readers just who Jo is, as a protector, a law enforcer, a mentor, a stalwart friend, and a sexy, take-no-prisoners, woman who, while unafraid to go after what she wants sexually, shows her insecurity and vulnerability by believing she's not cut out for a lasting relationship.

Gill is all kinds of awesome. Big, muscled, tattooed, Harley-riding, and full of take-me-now sex appeal, he had me tingling at hello. When his law and order side is revealed, he had me intrigued. But, when this caring, gentle, patient, loving, supportive, and sexy as all get out man lays his heart at Jo's feet? Well, let's just say I was ready to lay myself at his!

The mystery that weaves its way through this story is exceptionally well crafted, keeping me on the edge of my seat and guessing which turn Bybee would take next until, finally, all is revealed at the end. I'm usually very good at solving mysteries and delighted when an author keeps me guessing, as Bybee did in this story.

At the heart of this trilogy has been the bond between the three heroines - Mel, Zoe, and Jo - childhood friends whose closeness has only strengthened through the years and the challenges life has thrown at them. Mel (Doing it Over) and Zoe (Staying for Good) and their heroes are all prominent in Making it Right, as are other characters from the first two books like Miss Gina, a 60-something hippie mother figure who gave them all shelter and guidance at various times of their lives. We learn more about FBI Agent Shauna Burton, who helped solve a mystery in a prior book and has an instrumental role in Jo's happy ending, and are introduced to a young man who has an unexpected impact on Jo's life. I'd love to see more of both of them in future stories!

If you haven't yet read Catherine Bybee's books, this trilogy is a great place to begin. It's brimming with all the things I love in romance and comes with my enthusiastic recommendation. While each of the books can stand on its own, for maximum pleasure, I encourage you to read them in order.

Do you have friendships that have stood the test of time?

Do you melt at the thought of a hero like Gill or does a different kind of hero make you tingle?

Have you discovered Catherine Bybee's books yet? 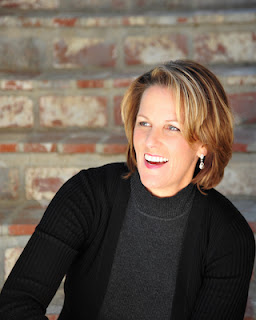 New York Times  & USA Today bestselling author Catherine Bybee was raised in Washington State, but after graduating high school, she moved to Southern California in hopes of becoming a movie star. After growing bored with waiting tables, she returned to school and became a registered nurse, spending most of her career in urban emergency rooms. She now writes full-time and has penned the Weekday Brides Series and the Not Quite Series. Bybee lives with her two teenage sons in Southern California.