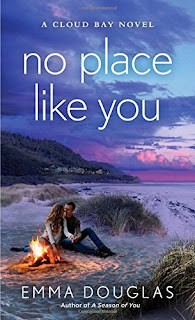 Zach Harper, only son of rock legend Grey Harper and at least a twinkle in the rock universe himself, is returning home to Cloud Bay, an island off the California coast where his father and his Blacklight bandmates all built homes at the height of their fame and where Zach’s sisters and the stepmother who mothered him for most of his life still live. Zach is ambivalent about his return. When the lead singer of Fringe Dweller, the band to which Zach has devoted three years of his life decided to take a year’s break just as the band seems poised to reach their goal, Zach is left frustrated and adrift. He is planning his first solo album but uncertain about how things will work out and fully aware that he has fences to mend with his sister Faith. His most recent betrayal was backing out on her at the last minute when he had agreed to appear at last year’s CloudFest.

Leah Santelli, Faith Harper’s long-time best friend, runs Harper Inc.’s recording studio, works often as a sound engineer, and does a little producing. Recently divorced, she has become more ambitious about taking the producing to a new level. When she learns from Faith that Zach plans to stay on the island to work on an album, she sees that as a chance to move her career in the direction she wants it to go.  But she and Zach have a history—eighteen years of her being his younger sister’s best friend, a few years less than that of Leah having a huge crush on him, and one night of sexual fireworks after which Zach left. He broke her heart, but Leah is over him now. Or so she keeps telling herself.

When the chemistry between them proves to be volatile, it is Leah who proposes a no-strings affair with a built-in expiration date, the day Zach leaves the island. They both know he will leave. Predictably, hearts become involved and things get complicated—on the personal and professional level. Can Leah see that even if her heart breaks, she can find wholeness? Will Zach discover that he has thrown away what he needs most?

This is the third book in the Cloud Bay series, and if Zach had been less of a jerk, I’d consider it a solid read, even if not quite up to the middle book, A Season of You. I like Leah. She is funny, good at what she does, honest, and fiercely loyal. But I thought both Faith and Leah forgave Zach too easily. He wonders early on if he is a “self-centered prick.” He is. He has a pattern of putting his own interests before those of people he professes to love. I understand he experiences a Revelation and is a changed man, but I’m not sure I trust that the change will prove permanent.


I expected this book to end the series, but a cliffhanger ending almost certainly assures that there will be at least one more book. There are also several other characters who seem to be interesting types who deserve their own story, so other possibilities abound. I eagerly await more info about the fourth Harper sibling. If you are a fan of second-chance stories in contemporary romance and a tad less cynical about transformed heroes than I am, you will likely enjoy this well-written story.
Posted by pjpuppymom at 12:30 AM

Email ThisBlogThis!Share to TwitterShare to FacebookShare to Pinterest
Labels: 3.5 Star Review, Contemporary Romance, Emma Douglas, Janga, No Place Like You