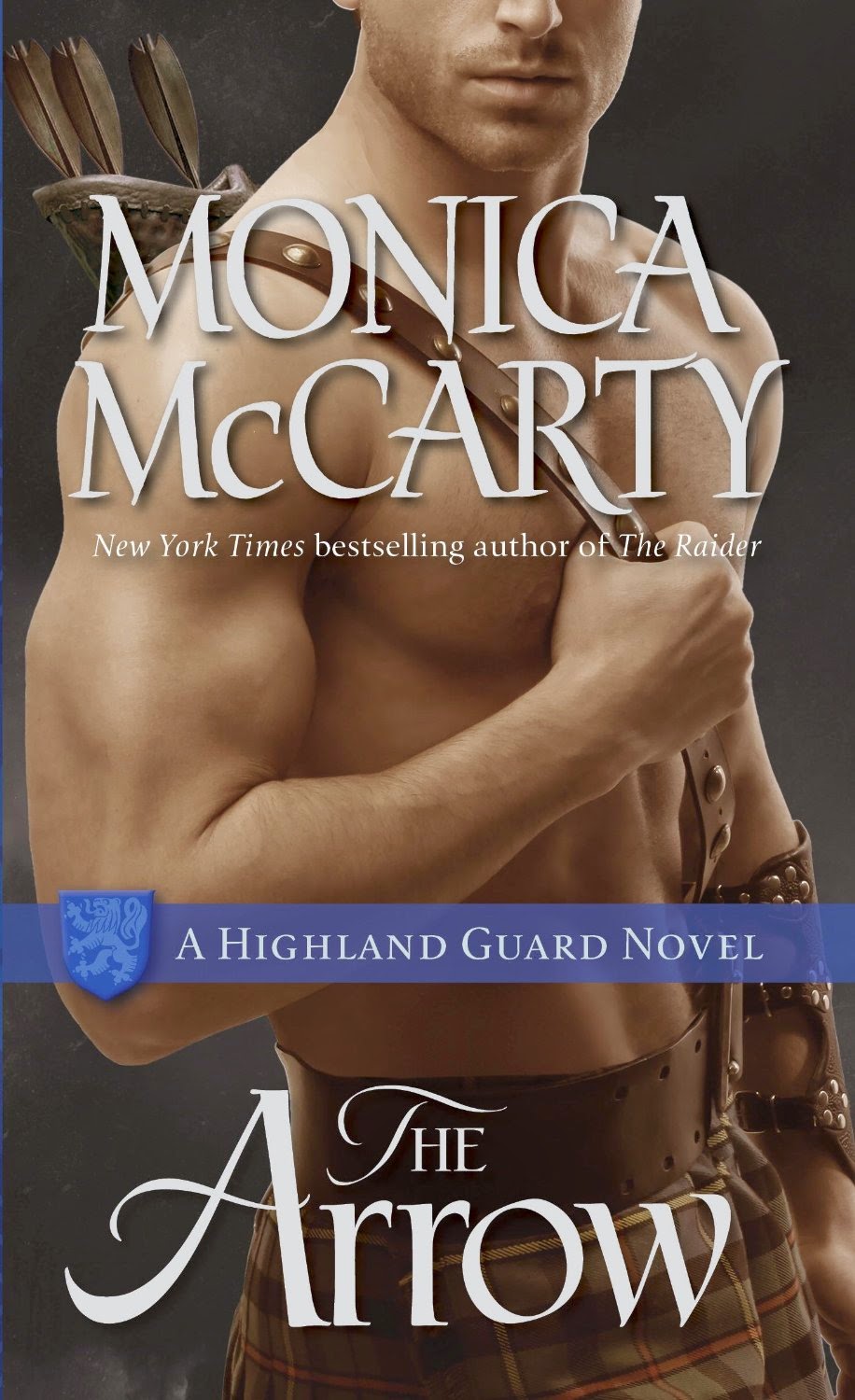 Since I finished reading THE RAIDER in February, I’ve waited with bated breath for THE ARROW to come out. “August!” I lamented, as if the month meant eternity. Now I’ve finished reading THE ARROW, and I spent the last quarter of that book, plotting what’s going to happen in thenext book. There’s just no pleasing some readers—you give them a new book and they just want MORE, MORE, MORE! I am such a reader. I blame Monica, of course.

In THE ARROW, Gregor MacGregor is Bruce’s sniper in the Highland Phantoms. That’s not what he’s called, but that’s definitely what he’s doing. His ability to strike so perfectly where no sound of alarm is ever raised is imperative to the success of the team to get in and out of high-risk situations. His ability to kill efficiently doesn’t come without a price. In addition to being a Tolkien elf with arrows, he’s also the most handsome Phantom of the team—and the handsomest man in Scotland. That’s right. He’s Legolas. In a kilt. Yes, Monica always takes it up another notch.

The heroine is Cate, a young woman Gregor rescued some five years back and has been a thorn in his side ever since. She’s twenty (though he thought she was younger when he rescued her and she didn’t correct him); the lovechild of Bruce (which she doesn’t tell Gregor because she doesn’t want to be known as a bastard); and completely badass (this Gregor knows because he’s had his brother see to her training.) She is madly in love with Gregor the man, not Gregor the Handsomest Man in Scotland, though she has her work cut out for her making him believe it. Some of the reasons he doesn’t believe it: she’s too young; she doesn’t know what she wants; and she doesn’t know what love is. The real reason: Gregor MacGregor is a cowardly idiot.

The story begins as Gregor goes home to get some rest (he has “projectile dysfunction” and his arrow hitting isn’t as “precise”) and arrange a marriage for Cate (since a marriage will take care of that problem.) Of course, no one is good enough for her; he doesn’t want her himself; and he’s also too busy fighting off shallow women left, right, and center. However, despite this, he and Cate end up together…and engaged…and HAPPY. Oh, Reader, they were so, so happy at mid-point of the book. So sexy, so fun, so romantic. You just knew they were destined for a Happily Ever After.

And then it all went to shit.

At first I was, “A little communication will clear this up.” And then there was some talking, and it only made it worse. Huh, well, I’ve had fights like that; it works out. Call me a romantic. Then Gregor self-destructed. I wondered, “Well, how in the hell is Monica going to fix this?” Granted, as soon as Gregor realized he’d crossed a line, he began making up for it, but it was a very fine, dicey line that Monica steered this story down. If you like your stories gritty, hard, real, with the full knowledge some people do stupid hurtful things, but it still works out in the end because, well, love, then I think you too will also enjoy this book.