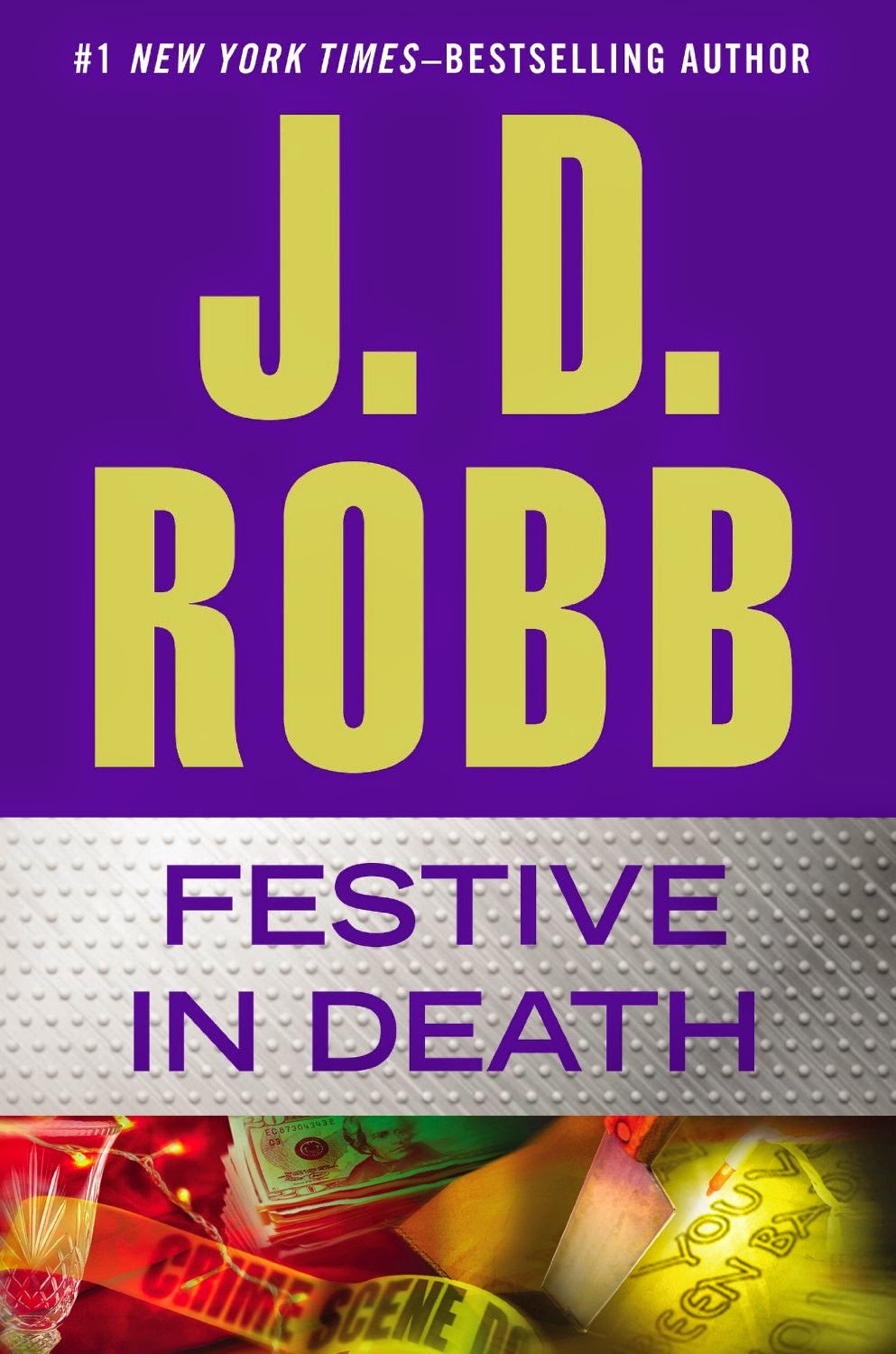 This latest installment of the In Death series finds Eve Dallas trying to track down the killer of a man absolutely nobody liked and many people had good reason to loathe. Trey Ziegler was officially a personal trainer and unofficially a gigolo, blackmailer, and rapist.  As a result, suspects are thick on the ground.

The mystery is tightly constructed, with new revelations about the victim sending the story in different directions as it progresses.  Robb’s knack for writing child characters flashes to the fore with a brief appearance by Tiko, who originally appeared in Memory in Death. She also sketches the secondary characters with her usual skill, each distinct from the others and adding to the range of reactions to the Ziegler’s death.

Winnowing down the suspect list spurs Eve and Roarke to consider the nature of love and of their own relationship.   This story incorporates many kinds of love and affection, both among the series regulars and between the dead man’s associates and victims.  There are many warm moments, especially as Eve deals with Christmas--always such a trial for her--and the personal connections it emphasizes.

Personal stylist Trina, who may be the only person in the universe Eve truly fears, plays a slightly different role this time around.  She also contributes an amusing bit to Eve and Roarke’s holiday party.

One of the pleasures of this series is the evolution of the characters’ relationships, particularly within Eve’s circle.  Two books ago, with Thankless in Death, Robb tied off some running themes in the series, which aren’t listed here so as to avoid spoilers.  While the settling of the questions involved was a natural, welcome evolution within the story world, it also closed some avenues of conflict.  As yet, nothing else has filled the resulting vacuum.

When it comes to giving this book a rating, I’ve gone back and forth.  During some of the holiday scenes, the mystery mostly falls of the radar screen though the scenes revolving around it are first rate.  On the one hand, as a longtime reader of the series, I enjoyed spending time with the regular characters as they celebrated the season and their connections to each other.  On the other, I found that the absence of ongoing conflict at times resulted in the story being less edgy than earlier ones.

Readers, do you enjoy a good mystery?

Are you a fan of multi-book series with continuing characters?

What keeps you coming back for each new book?

Tell us about a series with continuing characters that you've enjoyed.