Riots in the plaza!

This is my last post for the Romance Dish for a while. You never say never, right? I've so appreciated the chance to be part of this great blog and I'm so grateful that the original four Dishes asked me to be part of the lovely world they've built up here.

By the way, the photo at the top of the blog has three of the four originals (Gannon must have taken the pic). Left to right there's Jeanne Adams (who's a Romance Bandit!), Andrea, moi, Buffie and PJ. I'm not sure whether that photo was taken at RWA in Washington DC or Orlando. Perhaps PJ or Andrea will remember.

Anyway, as I announced two months ago, for various reasons, I'm retiring my Second Helping column for the moment. PJ asked me if I could devote my last piece to what I'm doing in 2015 which is very nice of her (but then, she IS very nice).

A whole column talking about little ole' me? Let me at it!

One big change I thought I'd be dealing with in 2015 was a new house, but fate has decreed I'm staying where I am. Given I'd prepared my mind for the shift, it's now taking a bit of a mental shift to come to terms with the fact that there will be no big move. However, at least one of my plans for 2015 is still in place, a big research trip to the U.K. although it's now going to happen in September instead of March. I'll miss spring over there, which is my favorite season, but on the other hand, I won't be trying to squeeze my travel in between other commitments. 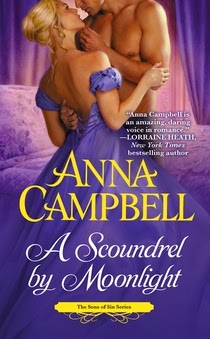 And now a rundown of those other commitments! My fourth Sons of Sin book is out on 28th April, yay. A SCOUNDREL BY MOONLIGHT tells the Marquess of Leath's story - he plays a major part in WHAT A DUKE DARES and I've had quite a few people contacting me to ask if he's going to get a happy ending. Of course he is, but he's got a way to go before that happens! And he ends up falling in love with the last woman he ever imagined he would. I always relish seeing lords of all they survey sent into a spin when they're head over heels with someone completely unsuitable.

Don't you just love that cover? You can read the blurb on my website here: http://annacampbell.info/scoundrelmoonlight.html Look out for an excerpt in March and if you want an extra special sneak peek, I'm giving away ARCs in my January/February website contest.

At this stage, I'm not sure if that will be the last full lengther in the Sons of Sin series. There are at least two more novellas in the pipeline. One tells the story of Lady Marianne Seton, the woman Cam jilted to marry Penelope. I really like her and I've got a lovely hero lined up to put a sparkle in her eyes. I'm also writing a novella that gives us some backstory on Sirius, Sir Richard Harmsworth's clever dog. He helps to unite a pair of feuding childhood sweethearts before he places himself in Richard's custody. I've always had a very soft spot for Sirius who was usually the cleverest one in the room!

Otherwise I'm working on a new historical series based very much in the glamorous world of Regency high society. Apart from WHAT A DUKE DARES and the novella DAYS OF RAKES AND ROSES, most of the Sons of Sin books take place in the beautiful English countryside. The next series will be sexy, emotional stories revolving around the drama and extravagance of the London Season. I could tell you more but then I'd have to kill you! 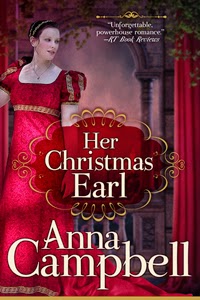 Finally, I'm going to write another Christmas novella, featuring a Scottish hero. Those seem to be de rigueur for my Christmas stories (so far all three have featured Scottish noblemen!). I must say I've been overwhelmed at the reception this year's novella, HER CHRISTMAS EARL, has received and I just love having a story out for the Holidays.

Which brings me to the fact that this isn't just my last Second Helpings; it's also Christmas Eve! However you celebrate at this time of year, I wish you all peace, love, good health and fabulous books to read. I'd also like to pause to send PJ and Andrea a pair of really mushy kisses and big hugs to thank them for letting me a part of this blog.

As my Regency society heroines would say, I've had a ball!

So what are your reading plans for 2015? Any books I should look out for? 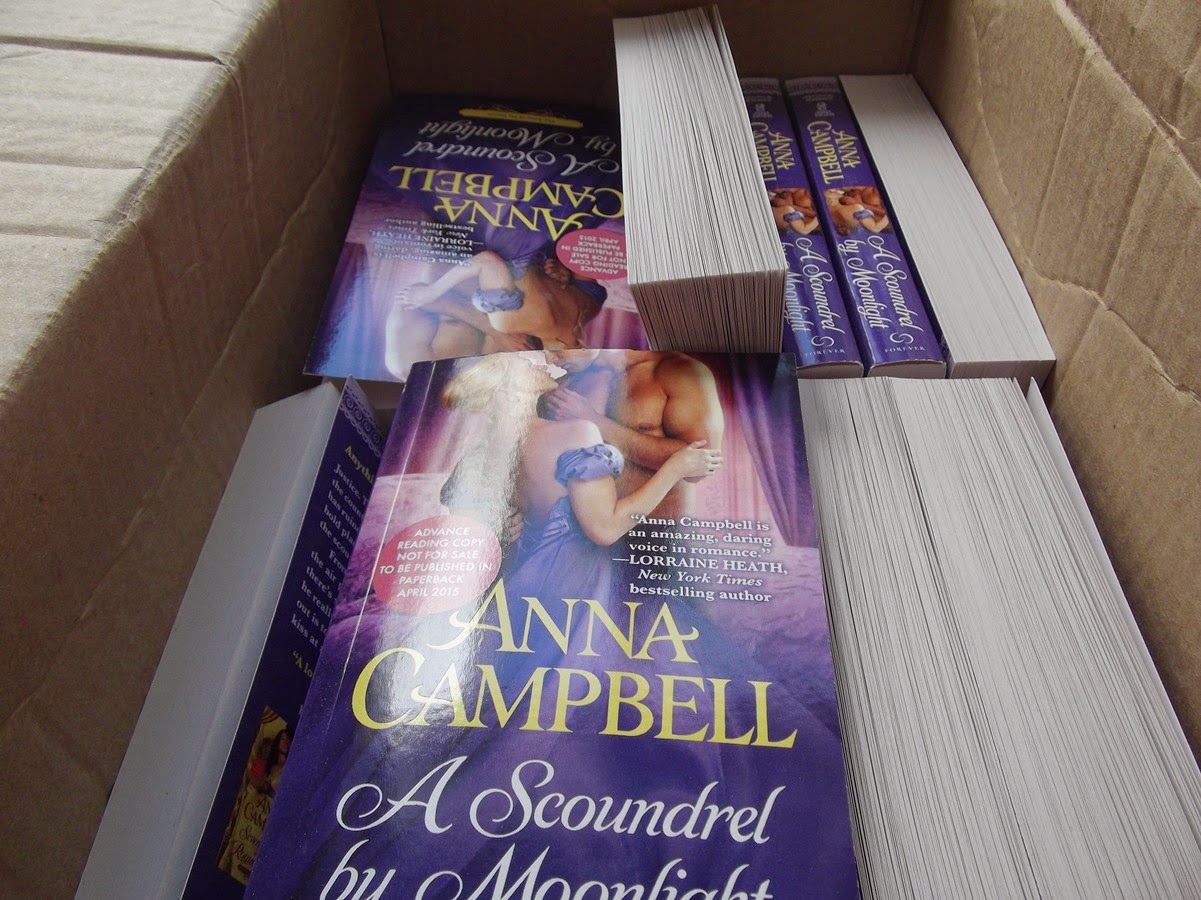 STOP PRESS: Those kind people at Grand Central Forever have sent me some ARCs which arrived this very day (clearly they have great timing!). As a farewell gift to my friends here at the Romance Dish, I'll give one person who comments (international) the chance to win a personalized copy of A SCOUNDREL BY MOONLIGHT. Good luck!
Posted by Anna Campbell at 12:00 AM