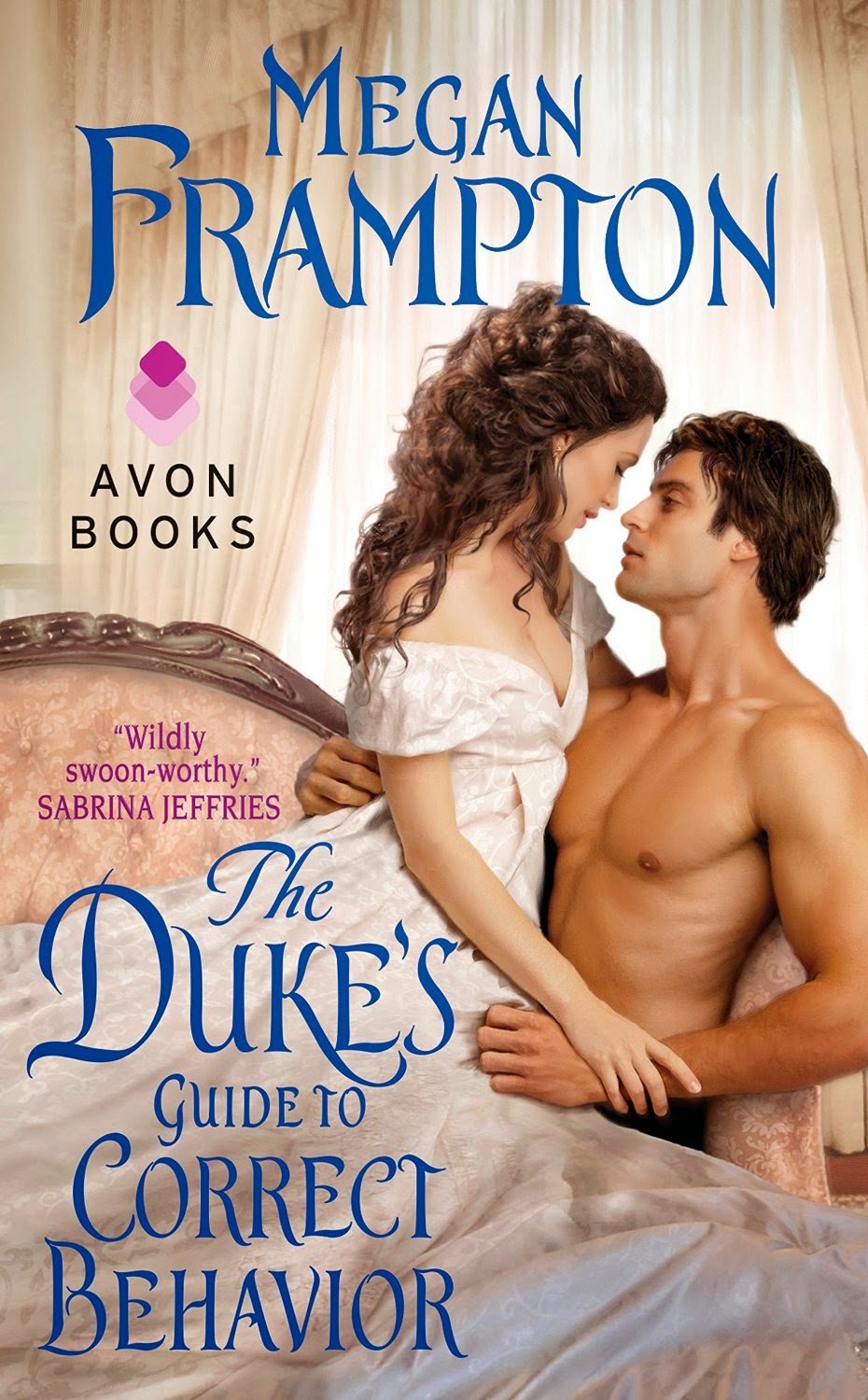 Marcus, Duke of Rutherford, inherited his title unexpectedly when the untimely deaths of his father and his brother left him next in line to the dukedom. He is ill-prepared for his new role, uncomfortable with the power and ceremony that accompany the title, and unenthusiastic about being expected to find an appropriate wife and father the next duke. He has spent the first months of his dukedom drinking, gambling, and fornicating, a lifestyle with which he had grown bored even before he became a duke. Conscious of his ennui, he has no idea how to relieve it until four-year-old Rose, his daughter with a former mistress arrives at his home after the death of her mother. Although Marcus had provided financially for his offspring, he has never seen her and, in fact, was even unaware of the child’s gender. But Marcus sees himself in his young daughter and is compelled to see that her childhood is happier than his. Rose has given him a purpose, and the first item on his agenda is securing a governess for her.

Lily Russell is the only surviving child of a profligate gentleman and his weak spouse. When her father’s death left the family almost destitute, her mother faded away. Lily finds employment in a brothel, not as a prostitute but as a bookkeeper. Even so, it is enough to destroy her reputation if it is known. Eventually, Lily and two friends who also found themselves in “unfortunate circumstances” band together to create the Quality Employment Service, an agency that specializes in providing other desperate women with a means of earning an honest, respectable living and in supplying maids, housekeepers, and governesses to those who need them. When the Duke of Rutherford’s representative presents a request for a governess, Lily knows the duke’s patronage can make the agency. Since no one else is available, Lily goes to fill the position herself.

Lily finds that her new employment requires her not only to teach Rose but also to tutor the duke, whose knowledge of proper behavior is sadly lacking, in how to conduct himself in society. Young Rose quickly captures Lily’s affection, and Marcus, who alternately— and sometimes simultaneously— shocks and charms Lily, claims more of her attention than is safe for her vulnerable heart.  As for the duke, even as he begins the social life expected of a duke, he finds his thoughts centered on his daughter’s governess, who challenges him at every turn. But the distance between a woman with Lily’s past and a duke is too great to be bridged—or is it?

I have a soft spot for governess heroines, and Lily, an endearing combination of innocence and wisdom won my allegiance from the beginning. I was afraid that Marcus was going to be just another bored aristocrat until Rose entered the scene. Watching him learn to be a father and understanding the emotional deprivations of his childhood made him an engaging, appealing character. Rose is a darling, and she is a real child rather that a cardboard cutout designed to evoke a few sighs of pity and aww-moments.

What makes this book a standout, however, is the humor in the conversations between Lily and Marcus and in the interior monologues of both characters. The Duke’s Guide to Correct Behavior is a delightful read, one I recommend without reservation to those who like their romances rich in humor with generous seasonings of poignancy and tenderness. This is the first in a series, and I have high hopes that Frampton will give readers more not only of Lily’s colleagues at the Quality Employment Agency but also of Marcus’s best friend.