On Thursday, July 27th, the Romance Writers of America® will announce the 2017 recipients of their prestigious RITA®. The award, given in recognition of excellence in romance publishing, is named for RWA's first president, Rita Clay Estrada and the annual award ceremony, held this year at the Walt Disney World® Dolphin Resort in Orlando, Florida, is a highlight of RWA's national conference. I'll be there and will be taking lots of photos to share with all of you after the conference. If you want to follow along with the announcements of the winners on the 27th, you can do so on these RWA social media platforms:

RWA will also be once again streaming the ceremony live for everyone who can't be in Orlando. Go to www.rwa.org at 7:00 p.m. (Eastern), Thursday, July 27th to watch.

Today, we're spotlighting the four books that are finalists in the Historical Romance:Long category. 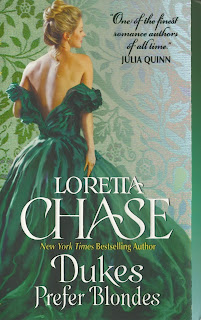 Biweekly marriage proposals from men who can't see beyond her (admittedly breathtaking) looks are starting to get on Lady Clara Fairfax's nerves. Desperate to be something more than ornamental, she escapes to her favorite charity. When a child is in trouble, she turns to tall, dark, and annoying barrister Oliver Radford.

Though he's unexpectedly found himself in line to inherit a dukedom, Radford's never been part of fashionable society, and the blonde beauty, though not entirely bereft of brains, isn't part of his plans. But Clara overwhelms even his infallible logic, and when wedlock looms, all he can do is try not to lose his head over her . . .

It's an inconvenient marriage by ordinary standards, but these two are far from ordinary. Can the ton's most adored heiress and London's most difficult bachelor fall victim to their own unruly desires? 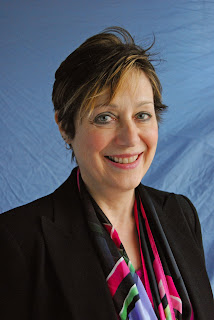 Loretta Chase has worked in academe, retail, and the visual arts, as well as on the street—as a meter maid—and in video, as a scriptwriter. She might have developed an excitingly checkered career had her spouse not nagged her into writing fiction. Her bestselling historical romances, set in the Regency and Romantic eras of the early nineteenth century, have won a number of awards, including the Romance Writers of America's RITA®.

Check it out on Goodreads: https://www.goodreads.com/book/show/23349989-dukes-prefer-blondes 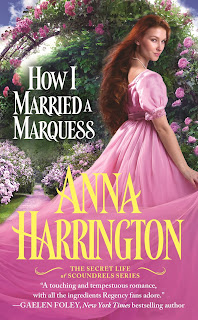 Josephine Carlisle, adopted daughter of a baron, is officially on the shelf. But the silly, marriage-minded misses in the ton can have their frilly dresses and their seasons in London, for all she cares. Josie has her freedom and her family . . . until an encounter with a dark, devilishly handsome stranger leaves her utterly breathless at a house party. His wicked charm intrigues her, but that's where it ends. For Josie has a little secret . . .

Espionage was Thomas Matteson, Marquess of Chesney's game-until a tragic accident cost him his career. Now to salvage his reputation and return to the life he loves, the marquess must find the criminal who's been robbing London's rich and powerful. He's no fool-he knows Josie, with her wild chestnut hair and rapier-sharp wit, is hiding something and he won't rest until he unravels her mysteries, one by one. But he never expected to be the one under arrest-body and soul . . . 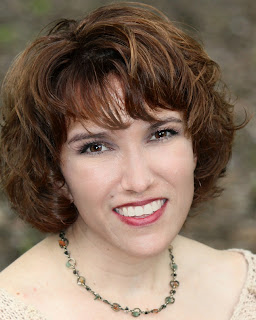 Anna Harrington fell in love with historical romances--and all those dashing Regency heroes--while living in London, where she studied literature and theatre. She loves to travel, fly airplanes, and hike, and when she isn't busy writing her next novel, she loves fussing over her roses in her garden. Visit her website at www.AnnaHarringtonBooks.com or follow her at @aharrington2875.

Check it out on Goodreads: https://www.goodreads.com/book/show/26031192-how-i-married-a-marquess 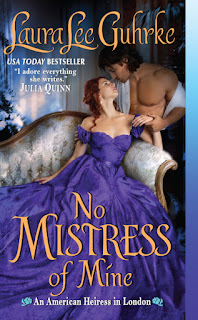 NO MISTRESS OF MINE
by Laura Lee Guhrke
Avon Books
Erika Tsang, Editor

After spending his youth as one of the wildest rakes in the ton, Lord Denys Somerton has devoted the past six years to putting his past behind him. He is determined to fulfill his duties, find a suitable wife, and start a family, but that plan changes when Lola Valentine—the red-haired temptress from his past—returns to London, sparking the same irresistible desires that almost ruined his life once before.

Lola is a woman with no romantic illusions. She knew love would never be enough for a British lord and an American girl from the wrong side of the tracks. For Denys’s sake, she walked away from him and the glittering life he offered. But when an unexpected inheritance brings her back to London, Lola discovers the passion between them is as hot as ever. Can they vanquish it, or will it burn out of control again and destroy them both? 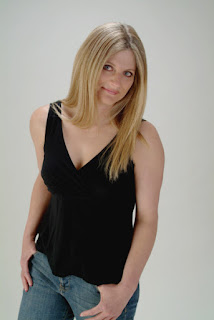 Laura Lee Guhrke spent seven years in advertising, had a successful catering business, and managed a construction company before she decided writing novels was more fun. A New York Times and USA Today bestselling author, Laura has penned more than twenty historical romances. Her books have received many award nominations, and she is the recipient of romance fiction's highest honor: the Romance Writers of America RITA® Award. She lives in the Northwest with her husband (or, as she calls him, her very own romance hero), along with two diva cats and a Golden Retriever happy to be their slave.

Check it out on Goodreads: https://www.goodreads.com/book/show/20047010-no-mistress-of-mine 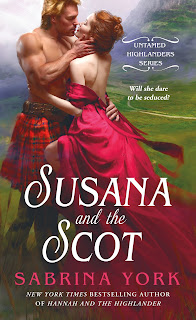 Andrew Lochlannach is famous for his conquests, on and off the battlefield. When a fellow warrior challenges him to a kissing contest, he wastes no time in planting his lips on ninety-nine lovely lasses-an impressive feat of seduction that gets him banished to the hinterlands. Still, Andrew has no regrets about his exploits-especially his embrace with the most beguiling woman he's ever met...

With flaming red hair and a temper to match, Susana is not some innocent farmgirl who gives herself over easily to a man, even one as ruggedly handsome as Andrew. The wicked Scot may have won a kiss from the headstrong beauty in a moment of mutual desire, but Susana refuses to be just another one of his conquests. Andrew must convince the fiery lass that even though he is not playing a game, losing her is not an option... 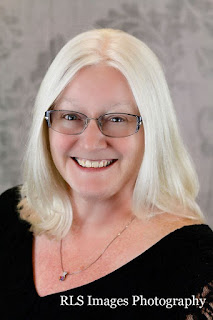 Her Royal Hotness, Sabrina York, is the New York Times and USA


Today Bestselling author of steamy, humorous romance. Her titles range from sweet & snarky to scorching romance-historical, contemporary & paranormal. Visit her webpage at www.sabrinayork.com to check out her books, excerpts and contests.

Check it out on Goodreads: https://www.goodreads.com/book/show/25101432-susana-and-the-scot


Click bit.ly/RITA17BlogTour to visit the other stops on the tour.


Have you read any of the books in this category?
Do you have a favorite?
Will you be in Orlando for the RWA Conference or watching the live stream?

One person leaving a comment before 11:00 PM, July 22, 2017 will receive a package of historical novels from my conference stash.  (U.S. only)