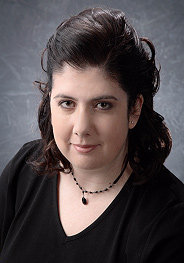 Sariah Wilson has never jumped out of an airplane, never climbed Mt. Everest, and is not a former CIA operative. She has, however, been madly, passionately in love with her soulmate and is a fervent believer in happily ever afters—which is why she writes romance. She grew up in southern California, graduated from Brigham Young University (go Cougars!) with a semi-useless degree in history, and is the oldest of nine (yes, nine) children. She currently lives with the aforementioned soulmate and their four children in Utah, along with three tiger barb fish, a cat named Tiger, and a recently departed hamster that is buried in the backyard (and has nothing at all to do with tigers).
Sariah's book ROYAL DATE was selected as one of the first winners in Amazon's Kindle Scout program and is Kindle Press's most successful author to date. She has sold five books to Montlake Romance, three to Kindle Press and helped launch Amazon Publishing's Kindle In Motion technology with her latest release, ROYAL DESIGN. She was given her own Kindle World for THE ROYALS OF MONTERRA. Sariah has repeatedly hit Amazon's overall Top 100 (both in and outside the U.S.) and been a #1 bestseller on Amazon category lists multiple times. Her books have been featured in USA TODAY and GLAMOUR UK.

Sariah joins us today to share her own personal starstruck story. Welcome, Sariah!


A Movie Star Asked Me Out and I Accidentally Said No

Have you ever wondered what would happen if you met your favorite celebrity? What if he showed a romantic interest in you? Those questions and a real-life experience with my teenage celebrity crush helped to inspire the idea for my just-released novel #Starstruck. Keep reading for the slightly mortifying story of what happened when I met the oh-so-dreamy Stephen Dorff in person.

The summer after I graduated from high school, I scored some free Disneyland tickets to see my favorite music group perform live. I dragged one of my best friends, Kenyetta, along with me and my family. We, of course, ditched my large family immediately and went to the concert. After the show Kenyetta indicated that she needed to get money from the ATM, so we headed out toward the front gates and got into the line. 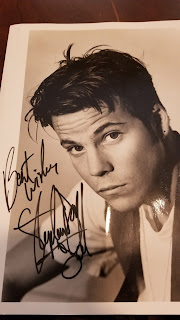 There was a shorter guy in front of me, flanked by two taller men. He turned around briefly and my heart stopped. It was actor Stephen Dorff. Being a lifelong fangirl (before being online was a thing), I bought teen magazines by the truckload and cut out pictures of my favorites to hang up. I’d seen Stephen in “The Power of One” and had thought he was so, so cute. His picture literally hung on my bedroom wall. And now that gorgeous, drool-worthy man was standing right in front of me.

I turned and whispered frantically to Kenyetta, “That’s Stephen Dorff.”

“Who?” she asked me, confused.

He wasn’t as well known then (his infamous roles in Aerosmith’s “Cryin’” video with Alicia Silverstone and “Everytime” with Britney Spears were still a ways off), but pop culture connoisseur that I was (still am), I knew EXACTLY who he was. I was giddy with excitement.

And I didn’t know what to do about it. (Pre-selfie days, remember?)

I apparently wasn’t very quiet as I tried to explain all this to my friend. He must have overheard me because he turned around and flashed me a brilliant, movie star-esque smile. “Hey. How’s it going?”

Me (squealing inside as my heart pounded and my palms turned sweaty): “You’re Stephen Dorff, aren’t you?”

He laughed and nodded. “Yeah.” 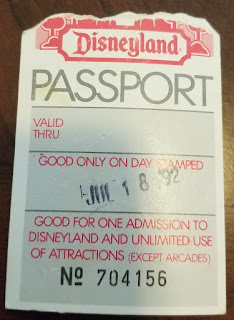 “I need your autograph. Will you sign something for me? No one is going to believe this! Stay right here.” I didn’t wait for his answer. I had to find a pen, because I didn’t have a pen. Somebody HAD to have a pen. Despite the fact that I am a total introvert, I approached multiple strangers asking if they had a pen. I finally found a purple Disney themed one at the fourth family I spoke to, where I promised to bring it back immediately (and may have even promised my firstborn, that’s how desperately I needed a writing utensil). Stephen and his friends looked beyond amused as I returned.

I handed him my Disneyland ticket stub, the only thing I had that he could sign. He autographed it for me and I think he asked us a question, which I couldn’t hear because I was FREAKING OUT.

Then, totally unprompted, I proceeded to interject, “I have a picture of you on my bedroom wall!” That made him and his friends laugh, and they elbowed him and teased him about that one. 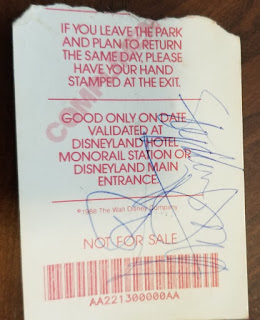 He handed the ticket stub back to me, and I had to return the pen. When I came back, he was in the middle of using the ATM. One of his buddies also got some cash out and while we waited Stephen said, “My friends and I are going dancing here in the park at 7:00. Would you guys like to meet up with us?”

Now, had I been in my right mind, the obvious answer to such a question from a Movie Star/Poster Guy From Your Wall is “That sounds like fun!” or “Maybe we can work that into our schedule” or “YES, YES, OMG YES.”

What did I say?

Not only that, but my brain did not comprehend what had just happened or how ridiculously uncool I’d just been (I had to meet my mom? Huh?).

“Oh. Okay. Cool. See you around,” he said. We said goodbye and I stood there, slack jawed, unable to process. He was so, so pretty. A little short for me, but ridiculously hot.

Kenyetta slid in her bank card. “What is wrong with you?”

“Your actor just asked you out, and you said no.”

“He what?” Now, I’m not a dumb person. My only explanation is that I’d never met a celebrity before and was so frazzled by the whole thing I didn’t see what was happening right in front of me.

She pointed the direction he had gone. “He asked us to go dancing, like on a date, and you said no.”

My brain sputtered at this information. What? He’d asked me out? I said no? When had any of that happened?

It took me a minute to realize the truth of what she said. I grabbed her by the sleeve, desperate to fix my mistake. “Come on.”

We tried to catch up to him and his friends, but I never saw him again. We tried to find him that evening at the music venue in Tomorrowland, but he didn’t show up.

Which was probably a good thing as I was a very naïve and innocent 17-year-old and Stephen Dorff…was not.

But now, every time that I see him on screen (such as his recent role as Star’s father on Fox’s “Star”) I get a little smile and remember that day and wonder what might have been.

Readers, have you ever had a celebrity encounter?

Who was your teenage celebrity crush?

Who are you crushing on these days? 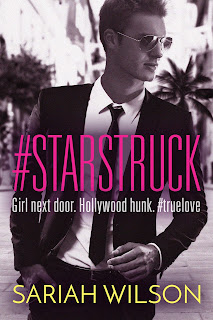 “You’ve done better.”
With one uncharacteristically sassy tweet to her longtime celebrity crush, Zoe Miller’s life turns upside down. Ultrahot A-lister Chase Covington doesn’t just respond to Zoe’s tweet, he does the unthinkable: he messages Zoe directly. Now she must decide between walking away or meeting her crush in person.
Chase knows better than to trust anyone from the Internet, but Zoe’s saucy challenge has totally caught his interest—and her girl-next-door personality is keeping it. He’s been burned enough to know he needs to keep his heart close. But his feelings for Zoe might be a lot more than just an online flirtation. He just has to convince her…
When the press gets wind of Zoe and Chase’s secret relationship, their romance turns into tabloid headlines. Will they be able to hold on to their Hollywood love story?
Posted by pjpuppymom at 12:30 AM