Release Blitz - - The Siege: A Novel by Marilyn Baron

A journey of self-discovery leads to love and passion in the search for a family's hidden past...

Artist Theia Constas receives a tour of Italy from her grandmother as a college graduation present. Before she departs, her ya-ya's deathbed revelation of a cache of WWII photographs and love letters extends Theia's itinerary to Crete in search of her unknown grandfather, a promising artist who studied under Chagall but didn't survive the war.

Wade Bingham, an actuary who always follows the rules and calculates the odds, finds himself alone on his honeymoon trip, wondering why his fiancee jilted him at the last minute.

In the wrong place at the wrong time when their hotel in Florence, Italy is besieged by terrorists, the two strangers find themselves thrust together in Wade's honeymoon suite. Immediately attracted to each other, Wade conducts a siege of his own to win Theia's heart.

Excerpt
The Siege
“Go back to your room,” the American tour director ordered, shouting at the woman.

“I can’t get the door to open,” Theia protested, thrusting her key card at him in frustration.

The tour director hurriedly took the proffered card in sweaty hands and tried the lock, which didn’t click.  He jammed the key card into the slot again, to no avail.

A man opened the door and stuck his head out of the room. “What’s wrong? Is this some kind of a fire drill?”

“It’s no drill. Get back in your room and shelter in place until I give the all-clear. Don’t open the door to anyone.”

The tour director returned Theia’s card. “Get back in your room with your husband.”

“This is my room, but he’s not my husband,” Theia insisted.

“There must be some kind of mistake,” the man in the room announced. “This is my room.”

The tour director grabbed the woman’s key card again and examined the key holder. He shook his head, rolled his eyes, and looked at Theia like she was a recalcitrant child. “You’re on the wrong floor, miss. This is Room 515. You’re in Room 415.”

“I’m sorry.” Theia blew out a breath and turned to leave. The tour director blocked her way.

“Excuse me, but I need to get back to my room.”  Tears of exhaustion pooled in her eyes. She wanted to scream.

“I’m afraid you can’t go anywhere. We’ve disabled the elevators for your safety, and hotel security is blocking the stairs, for now.” He ushered her into Room 515 and pushed her into the arms of the man standing at the door.


In The Siege, Theia makes a pilgrimage to Crete to search for information about her grandfather and other Jews on the island who perished during WWII.

Have you researched your ancestry?

Have you visited any of the countries/areas where your ancestors once lived? 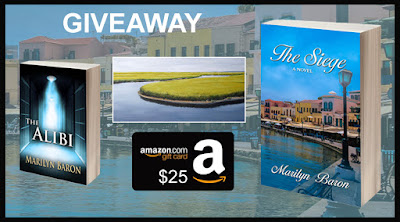 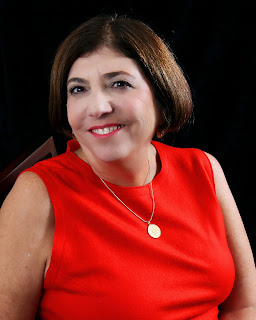 Marilyn Baron writes in a variety of genres, from women’s fiction to historical romantic thrillers and romantic suspense to paranormal/fantasy. Her latest book, The Siege: A Novel, a mainstream women’s fiction set in Italy and Greece, released January 8, 2018, is her 14th novel with The Wild Rose Press, Inc. and her 23rd work of fiction. AmazonEncore republished her psychic suspense novel Sixth Sense in 2015. She is also one of six authors of Love Around the Table, a short story anthology published November 1, 2017. She’s published five short stories with TWB Press.

She’s received writing awards in Single Title, Suspense Romance, Novel With Strong Romantic Elements and Paranormal//Fantasy Romance. She is The 2017 Finalist for the Georgia Author of the Year Awards in the Romance Category for Stumble Stones: A Novel.

A public relations consultant in Atlanta, Marilyn graduated with a BS in Journalism (Public Relations) and a minor in English (Creative Writing) from the University of Florida. She worked in Public Relations for AT&T in Atlanta for 13 years before starting her own PR firm.

She serves on the 2017-2018 Roswell Reads Steering Committee and the Atlanta Authors committee and she presented on an Atlanta Writers Club panel at the 2017 AJC-Decatur Book Festival.

Read more about Marilyn’s books, short stories, and other works of fiction at http://www.marilynbaron.com.