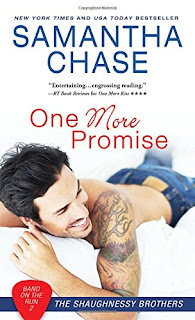 With rehab behind him and a determination to create a different life for himself, Dylan Anders, bass player for the rock band Shaughnessy, is making changes in his life. With the band on hiatus, he is not sure where to start until his manager suggests he take part in a literacy campaign. He is uncertain about sharing his own history with reading problems, but the speaking engagements, commercial shoots, and print ads will fill in empty time and the campaign will assure him of some positive publicity to counteract the negative media coverage surrounding his reasons for entering rehab.

Paige Walters may be a senior account executive at her father’s Los Angeles PR firm, but she is still stuck in the lifelong pattern of coming second to her older sister in her father’s mind. Somehow Ariel always gets credit for Paige’s ideas and hard work, and Paige ends up doing scut work for a campaign of which Ariel is the titular head. But the literacy campaign is Paige’s project. She is passionate about the cause. She conceived the idea, she planned the authors who will be part of the campaign, and she expects to head it. But the pattern holds true. Ariel jettisons the authors, substituting celebrities more likely to generate media interest, and the campaign become hers with Paige once again rushing to do all the work her sister fails to do.

No change to her plans makes Paige unhappier than being assigned to babysit Dylan Anders. The bad-boy rock star does not fit her image for a literacy campaign at all, and her experience with the costs of drunk driving makes it difficult not to judge his past actions harshly.  Still, she cannot deny that the tattooed rocker is sexy enough to fuel her fantasies, and as they spend time together, she finds that she has misjudged him. For his part, Dylan, who expected Paige to be a stereotypical librarian whom he could easily charm, finds himself intrigued by Paige’s honesty, lack of pretensions, and disregard of his fame. Soon the bad boy and the good girl are tumbling heart over head in love, but can Dylan ever truly overcome the reputation he earned during his hard-party years?

One More Promise is the second book in Samantha Chase's Band on the Run series, a spinoff of her Shaughnessy Brothers books. I'm not a huge fan of rock star-hero books, but I enjoyed the Shaughnessy Brothers books, including This Is Our Song, with Riley Shaughnessy, the band's lead singer as hero. I was less enthusiastic about the first book in the spinoff (One More Kiss), but liked it enough to want to read this one. I found Dylan an interesting character, although not always a likable one, but I wanted to see his history explored more fully. Family connections are generally a strength of Chase's books, but that was not the case here. I never really understood Dylan's relationship with his parents, and I disliked Paige's father and sister. And I grew impatient with Paige's slowness to stand up to them.

Readers who are fonder of rock-star characters than I am may enjoy this one more than I did. I didn’t hate it, but I doubt that I will ever reread it. Rereadability is the quality that separates the good books from the just-okay ones for me. One More Moment, Julian’s story, releases in September. I’m a series addict and so have added it to my list, but I have a feeling that Until There Was Us (May 1, 2018), a new addition to the Montgomery Brothers series, is closer to the books that put Chase on my list of checkout-the-new-book authors.