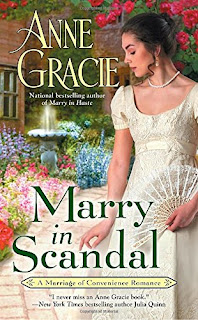 Anne Gracie has written another winner! Despite a kidnapping plot that comes distressingly close to melodrama with a villain who is little more than a handy device, the second marriage-of-convenience tale is a charming story of two likable characters who deserve their HEA. Edward is an appealing hero, a veteran of the Napoleonic Wars whose scars are deeper than anyone suspects. However, Lily is the heart of this book. She begins as a shy girl with a crippling lack of self-esteem, but as life tests her, she grows into a woman of strength and self-knowledge who has the courage and the wisdom she needs to fight for what she wants most. Lily totally won my heart. She is one of my favorite Gracie heroines, right up there with Kate Farleigh (Gallant Waif), Lady Helen “Nell” Freymore (His Captive Lady), and Daisy Chance (The Summer Bride).

A superlative cast of secondary characters offer additional reasons to love this book. Gracie fans will be happy to see more of Cal and Emmaline (Marry in Haste) and to see the connection to characters from the Chance Sisters series expanded. Rose and George become increasingly interesting, leaving readers eager for their stories. Gracie has a history of creating well-drawn, memorable older women characters, and in this book, she adds an older man to her repertoire. Edward’s grandfather is a dear, a kind, caring man who loves his grandson enough to respect his autonomy.

If you enjoy historical romance with characters who will steal your heart and a story that will leave you laughing at times and wiping away tears at times, if your favorite stories are those in which the hero and heroine rescue each other, I highly recommend this book. 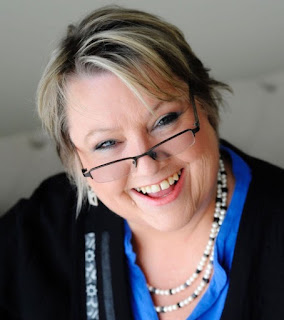 Janga: I have a question about an earlier series. Can you share any news about Marcus's story? I still long to see the last Renfrew brother get his HEA. (PJ: Me too!)

Anne: Oh, Janga (and PJ), so many people ask me about Marcus. Even though that series finished several years ago, I still get emails asking for his story, and I love that people remember him and want his HEA - - thank you!

I do want to write it - - I'd actually started on it, but it wasn't contracted and my then-editor had read my proposal for the new series (Autumn Bride, etc.) and wanted me to start on that instead of Marcus. When I do write his story, I'll self-publish it, but I'm no good at working on two stories at once, and Marcus's story (as it exists in my head) is a full length novel, not a novella, and I'm not a speedy writer, so while I have contracted books to write, that's what I have to do. But one day Marcus's book will come. 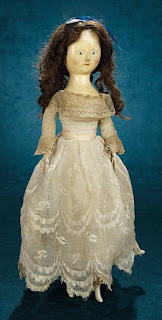 I'd love to give away a book to someone who leaves a response to this: In the prologue (which you can read here) Lily has a beloved doll called Arabella. Did you have a favorite doll as a child, or was there some kind of toy you loved? (Mine was my teddy.)