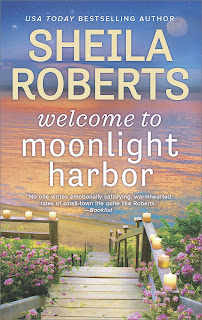 Once happily married, Jenna Jones is about to turn forty, and this year for her birthday—lucky her—she’s getting a divorce. She’s barely able to support herself and her teenage daughter, but now her deadbeat artist ex is hitting her up for spousal support…and then spending it on his “other” woman.Still, as her mother always says, every storm brings a rainbow. And when she gets a very unexpected gift from her great-aunt Edie, things seem to be taking a turn for the better. Aging Aunt Edie is finding it difficult to keep up her business running The Driftwood Inn, so she invites Jenna to come live with her and run the place. It looks like Jenna’s financial problems are solved!Or not. The town is a little more run-down than Jenna remembers, but that’s nothing compared to the ramshackle state of The Driftwood Inn. Aunt Edie is confident they can return it to its former glory, though Jenna feels like she’s jumped from the proverbial frying pan into the beach fire.But who knows? With the help of her new friends and a couple of handsome citizens, perhaps that rainbow is on the horizon after all. Because, no matter what, life is always good at the beach.

I don't know about you but that excerpt has made me even more excited for this first book in Sheila Roberts' new Moonlight Harbor series!

Readers, have you ever moved to, or visited, someplace that was not what you expected?

What's your favorite flavor of ice cream? I'd like to try some Sand Pebble!

As the book blurb says, "Life is always good at the beach." Where's your happy place?

Sheila Roberts has generously offered three giveaways today. Two randomly chosen people who post a comment will each receive a copy of Welcome to Moonlight Harbor (winner's choice of print or digital - print to U.S./Canadian addresses only). One randomly chosen person leaving a comment will receive a fun Moonlight Harbor gift package put together by Sheila. (U.S./Canada only) Deadline to leave a comment for the giveaway is 11:00 PM (eastern), April 9, 2018. 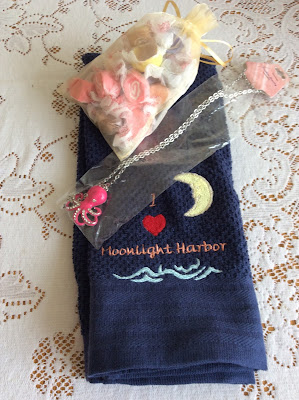