Meet the Worthingtons. Start with eleven kids, two great danes and two houses filled with family and friends all looking for happily ever after. Add love and laughter, and hijinks and shenanigans ensue. Discover strong women who know what they want and the devoted men who can’t live without them. The Worthingtons—where Regency romance is a family affair. It’s time to fall in love. 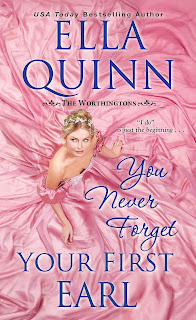 Within the Worthingtons’ extended family circle, laughter and romance rule, and a young lady never settles for less than true love . . .

With her three good friends all recently married, Elizabeth Turley is ready for some husband-hunting of her own. One gentleman in particular sparks her interest. Geoffrey, Earl of Harrington is tall, handsome, and dashing. He’s also just a bit too sure of himself. But Elizabeth has observed enough about the rules of attraction to pique the earl’s attention. Yet once she has it, the discovery of a troubling secret taints her future happiness . . .

Lord Harrington must marry or lose a prestigious position in Brussels, and pretty, well-connected Elizabeth fits his needs admirably. But could it be that he has underestimated his bride? She doesn’t bat an eye in the face of the danger they encounter overseas. She’s strong-willed, intelligent, and more enticing each day—yet also more indifferent to him. Now Geoffrey faces his greatest challenge: to woo and win his own wife, or risk losing her for good . . .

Littleton had to be the reason Miss Turley didn’t have another set to give Geoff.
Damn it all to perdition. He hadn’t liked the man at Eton or university, and he damn sure didn’t like him now that the blasted fellow was trying to steal his bride. Everything came too easily to Littleton, and Geoff was bound and determined that Miss Turley would not be one of them. She was his.
He just had to find a way to make her—and everyone else in the ton—understand that simple fact.
There must be something he could do. If things progressed as they had with Lady Charlotte, he’d lose Miss Turley as well. That meant losing his position with Sir Charles. An untenable proposition.
Turning to walk out of the ballroom, Geoff ran into one of the people he least wished to see. He bowed. “Cousin Apollonia, how are you this evening?”
“Better than you, I dare say.” She’d raised one brow, and her tone was as dry as the desert. “I can only assume you did not take her ladyship’s advice.”
He was not going to have this conversation. Not now when his temper was already frayed to a fine thread. There was only one thing to do. Geoff inclined his head. “Please excuse me,” he said in his haughtiest tone. “I was just leaving.”
“I do not doubt it.” His cousin’s remark was like a knife twisting in his gut. “Mayhap next time you will listen to older and wiser heads.” She glanced to where Miss Turley danced with Lord Littleton. “Two in one Season. I wish you better luck next time, but I doubt you will have it.”
As Geoff strode off with as much dignity as he could muster, his cousin’s light laughter followed him. He was not going to be made a fool of. Somehow he would get back into Miss Turley’s good graces.
Twenty minutes later he strode into his rooms and began searching his desk. “Nettle!”
“I did not expect to see you so early, my lord.”
“The ball was a dead bore.” Papers spilled off the desk scattering on the floor. “I need that list.”
“List, my lord?” Geoff’s valet stood just out of arm’s reach or he might have grabbed the man. He had always prided himself on his calm temperament. Now he wanted to strangle someone.
“Yes. I threw it on the desk a few days ago after I got back from my grandmother’s house.”
“And would the list have been in her ladyship’s hand, my lord?”
“More likely Cousin Apollonia’s.”
He raked his fingers through his hair. “Blast it all. Where could it be?”
Nettle stepped forward, opened a drawer, pulled out a piece of paper, and held it between his thumb and forefinger. “Would this be what you are searching for, my lord?”
Geoff snatched it from his valet’s hands. “Yes.” He read down the items. “First thing tomorrow I want you to go find roses.”
“Roses?” His valet’s brows rose briefly. “What kind of roses, my lord?”
He read the list again. “Pink. Have them put some greenery with them as well.”
“And after I have procured the blooms?” Nettle appeared perplexed as he well might. With one major exception, that had made him look like a popinjay, Geoff had never given flowers to anyone.
“I’ll have a note ready to go with them to Miss Turley.”
“Ah, very good, my lord. I will endeavor to arrive at the market when it opens. I believe this will require my personal interest.”
“Good man.” He poured himself a large glass of brandy. “Have the messenger wait for an answer.” Geoff just hoped she didn’t take an hour to respond like she had the last time. Although then, he had not been on pins and needles wondering if she would accompany him instead of already having an engagement with Littleton.

Ella Quinn has lived all over the world, including three years on a sailboat in the Caribbean. If money was no object, where would you choose to live?

We have two giveaways today: one for U.S. addresses and one international. Each randomly chosen winner will receive a print copy of You Never Forget Your First Earl and a choice of either Three Weeks to Wed (Book 1) or The Marquis and I (Book 4). 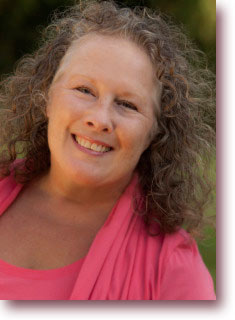 USA Today bestselling Regency author Ella Quinn lived all over the United States, the Pacific, Canada, and Europe before discovering the Caribbean and living on a sailboat for three years with her husband and a Portuguese Water Dog. She's currently living in Germany, happily writing while her husband is back at work, recovering from retirement. Learn more about Ella and her books at her website, connect with her online at Facebook and Twitter, and follow her at BookBub.


Buy links for You Never Forget Your First Earl:

Kobo
Posted by pjpuppymom at 12:30 AM