Review -- The Care and Feeding of an Alpha Male

The Care and Feeding of an Alpha Male 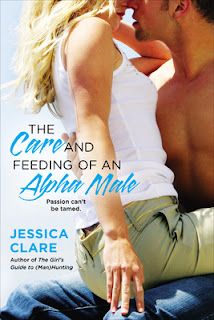 Beth Ann Williamson grew up in privilege as the daughter of small-town Bluebonnet’s mayor. She has never wanted for anything—including during her off and on relationship with her high school sweetheart, Allan—except for maybe a little fidelity. That’s not too much for a girl to ask for, is it? Apparently, it is. Beth Ann is tired of Allan’s frequent cheating and is especially tired that the rest of the town does not believe that their relationship is finally over.


No one knew why they’d finally broken up, just that they had. Beth Ann hadn’t wanted to destroy his character in town—that didn’t seem fair to a man she’d spent nine years with. And she didn’t hate him, not really. She was just disappointed in him, and in herself most of all for putting up with it for so long.


Beth Ann opened a salon, a long-time dream, and wants to make it on her own. At a silent auction for the Bluebonnet Historical Society, Beth Ann’s mother approaches her to ask a favor. She wants her to discreetly find Lucy, Beth Ann’s seventeen year old sister, who her mother believes ran off for the weekend to a costume group’s camp out with a guy nicknamed “Colossus”. By the time Beth Ann gets to the site, it is raining cats and dogs. In fact, it’s raining so bad that while she’s out searching for Lucy, the local fire department comes to evacuate the campground.


Survival expert Colt Waggoner is one the volunteers helping to evacuate the site. Everyone is accounted for except for whoever owns the VW bug. Colt searches for the owner and discovers the town’s high and mighty princess, Beth Ann Williamson, looking messy and bedraggled. The two have a prickly relationship, at best, despite each of their best friends being engaged. Beth Ann snaps at him when he finds her, thinking that her best friend set her up. Colt decides to teach her a lesson claiming that they are stranded and have no choice but to seek shelter for the night. As Colt helps her, Beth Ann begins to soften toward him and he realizes that she isn’t who he thought she was...which makes him feel a bit guilty about deceiving her. Soon, their mutual attraction is difficult to deny.


Wouldn’t the town just love that, he thought with a wry twist of his mouth. Sweet, perfect Beth Ann, stolen away from handsome Allan Sunquist by one of the white-trash, no-good Waggoners.


Colt and Beth Ann grew up in the same town, but on the opposite side of the tracks. While in high school, she was the popular girl with the popular guy, while Colt was one of the trailer-park-trash Waggoner brothers. He left right after high school to join the marines in the hopes of making something of himself...and he did. He is the quintessential alpha male who is protective of what’s his. And once he and Beth Ann start dating, she falls into that category. At first, Beth Ann doesn’t know what to think about what is transpiring between her and Colt, but one thing she does know is that Colt is definitely not Allan. Colt doesn’t question everything she does, nor does he hold her back from doing what makes her truly happy. I’m not sure if I could have done like Beth Ann and held out on telling people why she and Allan broke up, but I chock that up to Beth Ann’s good-natured character. These two had scorching chemistry and the love scenes were smoking hot and plentiful. The secondary characters helped advance the story and two in particular have me counting down the days until their story is published.


If you enjoy super spicy small town romances, The Care and Feeding of an Alpha Male is one that I definitely recommend!