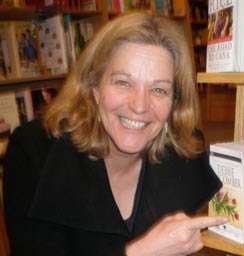 We are thrilled to welcome back the lovely and talented Miranda Neville! Miranda is the author of the wildly popular Burgundy Club series--The Wild Marquis, The Dangerous Viscount, The Amorous Education of Celia Seaton, and Confessions from an Arranged Marriage. Her newest historical for Avon, The Importance of Being Wicked (out NOW!), is the start of a new series called The Wild Quartet. It sounds terrific and I can't wait to read it! Please give Miranda a warm welcome as she brings you some eye candy and the cutest video! 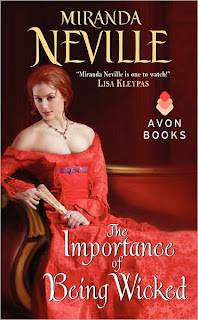 I’m having a minor meltdown, what with a book releasing this week and another manuscript due to my editor in about five minutes.


Does she offer to cook? No. Instead she offers an idea for the blog: pictures of celebrities that inspired my characters. Trouble is, I never cast my characters. And I’m lousy at remembering celebrities. So I give the dear girl descriptions and she gives me a list of names to google. She did a pretty good job. (Thank you, Becca and her friend Natasha.)


Let’s start with the heroine and hero of THE IMPORTANCE OF BEING WICKED, released yesterday.

Caro Townsend is a naughty girl. She eloped at the age of seventeen with a man who turned out to have a gambling problem and she’s now a widow without enough money. Though not a gambler herself, she’s a bit of a spendthrift. If she lived these days she’d run up her credit cards, though she really doesn’t mean to. I like this picture of Emma Gillan because it captures Caro’s quirky charm. But Caro isn’t all fun and jokes. She has a boatload of problems and underlying unhappiness that she isn’t facing.

Caro’s hero, Thomas, Duke of Castleton, is her opposite. He’s conventional and responsible and he needs to marry an heiress. But he takes one look at Caro and falls for her like a ton of bricks. She’s equally attracted, physically, but it takes a while for her to appreciate the wonderful, humorous, and genuinely good man beneath the stuffy exterior. When I saw Chris Hemsworth I said “Bingo.” Thomas doesn’t have a beard (facial hair was not in fashion) but there is a scene when he hasn’t shaved for a day or two…


He didn’t see her at first, but heard her voice. She was after all on the short side, as was Oliver Bream, her inevitable escort. But those smoky tones reached him and did something odd to his beating heart.


“I wonder how soon Lord Stuffy will be here."


Thomas tapped on the shoulder of the last body that stood between him and Mrs. Townsend.


“Good evening, ma’am,” he said with a polite bow. “Bream.” A brief nod for the artist.


She smiled, Bream nodded back.


“I don’t like to be particular,” Thomas went on, “but that really should be the Duke of Stuffy, you know. Or, if you insist on ceremony, His Stuffiness.”


Her smile stretched to a delighted grin. “No formality between friends, surely. I shall simply call you Stuffy.”

On to the secondary characters, who will appear in later books in The Wild Quartet series. 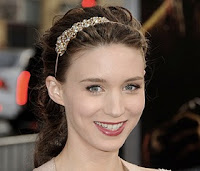 Anne Brotherton, Caro’s cousin, is the heiress Thomas initially courts. She’s quiet and a bit of a bluestocking. Is there a wild woman underneath the prim exterior? Looking at Rooney Mara I’m guessing the answer is yes. 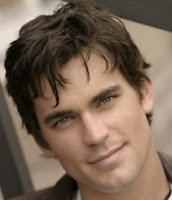 Marcus, Viscount Lithgow, is a very bad boy in serious need of reform. Is Anne up to the job? We’ll find out in AN IDEAL SCOUNDREL, coming next summer. Matt Bomer is an actor whose gorgeosity is imprinted even on my feather brain, so when his name came up I had no need to look further. 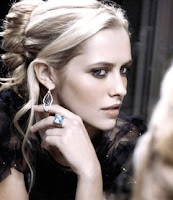 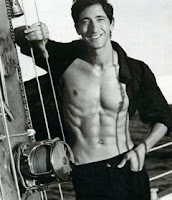 Then there’s Caro’s friend Cynthia, a bit of a dark horse (though a blonde one). Teresa Palmer is perfect. And the slightly sinister Julian, Duke of Denford. I took one look at this picture of Adrien Brody and went “Hell, yes.” I’m not saying if these two are destined for each other. 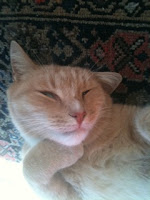 Finally, I have to mention Caro’s cat, Tish. Casting Tish was no problem. My inspiration lives in my house and his name is Ernie.


I have a huge and abiding crush on Richard Armitage, though I have been known to stray (see Matt Bomer, above.). The great thing about celebrity relationships is that infidelity is perfectly acceptable!


Who’s your current celebrity boyfriend? Are you a one-man girl or a polyandrous drooler? One commenter will win a signed copy of The Importance of Being Wicked. You can read an excerpt here.

Email ThisBlogThis!Share to TwitterShare to FacebookShare to Pinterest
Labels: Andrea, Contest, Miranda Neville, The Importance of Being Wicked, Today's Special