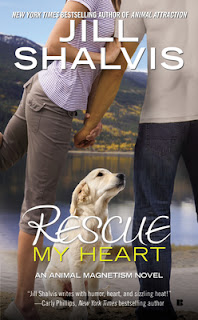 Adam Connelly enjoys his easy-going life living near the base of the beautiful in Sunshine, , and his job as the region’s Search & Rescue team leader. It is the perfect place for a returning soldier suffering from PTSD. He also runs Belle Haven, a veterinary clinic, with his brothers—which is both a blessing and a curse. He knows how lucky he is to have family so close, but sometimes he just wants to be left alone. After getting back from a grueling rescue with a minor injury and no sleep, Holly Reid, a blast from Adam’s past, shows up at his door asking for help.  She desperately needs him to find her father, Donald, who has been gone for days in the mountains and is not answering his phone. Because Donald is a friend, Adam agrees, but prefers that he go alone—especially since there is a snowstorm on its way. This, of course, does not sit well with Holly.


If Adam wasn’t the very best tracker for many miles around, Holly wouldn’t bother asking him for help. After all, twelve years ago he made it painfully clear that whatever relationship they had was over. But she knows she can’t do it alone, so she swallows her pride and asks for help. Because it’s her father out there, Holly insists on going with him and they make the trip together. But during the search, they uncover more than her father. And after they return to Sunshine, they must deal with their reawakening attraction and come to terms with what happened in the past.


Rescue My Heart is another winner from Jill Shalvis! Readers have been dying for broody Adam’s story and it certainly didn’t disappoint. In the last book, Holly made an appearance and you could feel the tension between them. Adam isn’t looking for any relationship beyond sex because he doesn’t want to drag any woman into his darkness, especially Holly, whom he believes deserves more. He’s not the kind of guy who opens up to anyone and I felt for him.


Holly spent one summer in Sunshine when she was eighteen, but it was a summer that she never forgot because she fell in love with Adam. Twelve years later, she made the decision to move to Sunshine from , where she ran that end of her father’s business. She wants to make a fresh start by helping her father, who is getting older, and to get away from her ex-husband.


I loved watching the always-in-control Adam clash with the stubborn, driven Holly. There is plenty of snappy dialogue between the two, but there is also a great deal of emotion. They both have issues and feelings that must be dealt with, which make the end result that much sweeter.


I was thrilled when I read that Ms. Shalvis is writing another book in this series featuring two people that we meet in this one. I can’t wait for it! In the meantime, do yourself a favor and pick up Rescue My Heart!

Rescue My Heart has a reunited lovers theme. What are some of your favorite books featuring reunited lovers? What’s your favorite Jill Shalvis book? One random commenter will win a copy of Animal Attraction, the previous book in the Animal Magnetism series! ( addresses only, please.)
Posted by Andrea at 12:30 AM