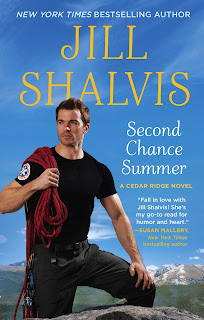 Cedar Ridge, Colorado, is famous for crisp mountain air, clear blue skies, and pine-scented breezes. And it's the last place Lily Danville wants to be. But she needs a job, and there's an opening at the hottest resort in her hometown. What has her concerned is the other hot property in Cedar Ridge: Aidan Kincaid-firefighter, rescue worker, and heartbreaker. She never could resist that devastating smile . . .The Kincaid brothers are as rough and rugged as the Rocky Mountains they call home. Aidan has always done things his own way, by his own rules. And never has he regretted anything more than letting Lily walk out of his life ten years ago. If anyone has ever been in need of rescuing, she has. What she needs more than anything are long hikes, slow dances, and sizzling kisses. But that can only happen if he can get her to give Cedar Ridge-and this bad boy-a second chance . . .


Ten years ago, following a devastating loss, Lily Danville fled Cedar Ridge in a swirl of grief and guilt. She's built a good life for herself in San Diego but when she becomes embroiled in a scandal of her boss/boyfriend's making and is both dumped and fired, she goes to ground in the remote Colorado mountain town of her youth and comes face to face with all she left behind. She's only there until the dust settles and she can find another job in California but the longer she's in Cedar Ridge, the more she remembers how much she loved living there before the tragedy. And the more she's in the company of Aidan Kincaid, the more she remembers the feelings she had for him before she left the first time. Can she finally put the past to rest and give herself permission to reach for the happiness she doesn't think she deserves?

Aidan Kincaid loves his hometown, his family, his job as a firefighter, his search and rescue work and the beautiful but treacherous mountains surrounding his town. Once upon a time, he thought he could love Lily Danville too but she left without a word and hasn't been back since...until now. Serial dating has been his modus operandi for the past ten years but Lily's return has him yearning for something more. Will he find it with Lily this time or will she drive out of his life and leave him brokenhearted a second time?

Aidan's life isn't all sunshine and roses. He and his siblings have worked hard to save their family ski lodge after their philandering father took off and left it on the brink of bankruptcy. There's a balloon payment coming due and if they can't make it they'll lose the business they love, the business that's holding them together. There are other issues facing the siblings as well that I'm sure will be explored in more depth in each of their books.

Facing her feelings for Aidan isn't the only obstacle standing in Lily's path to happiness. She used to love the mountains surrounding Cedar Ridge as much as anybody and was a skilled climber but the events of one tragic day left her with a debilitating fear, along with a whole lot of guilt. Shalvis guides her slowly and realistically down her path to acceptance and forgiveness, finally freeing her to accept not only her feelings for Aidan and his for her but also her love and acceptance of the mountain peaks that were once such a huge part of her life.

I enjoy most of Jill Shalvis' books but Second Chance Summer is a stand-out for me. It has everything I look for in a great contemporary. The dialog between Lily and Aidan and among the Kincaid siblings is spot-on, secondary characters add a wonderful richness and the brothers' reactions to their mom wanting to date again are priceless. The depth of emotion is rich and real, bringing forth laughter in some parts, tears in others and an ending that was all I could have hoped for. I like these characters and am already fully invested in their happiness.

The Kincaids are not your typical family. While Aidan and his older brother Gray are full brothers, the three younger siblings are the results of his father's extra-marital affairs but were all taken in by Aidan's mother at some point in their lives. It makes for a fascinating dynamic that has me anticipating the rest of the books in this series even more.

I highly recommend adding Second Chance Summer to your reading list this summer.


Have you read any Jill Shalvis books?

Do you have a favorite book or series?

Have you read Second Chance Summer yet? Did you fall in love with Lily and Aidan as much as I did?

Have you ever faced your greatest fear? Were you able to overcome it?


One person who leaves a comment on today's post will receive a copy of Second Chance Summer. (US/Canada only) 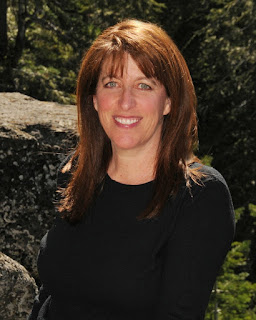 
“So you going to tell me what’s wrong?”
“Other than I hate snakes and you saw me in my PJs? Nothing.” She lifted her chin and defied him to contradict her.
She should have known better. Like Ashley, he’d never met a challenge he didn’t face head-on.
He moved toward her, right into her personal space.
She took a step back and came up against the wall.
This didn’t stop him. He kept his forward momentum until they were toe to toe. And then while she was still standing there a little dumbfounded and also something else, something that felt uncomfortably close to sheer, unadulterated lust, he put his hands on the wall on either side of her head.
This both escalated her heart rate and stopped her lungs from operating. “Um—”
“You had your chance to tell me what’s wrong with you,” he said. “You passed. Now I’m going to tell you what’s wrong with me.”
Oh, God. Talking would be a bad idea. As for a good idea, she had only one, and before she could consider the consequences, she gripped his shirt, hauled him down, and kissed him.
He stilled for a single beat and then got on board quick, pulling her in, sinking a hand into her hair to tilt her head to the angle he wanted, and taking over the kiss.
The next thing she was aware of was the sound of her own aroused moan, and she jerked free.
The corner of his mouth quirked. “Did you just kiss me to shut me up?” he asked.
She blew out a sigh. “It made a lot more sense in my head.”
He grinned, one of those really great grins that made something low in her belly quiver. Needing some space, she pushed him, even though her instincts were telling her
to pull him in tighter instead of pushing him away.
“Back to what’s wrong with me,” he said, still looking amused. “It’s you.”
She opened her mouth to say something, but he set a finger against her lips. “My turn,” he said, and lowered his head and kissed her.
And oh. Oh, damn… There were some men who just knew how to kiss, the kind of kiss that could send a woman reeling. The kind of kiss that could take away problems and awareness and…and everything. The kind of kiss that could shatter her into a trillion little pieces. The kind of kiss that somehow both calmed her body and soul even as it wound her up for more.
Aidan was that kind of kisser. Shocking, really, to also realize that in between their first kiss all those years ago and now, that there’d been nothing like it for her.
Aidan pulled back a fraction of an inch, opened his eyes, and stared into hers.
She stared back because wow. Good. So damn good, and for one glorious moment there she’d let her lips cling to his, let the memories of him and all that he’d meant to
her wash over her.
And those memories had all been…epic.
Until the end.
Finding her sanity, she pushed him again. For a beat he didn’t move, just looked into her eyes.
And then, on his own terms, he stepped back.
She pointed at him. “That was…”
He arched a brow.
“Never mind what it was,” she said. “We aren’t going there.”
His smile was grim and utterly without mockery.
“Agreed.” But then he hauled her up to her toes and kissed her again.
And again.