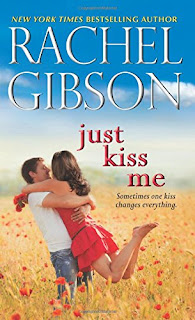 Vivien Leigh Rochet grew up in Charleston surrounded by the city’s elite, old wealth rooted deeply in South Carolina soil, but she was the perennial outsider. Not only could she not trace her family back to colonial Charleston, but she was the daughter of a bipolar mother who worked as a housekeeper for a prominent family, the Whitley-Schulers. She left to chase California dreams at eighteen and has rarely returned. In fact, it has been three years since her last visit. Although Vivien has achieved phenomenal success as the sexy star of the Raffle dystopia films, she is not returning in triumph but in grief. She has come to Charleston to bury her mother, whose unexpected death at fifty has left Vivien devastated and all too aware that she is now alone.

Henry Whitley-Schuler (or perhaps it is Harrison Whitley-Schuler—the blurb says Harrison; the ARC says Henry) is the elder of Eleanor “Nonnie” Whitley-Schuler’s two sons. He has been the perfect son, meeting his mother’s expectations and following her dictates for most of his life. Things began changing when Henry, a Wall Street marvel, had a stress-induced heart attack at thirty-three. He exchanged New York for Charleston, suits for jeans and tees, and set up shop as a builder of custom furniture and restoration craftsman. But the changes in lifestyle did not include a refusal to continue as his mother’s secret keeper and protector of the family name.

The Whitley-Schulers rally around Vivien for her mother’s funeral, but when Spencer, Henry’s younger brother, gets too chummy with her at the post-funeral reception, Nonnie instructs Henry to distract Vivien. Henry remembers Vivien as a chubby snoop who uncovered some of his most closely guarded secrets, but he definitely is attracted to the grown-up Vivien, who seems to reciprocate with enthusiasm. Distracting her is not an onerous task. However, when great sex turns into making love, Henry realizes he is into this relationship heart over head. Unfortunately, all those secrets are enough to jeopardize any HEA.

Just Kiss Me is the first book from Rachel Gibson in almost two years, and I was elated when I received an ARC. I’m a long-time fan of Gibson’s trademark blend of humor and pathos and her skill at balancing sexy scenes with emotional appeal. It saddens me to report that this book failed to live up to my expectations.

First, there is the confusion about the hero’s name. I’m not a reader who usually complains about errors in ARCs. The publishers make clear that advance readers are reading a copy that has not gone through final edits, and I assume that errors will be addressed before publication. But I found it terribly distracting to wonder each time the hero was named if he were Henry or Harrison. For me, the two names evoke very different images.

I really liked Vivien. I found her to be a fully dimensional, sympathetic character. I thought Henry/Harrison was less likeable, but his being locked into his role as family secret keeper was credible, particularly since it began at such an early age. I adored Spence and hope he gets his own book, and Nonnie was close enough to some former Southern belles I know that I found her believable even in her inconsistencies. But I never bought into Vivien and Henry as forever lovers—a major problem in a romance. There is certainly ample sizzle between them, and they have a shared history. But I found the emotional development of their relationship thin and unsatisfying, consisting of more telling than showing. The ending seemed abrupt with no real resolution to the problem.

So, final verdict: Just Kiss Me is a book with some clear strengths, but it is disappointing in the development of the central relationship. I’ll keep an eye out for Spence’s book, but this one will not be added to my collection of Gibson keepers.