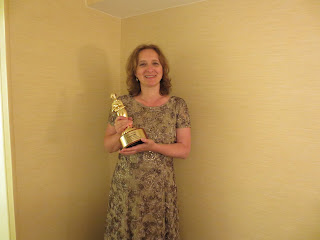 NY Times bestselling author Dana Marton is excited to announce that FLASH FIRE (A Navy SEAL Romance), the 2016 RITA Winner for Romantic Suspense, will be on sale for just $0.99 for one week from 7/25/16 - 7/31/16. FLASH FIRE was one of my favorite romantic suspense novels of 2015. Here's what I had to say about the book when it was released last November:

Dana Marton is one of my favorite romantic suspense authors. I know when I pick up one of her books that I'm about to be treated to a compelling, fast-paced story that will keep my heart in my throat and my nerves on edge. Clara Roberts, the heroine of FLASH FIRE is a character I cheered for from beginning to end. A buttoned-up former accountant now working to retrieve American citizens lost, kidnapped, or imprisoned abroad, her world is turned upside down with a single phone call that sends her into the Mexican jungle with ruthless former SEAL, Light Walker. ::Sigh:: What can I say about Walker. He's a tortured soul, bent on revenge, and not about to let anyone get in his way, least of all Clara. With determination as solid as his rock-hard body, it's difficult to believe there's even a kernel of softness remaining within him but, slowly, without trying, our heroine burrows her way into his heart and soul. Will it be enough to save him from his course of destruction?
Buckle up and get ready for another wild ride from Dana Marton's FLASH FIRE. I highly recommend it!
~PJ 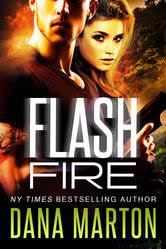 Former SEAL turned lawless mercenary Light Walker just wants to be left alone to avenge his brother's death. He wants nothing to do with Clara Roberts, a by-the-book investigator on a secret mission, who is trying to talk (cough) badger (cough) him into helping her recover an American teenager who'd disappeared abroad. Clara Roberts isn't crazy about the uneasy partnership either. How can tequila-swilling Walker be her best option? And, dear Lord, the things that come out of that man's mouth!
Soon the sparks they generate--and the trouble they stir up--threaten to set the jungle ablaze. But as attraction grows into love, looming danger turns into all-out war. Clara and Walker must hold on to each other and race against time to survive. Fast-paced, heart pounding, laugh-out-loud funny. Get ready for a wild adventure!
Purchase Links:
Kindle US: http://amzn.to/2a3qhLi
Kindle UK:  http://amzn.to/1Phwmlt
Kobo: http://bit.ly/1MzzU21
iBooks: http://apple.co/2agNBDh
Nook:  http://bit.ly/1O4xQMM
GooglePlay:  http://bit.ly/1N53dcW

Enter to win these fabulous British phone booth bookends, a Kate Spade pencil bag with goodies inside, and a signed copy of FLASH FIRE. Click on the graphic below to enter. GOOD LUCK!!!
Raffle ends on August 1st, 2016. 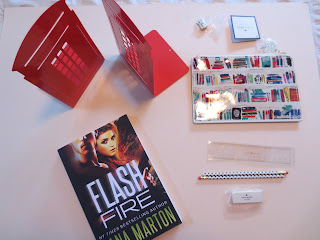