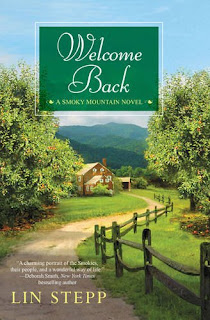 When Lydia Cunningham left her husband, John and moved to Atlanta with their sons ten years ago, she never expected to return to her North Carolina home, at least not while the controlling and verbally abusive mother-in-law who had made her life unbearable still lived. But now, with the woman dead and buried and Lydia's sons grown and on their own, a job offer at her alma mater is taking Lydia back to her beloved Smoky Mountains; back to the husband who let her go and the daughter who chose to stay with him on the family farm when her mother and brothers left. Hoping to repair her strained relationship with her daughter and build one with the grandsons to whom she is a stranger, Lydia accepts her daughter's offer to rent Hill House, the small country home where she and John spent the early - and happiest - years of their marriage before moving into Main House with his mother. She knows being on the farm increases the likelihood of seeing John but she never expects the move to open the door to the possibility of a better, stronger relationship with the husband who had not stood up for her nor emotionally supported her while Lydia withered under his mother's constant verbal abuse.

There are a lot of hurts to be healed here and a dysfunctional family history that, when finally confronted, will cast a new light on how John reacted to his mother's actions before Lydia left. With understanding, compromise, and, most importantly, forgiveness, will this couple who never lost the love they carry in their hearts for one another find a way to learn from past mistakes, put the hurt behind them, mend their marriage - and their family - and begin again?

Lin Stepp is a gifted storyteller who skillfully captures the mystical and enduring history and beauty of the Great Smoky Mountains and the faith, loyalty, and resilience of the people who call them home. This passage illustrates the power these mountains hold for those who hearts they carry:

Lydia's spirit finally grew peaceful on the quiet parkway. At Waterrock Knob she stopped her car to look out over the rolling Blue Ridge mountain ranges and felt a sudden clutch at her heart.

This is home, she thought with a sigh. This beautiful part of the North Carolina mountains. I've never been a city girl at heart - I know that - and Atlanta, despite its cultural wonders and attractions, was only a stopover place for me. Here's where I belong, where the air is crisp and clear and where the sweep of green forested hillsides fills the senses.

I used to live in this region and the above quote from Welcome Back perfectly describes how I would feel each time I returned home and those majestic mountains came into view. There's something very special about them. As Stepp says, "they fill the senses," and they also touch the soul.

Stepp's writing is smooth and easy, bringing the reader into the hearts of her characters, showing (not telling) us their intersecting journey from multiple, individual perspectives. Her characters make mistakes, they stumble. They are complex, flawed, and real and while that makes me angry with them at times and sympathetic to them at others, it also makes me appreciate and enjoy their journey all the more.

I'll be returning for more of Lin Stepp's engaging and heartwarming stories.


Do you enjoy reunion stories?

Have you read any of Lin Stepp's novels?

Have you visited the Smoky Mountains? Tell me about your trip!