Today's Special - - Spotlight on A Taste of Seduction by Bronwen Evans 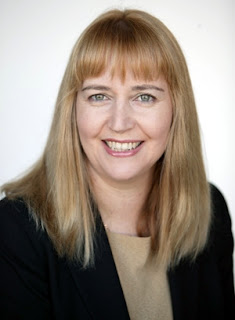 USA Today Bestselling author, Bronwen Evans (Bron), loves story-telling – gobbling up movies, reading books and attending the theater. Her head is always filled with characters and stories, particularly lovers in angst. Is it any wonder she’s a proud romance writer.

After working for a few years in marketing roles within New Zealand financial institutions, she left for a 6 month overseas experience in London, England. She loved England and spent several years living in London, using it as a base while traveling to all four corners of the world. Her most interesting trips were a camel safari in the Sahara, a trip through Russia, a safari through Africa with her mother, and three months in the Mediterranean.

It was while living and working in London she discovered the offices of Mills & Boon and the germ of an idea to embark on a romance writing career was born.

Bronwen’s first manuscript, INVITATION TO RUIN, was completed late 2009, and was sold to Kensington Publishing early 2010, in a two book deal. Her debut novel, INVITATION TO RUIN, received a 4.5 star rating from RT Book Reviews and was nominated in the RT Reviewer’s Choice Awards – Best First Historical. Invitation to Ruin was also won the RomCon Readers Crown Best Historical 2012.

Bron’s since gone on to win the RomCon Readers Crown three times. Her first book in her Disgraced Lords series hit the USA Today bestsellers list and she has hit it several times since.


She lives in New Zealand in sunny Hawkes Bay with her two Cavoodles named Brandy and Duke. 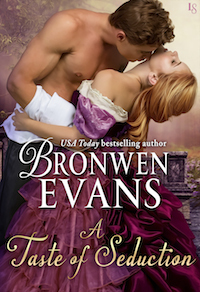 Lady Evangeline Stuart chose to wed a tyrant with a title, or so society believes. That was five years ago—five long years she could have spent with her first and only love: Lord Hadley Fullerton, the second son of the Duke of Claymore. Now Evangeline is a widow, and her soul cries out for Hadley. But when they see each other at last, everything has changed. The passion in his eyes has been corrupted by betrayal. Somehow Evangeline must regain Hadley’s trust—without revealing the secret that would spoil the seduction.

Hadley is determined not to be distracted by Evangeline. He and the other Libertine Scholars are in pursuit of an enemy who has been striking at them from the shadows, and Evangeline’s mere presence could be dangerous. But with one smile, one touch, one taste of Evangeline’s lips, Hadley’s resolve is overpowered by much more pleasant memories. As the two enter into a discreet affair, Hadley vows to give her his body, never his heart. That she will have to earn.

The shade of the weeping willows protected her from the heat of the afternoon sun, but nothing could cool Evangeline’s blood. She fondled the note Stowe had given her half an hour ago. She’d never regretted saving the young stable boy from his brute of a father two years ago. Stowe worshiped her and was the key to keeping her relationship with Hadley a secret from her mother.

She reread the missive. Hadley wanted to see her—urgently—so she’d saddled Rosten, her dapple-gray gelding, and galloped straight to their usual meeting place.

“Urgently” could mean only one thing: he had news on their planned elopement.

Her nerves on edge, her body strung as taut as a bow, she had to use all her mental strength to sit patiently waiting for her love in their favorite spot under the willow tree in the paddock behind his stable.

Lord Hadley Fullerton, the second son of the Duke of Claymore, was prepared to defy Evangeline’s mother, and his own family if need be, to make her his wife. Her heart burst with joy.

How had she got so lucky?


CLICK TO READ THE REST OF THE PROLOGUE FROM A TASTE OF SEDUCTION.