Release Day Review - - Back to You 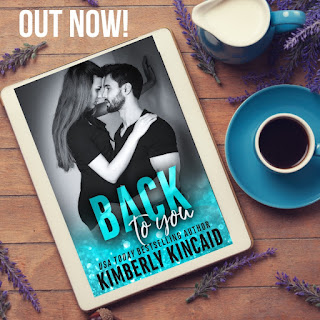 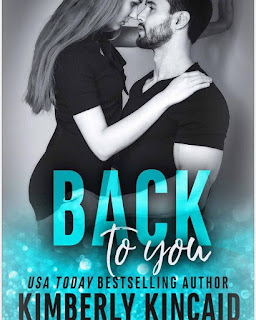 His second chance is his only chance

Parker Drake wants exactly one thing—to fulfill his dream of becoming a doctor. Between his reputation as a rule-breaker and the six years that have passed since his first internship ended in disaster, he knows he’s only getting one shot at a second chance. He’ll do anything to put the past behind him and reach his goal…including work with the gorgeous ex-wife he’s never gotten over losing.

All work and no play make surgeon Charleston Becker a very happy woman. But when she’s tasked with mentoring her ex-husband through his second chance as an intern, her signature calm is put to the test. She’s not interested in re-hashing the heartbreaking circumstances that ended their marriage, and the six years that have passed haven’t made Parker less reckless. The last thing she’s willing to do is trust him—even if she does find him sexier than ever.

But familiarity breeds forgiveness, which then becomes a passion that threatens the careers Parker and Charlie have worked for. Can they turn their second chance into a happy ending? Or is history bound to repeat itself?

I loved this first book in Kimberly Kincaid's new Remington Medical contemporary romance series. It's brimming with deep emotion, complex relationships, and steamy romance, all set within the controlled chaos of the Remington Medical Emergency Department. Kincaid pulled me into the story from the first pages and held me spellbound until the very end.

Parker and Charlie haven't had any communication in the six years since their short marriage came to a quick and tragic end. When they unexpectedly come face to face on Charlie's first day back at Remington Medical, it's apparent that there are unresolved feelings, deep feelings, between them still. Okay, maybe not good feelings, at least on Charlie's part, but you know what they say about the fine line between hate and love. I felt an immediate connection to them both and couldn't wait to see what Kincaid had in store for them. I love how she tells their stories - what happened six years ago and what's occurring now - with flashbacks during the first part of the book. It gives readers a much better understanding of the deep love and commitment that was once between them and how they came to be in the adversarial position where they now reside. I also appreciate the care and time she takes with their present journey. There are no easy fixes with this couple and, given what they went through, there shouldn't be. Their bodies recognize first what their hearts are slower to accept which leads to some steamy encounters along the way. Let me just say, Kimberly Kincaid knows her way around steamy encounters! There are a lot of sexy scenes in this book but they all feel organic, never gratuitous, and they all lead to the happily ever after this couple so richly deserves.

Kincaid surrounds Charlie and Parker with a fascinating group of secondary characters and plenty simmering drama to boost my excitement for this series. I already have my favorites and can't wait to see what's in store for them in future books.

If you're a fan of shows like Grey's Anatomy, if you enjoy second-chances, both in life and love, if you want your books to snap, sizzle and introduce you to intriguing characters who will take you on an emotional journey, then I highly recommend Kimberly Kincaid's Back to You.

Excerpt
Back to You

Goodreads
Posted by pjpuppymom at 6:00 AM