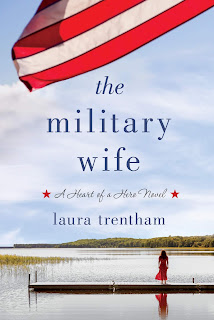 Harper Lee Wilcox has been marking time in her hometown of Kitty Hawk, North Carolina since her husband, Noah Wilcox’s death, nearly five years earlier. With her son Ben turning five and living at home with her mother, Harper fights a growing restlessness, worried that moving on means leaving the memory of her husband behind.
Her best friend, Allison Teague, is dealing with struggles of her own. Her husband, a former SEAL that served with Noah, was injured while deployed and has come home physically healed but fighting PTSD. With three children underfoot and unable to help her husband, Allison is at her wit’s end.
In an effort to reenergize her own life, Harper sees an opportunity to help not only Allison but a network of other military wives eager to support her idea of starting a string of coffee houses close to military bases around the country.
In her pursuit of her dream, Harper crosses paths with Bennett Caldwell, Noah’s best friend and SEAL brother. A man who has a promise to keep, entangling their lives in ways neither of them can foresee. As her business grows so does an unexpected relationship with Bennett. Can Harper let go of her grief and build a future with Bennett even as the man they both loved haunts their pasts?

Laura Trentham will break your heart and then stitch it back together, stronger than ever, in this poignant, heart-wrenching, and, ultimately, life-affirming story about the men and women who protect our country on the front lines and those on the home front - the spouses, children, and families - whose contributions, and trials, are no less significant.

One of the strengths of Trentham's contemporary romances is her ability to create richly complex and realistic characters into whose lives I become completely invested. The same is true of The Military Wife, her first foray into women's fiction. She brings these characters to vivid life in a convincing portrayal of honor, duty, sacrifice, fear, survivor's guilt, grief, and love. They all notched places for themselves in my heart, taking me along on each of their journeys and wringing my emotions with the challenges they face.

The writing is flawless with seamless transitions from present to past that enable the reader to fully understand the events, and people, that have brought the primary characters, Harper, Bennett, Allison, and Darren to this point in their lives. I especially appreciated the insight gained through the flashback chapters that tell the story of Harper and Noah's courtship and marriage as well as those telling the story of Noah and Bennett's close friendship. Experiencing those journeys with them makes the present journey Bennett and Harper are traveling, both individually and as a couple, all the more satisfying. The secondary characters, as well, are all vividly crafted and realistic.

Those of you who have read Trentham's other books should be aware that while The Military Wife is women's fiction and there are some serious issues dealt with, there's also plenty of sexual tension, humor, deep emotion, and, for the romance lovers among us, a happy ending. I highly recommend it. (Keep the tissues handy.)