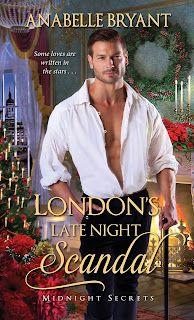 In Anabelle Bryant’s novel of unexpected romance, a lord and lady learn that not all emotions can be expressed in the light of day . . . Chief Officer of the Society for the Intellectually Advanced, Lord Matthew Strathmore, Earl of Whittingham, takes his position very seriously. Not only does it distract him from the painful aftermath of a gunshot wound to the leg, earned most honorably, it is important work. So he feels duty-bound to question esteemed scientist Lord Talbot about a suspect article. Matthew dashes from London to Oxfordshire, despite wretched weather that only exacerbates his injury, reminding him he is far from the dashing gentleman he once was . . . Theodosia, Lord Talbot’s granddaughter, has inherited his gift for inquiry, enjoying her pursuits safely away from the artifice of London society. But her identity as the true author of Talbot’s article is about to be exposed. And if Matthew expects a dour bluestocking, surprises abound. Not only do Theodosia’s botanical concoctions soothe his leg, he’s clearly attracted by her delicate beauty. But dare she hope for more? It will take an urgent trip to London for both to discover how passion and lasting love can ignite under the cover of darkness . . .

Theodosia approached the sleigh with caution. She may have rationalized her decision upstairs and confidently deflected her maid’s interrogation, but beneath several layers of flannel and wool, her heart beat a furious rhythm.
“What’s all this? You’ve taken on quite a challenge for one afternoon’s distraction.”
Matthew had come around the other side of the sleigh and she noticed he seemed surefooted on the snow-packed drive despite the lack of a walking stick.
“What good is a sleigh if it never sees snow?” He chuckled and his deep tenor rippled through her. “Besides, the world is brand new after a snowfall. I thought we might enjoy the scenery. At least until we decide it’s too cold to bear.”
She watched him, her mind working now as hard as her pulse. He took her gloved hand in his and helped her into the sleigh. When she was settled on the seat, he climbed in beside her and arranged two fur blankets across their legs. All the while the heated coals in the brazier warmed the soles of her boots.
“Are you ready?”
He cast her a sideways glance, leather reins in hand, and she was struck by his handsome profile and the way fractured sunlight glinted in his eyes. He wore no hat and as he turned, the not-so-subtle wind lifted a fallen lock of hair across his brow. He must be quite popular within society’s chosen circle, a man as striking, intelligent, and generous as he.
So why would he take time to arrange such a complicated diversion this afternoon?
“Wait.” Her objection came out in a puff of breath as translucent and fleeting as a ghost from the past. She refused to allow him to feel sorry for her. “I’m not lonely.”
“Nor am I, but I thought, today, we might be not-lonely together.”
He smiled and something sparked inside her, a tremor of excitement that began at her heart and reverberated to her fingertips and toes. She returned his grin and before she could consider it further, he snapped the ribbons and the sleigh lurched forward. Wind stung her cheeks and snuck beneath her hood to nip at her earlobes, the sense of fast flight refreshing and invigorating. She tried to portray a more composed mien, not that Matthew’s opinion mattered or she considered herself lacking the city polish he was accustomed, but once the sleigh took the drive and raced over a series of gentle slopes, her stomach dropped with delight and she couldn’t suppress her laughter.
Heavens, it was wonderful to laugh. It seemed too many weeks, months…too long she’d gone without the unconditional freedom of pure joy.
She turned and he did as well, their eyes matched in the moment before he averted his attention to the landscape ahead. They coasted along for a good stretch, wordlessly happy in the uncomplicated thrill of the ride. 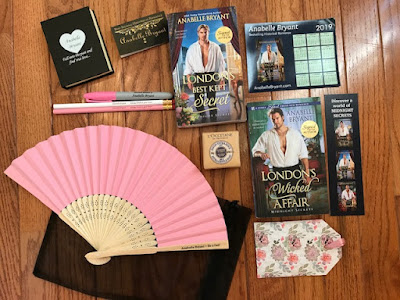