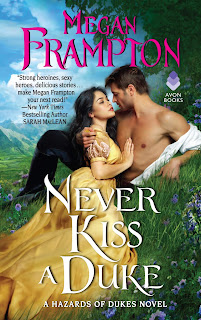 Everything he had ever known was a lie…
Sebastian, Duke of Hasford, has a title, wealth, privilege, and plenty of rakish charm. Until he discovers the only thing that truly belongs to him is his charm. An accident of birth has turned him into plain Mr. de Silva. Now, Sebastian is flummoxed as to what to do with his life—until he stumbles into a gambling den owned by Miss Ivy, a most fascinating young lady, who hires him on the spot. Working with a boss has never seemed so enticing.
Everything tells her he’s a risk she has to take…
Two years ago, Ivy gambled everything that was precious to her—and won. Now the owner of London’s most intriguing gambling house, Ivy is competent, assured, and measured. Until she meets Mr. de Silva, who stirs feelings she didn’t realize she had. Can she keep her composure around her newest employee?
They vow to keep their partnership strictly business, but just one kiss makes them realize that with each passing day—and night—there’s nothing as tempting as what is forbidden…

Never Kiss A Duke by Megan Frampton is the first book of what promises to be another great series coined the Hazards of Dukes. I would give this one four stars. The Hazards of Dukes follows three dukes - strike that - two dukes and a duke reduced, by circumstances beyond his control, to a mere mister without means. That is what happened to Sebastian, Duke of Hasford who woke up one morning to find he was just a Mister de Silva - a bastard born of his father the Duke and his mother the Duchess. His father had a daughter named Ana Maria from his first wife, and thought he was marrying his dead wife’s cousin when, in fact, he married her sister. No one knew of this until her death which revealed all and made Sebastian a bastard.

What’s a duke to do when he’s no longer a duke? How can he go on as a mere, and let us not forget, pockets-to-let Mister? What skills does he have beyond his charm? What skills can he bring to the real world that he employed as a Duke. His good friends, nee’ brothers, Nash and Thadeus are dukes in their own rights. As a matter of fact Thadeus, as Sebastian’s cousin, took over the dukedom when Sebastian’s own illegitimacy is revealed. They try to help him out with Thad offering him money and an offer to stay on and Nash offering a night of drinking and gambling and a place to crash at the end of it all.

That is how they arrive at Miss Ivy’s Gambling Hell. This is no ordinary gaming hell and Ivy is no ordinary Miss. She welcomes both men and women of any class but one can only lose as much as they came in with. There will be no vowels or extension of credit. Gambling on money readily given by his friend Nash for Sebastian to burn off his ire, Sebastian begins to go from table to table and begins to form ideas about how to draw in more business. He inadvertently causes trouble which Miss Ivy can not allow to happen. Somehow Sebastian’s charm comes to some use. They sit down and as some of Sebastian’s ideas make sense and could work.

He comes to work for Ivy and since he has no where else to stay he takes one of the employee rooms there. Here we see him grow up in a sense. We also see Ivy start to let her guards down regarding men - especially those in the aristocracy. Because of men she lost all she held dear. Actually, her father took care of that when he gambled all they had away - including Ivy’s hand in marriage to a much, much older man. Ivy is made of very stern stuff and challenged the old man for her hand back. With the money she won she was able to leave all she ever had and go to London to ironically become a game hall owner. It was the only way she saw that she could keep her younger sister Octavia safe until they made enough money to get away from it all forever.

I enjoyed how Sebastian and Ivy grew closer, clashed, grew more attracted to one another. They were on fire! Their crash was heart wrenching but, fear not, there is a great HEA at the end. Sigh worthy indeed. I can’t wait to read the other two books in the series, as well.