Excerpt and Giveaway - - The Beauty of Broken Things 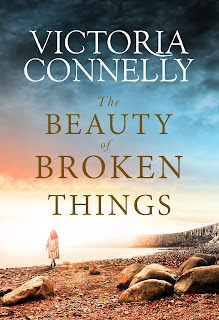 United by tragedy, can two broken souls make each other whole?

After the tragic loss of his wife, Helen, Luke Hansard is desperate to keep her memory alive. In an effort to stay close to her, he reaches out to an online friend Helen often mentioned: a reclusive photographer with a curious interest in beautiful but broken objects. But first he must find her—and she doesn’t want to be found.

Orla Kendrick lives alone in the ruins of a remote Suffolk castle, hiding from the haunting past that has left her physically and emotionally scarred. In her fortress, she can keep a safe distance from prying eyes, surrounded by her broken treasures and insulated from the world outside.

When Luke tracks Orla down, he is determined to help her in the way Helen wanted to: by encouraging her out of her isolation and back into the world. But Orla has never seen her refuge as a prison. and, when painful secrets and dangerous threats begin to resurface, Luke’s good deed is turned on its head.

As they work through their grief for Helen in very different ways, will these two broken souls be able to heal?

Have you read any of Victoria Connelly's books?

Victoria lives in a 200-year old cottage in Suffolk. Where would you choose to live if money were no object?

Two randomly chosen people who comment on this post before 11:00 PM, May 19, will receive a copy of The Beauty of Broken Things. 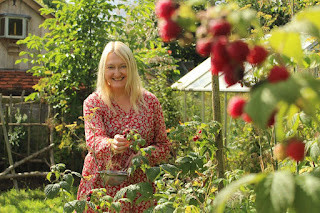 With more than one million books sold worldwide, Victoria Connelly is the bestselling U.K. author of uplifting stories that demonstrate the power of friendship and the beauty of romantic relationships. Victoria’s first novel, Flights of Angels, was made into a film in Germany by Academy award-winning Ziegler Film. She lives in a 200-year old cottage in rural Suffolk with her artist husband, a springer spaniel and a flock of rescued hens. You can find her on https://victoriaconnelly.com/, on Twitter @VictoriaDarcy and on https://www.facebook.com/victoriaconnelly