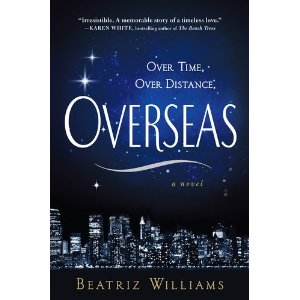 Kate Wilson is a nice girl from Wisconsin whose intelligence and ambition land her a job as an investment banker with Sterling Bates, a Wall Street firm. But Kate is too nice for the knife-in-the-back, eat-’em-alive operating policy of some of her colleagues. She’s not at all the sort of woman anyone, including Kate, expects to attract the attention of hedge fund genius Julian Laurence, who is not only wealthy beyond belief but also charming, handsome, and honorable. It’s not surprising that Kate should be flattered by Laurence’s interest and find the British billionaire appealing, but there’s something mysterious about the connection between them, a connection that has her thinking of a lifetime with the “beautiful, brilliant, leonine Julian.”

When Kate is the victim of a setup that results in her being fired from Sterling Bates, Julian offers her sanctuary at his secluded country home. In the idyllic intimacy of that setting, she falls more deeply in love with the mysterious Julian. Questions nag her, but nothing could have prepared her for the disclosure that Julian Laurence is Captain the Honorable Julian Laurence Spencer Ashford, a famous poet and viscount’s heir, who died in France during a night patrol in March 1916. The whys and hows of Julian’s second life and his connection to Kate are revealed as the story and its characters move between Amiens, France, during World War I and Manhattan in 2007-2008. Regardless of the mystery and the danger that threaten their happiness, both Kate and Julian know that they are meant to be together. As Kate concludes, “What had been enigma resolved into clarity, into the keen marrow-deep certainty that I existed to give Julian Ashford’s uprooted soul a home in this modern world. That his happiness had been placed between my palms, a divine mysterious charge. That he was mine. That I was his.”

Beatriz Williams’s debut novel is romantic in the sense that the love shared between Kate and Julian is its focus and in the sense that the story requires a willing suspension of disbelief to accept its imaginatively constructed world. The reader who can suspend disbelief will find herself caught up in a world where love conquers all obstacles including time and space. Kate is a sympathetic character, caught up in a situation she can’t fully understand, fathoms deep in love, and fighting to hold on to her own identity. The last quality lends a note of realism to the fantastical and creates conflict between Kate and Julian. He is from a different world, and it isn’t easy for him to understand Kate’s need to be more than his beloved. One of my favorite moments occurs when Kate explains herself to Julian: “I never wanted to be Cinderella. Never wanted to be that girl, the one looking for a rich guy to drape her with diamonds. I always wanted to make it on my own, and it scares me that . . . from the moment I met you, I felt this . . . this connection.”

Julian is a hero who not only possesses wealth, looks, intelligence, honor, courage, and so on endlessly but who also wrote a love poem about which students, including Kate, write essays. His need to protect Kate and to make decisions without consulting her keep him from being too perfect to believe. Williams says in her acknowledgements that Julian is a composite character with a “dollop” of Rupert Brooke. But it was Brooke that I thought of throughout the book. Just a week or so before I read Overseas, I commented to a friend that the idealistic Brooke, whom poet W. B. Yeats reputedly described as “the handsomest young man in England,” would make a wonderful model for a romance hero. I felt as if Julian were a gift in response. I loved him. I loved the book. If you are a romantic who believes that love can be eternal, I predict you’ll love it too. My only complaint is that I really wanted to read the full poem that gives the book its title. A few lines just weren’t enough for this romantic. I don’t think I’ve ever before recommended a time travel romance (not even Gabaldon, whose books I couldn’t read—sacrilege, I know), but I definitely recommend this one.