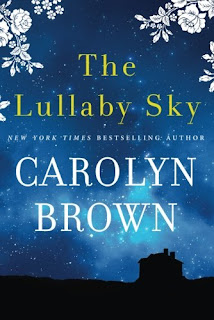 It has taken her seven years, but Hannah Ellis has finally escaped an abusive marriage, forfeiting any rights to her husband’s considerable wealth in exchange for an uncontested divorce, custody of her daughter, and sole ownership of her house, her land, and her car. She also receives the authority to resume her maiden name and to give that name to her child. Henceforth, Hannah and Sophie Ellis will be Hannah and Sophie O’Malley.

Hannah has an extensive support system that includes two octogenarians, her great-aunt Birdie and Birdie’s friend Rosie, and a tight circle of life-long friends. They celebrate Hannah’s freedom, help her rid her home of the tangible evidence of her ex and his control of her life, and ensure that Sophie is surrounded by adults who love her. When Hannah decides to help other abused women, they help her turn her home in Crossings, Texas, into a safe house for women from Patchwork House, the local women’s shelter. Helping these other women helps Hannah to grow stronger and more confident, but she is heartbroken that Liz, one of her closest friends and principal of the school where Hannah works as a teacher’s aide, is still in denial about her own role as an abused wife.

Travis Wilson, another of Hannah’s friends and Miss Rosie’s grandson, is always there when Hannah needs him as a mover of furniture, as a guard for the safe house, or in any other capacity. He is willing to wait patiently until Hannah is ready to think about the future, a future he hopes to share with her and with Sophie to whom he is also devoted. Because the focus of the story is on Hannah’s recovery and her second chance at life, hope and optimism prevail despite the serious issue.

I found Hannah, Travis, and all of the secondary characters likeable but lacking in credibility. I need more depth and complexity than these characters offered to become invested in the story. The airplane Marty forgot that provides Hannah with a windfall, the reappearance of Marty’s new wife, the cuteness of Sophie, who seems minimally affected by her father’s behavior—all of these required more suspension of disbelief than I was able to summon. Carolyn Brown has a large, loyal following, and I feel certain that those readers and others who like their romance heavy on the sweetness and light will appreciate this novel more than I did.