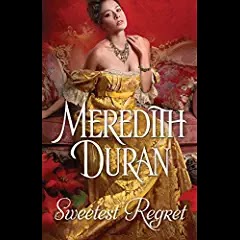 Georgina Trent is the daughter of a diplomat and accustomed to playing hostess to her widowed father’s guests. Even so, she is not thrilled to be instructed to entertain a houseful of foreign diplomats and their wives with a proper English Christmas plus searching for a sensitive letter one of the guests has stolen. And all this must be accomplished while her father is out of the country dealing with an international crisis. To make her holiday perfectly miserable, her father orders Lucas Godwin, a rising star in the diplomatic corps to assist her. Two years ago, for one month in Munich, Georgina allowed herself to dream that the feelings the good-looking, charming, ambitious Godwin stirred in her heart were returned, but when he left for a new post in Paris without even a goodbye, she knew how foolish she had been. However, Georgina is determined that her pride will sustain her, and Lucas will never know that she mistook a flirtation for courtship.

Lucas Godwin is no happier to be spending the holiday at Brisbon Hall than Georgina is to receive him. He has his own reasons for returning to England. His father, the younger son of an earl, married the daughter of a servant, a misalliance so shocking that neither his family nor the ton ever forgave him. Lucas grew up the loved child of a happy marriage, but he also grew up poor and socially unacceptable, knowing that society considered him a mongrel and held him to a standard that allowed for no misstep. Ironically, after fighting his way to his present position and just as he is poised for the promotion toward which he has aimed, he now stands one question mark away from his grandfather’s title. If his recently widowed aunt gives birth to another daughter, Lucas will become Earl of Lilleston. The last thing Lucas wants for Christmas is a meeting with the woman who dismissed him as unworthy of her. But for now, he must obey the orders of Sir Philip Trent and help to find the missing letter.

Will Georgina and Lucas forget their pride long enough to clear up the misunderstanding that separated them and risk their hearts on a match that could be almost as costly as the one for which Lucas’s father gave up his world?

Sweetest Regret was published last year in the anthology What Happens Under the Mistletoe along with novellas by Sabrina Jeffries, Karen Hawkins, and Candace Camp. Duran’s novella was one of my favorite historical holiday reads then, and I found it even more delightful rereading it as a solo release this year. Duran, another of my auto-buy authors, does her usual superb job of crafting characters that win a reader’s heart. Just the words “Big Misunderstanding” are often enough to send me running from a book, but, in this case, it works. Georgina and Lucas are young and vulnerable. She is convinced that she is plain and bookish and unappealing, and he is always conscious of his provisional acceptance by those around him. They are manipulated by a man skilled in the art of persuading people to accept his view of things. Their separation is physical as well as emotional, and thus, they are not in one another’s company with easy opportunities to talk things out. All these elements make it easier to accept the misunderstanding.


It also helps that the misunderstanding is wrapped in a lovely Christmas reunion story with a twist on the cross-class romance. I enjoyed all the Christmas customs that were woven into the story, particularly the well-trained “Christian” ox who kneels at precisely the right time. The best part is watching Georgina and Lucas progress from wounded feelings to a duel of words to communication to declaration. If you are looking for a quick historical romance treat this holiday season, I highly recommend this novella. It’s sweet and tart, sensual and romantic--and finally villainless. It’s a story I know I will be rereading other Christmases.