Love, betrayal, and sweet revenge—life in Cottonbloom is about to get a whole lot hotter . . .Sutton Mize is known for lavishing attention on the customers who flock to her boutique on the wealthy side of her Mississippi town. So when she finds a lace thong in her fiancé’s classic cherry-red Camaro, she knows just who she sold it to: her own best friend. In an instant, Sutton’s whole world goes up in flames. . .Wyatt Abbott has harbored a crush on Sutton since he was a young kid from the other side of the tracks. He witnessed Sutton’s shocking discovery in the Camaro at his family-owned garage—and it made him angry. What kind of man could take lovely, gorgeous Sutton for granted? But then Sutton comes up with an idea: Why not give her betrothed a taste of his own medicine and pretend that she’s got a lover of her own? Wyatt is more than happy to play the hot-and-heavy boyfriend. But what begins as a fictional affair soon develops into something more real, and more passionate, than either Sutton or Wyatt could have imagined. Could it be that true love has been waiting under the hood all along?


In Leave the Night On, Laura Trentham returns to the southern town of Cottonbloom, a community split by both a river and a state line, for the first book featuring the newly introduced Abbott brothers. While familiar characters from the first Cottonbloom trilogy appear periodically, readers new to Trentham's Cottonbloom books will have no difficulty starting with this novel.

I've been excitedly anticipating this newest Cottonbloom story and it did not disappoint. Once again, Trentham has paired a couple from opposites sides of the river: Sutton, the privileged daughter of a Mississippi judge and Wyatt, the blue-collar mechanic from the Louisiana side. At first glance, Sutton and Wyatt are completely mismatched, but both are much more complex than appearances would suggest. Wyatt, in particular, has hidden depths that not even his family has guessed and beneath her prim and proper exterior, Sutton hides the soul of a woman aching to break loose and have fun. I adored them both, individually and as a couple, and thoroughly enjoyed their journey.

As in her previous books, both the town of Cottonbloom and the quirky citizens on both sides of the river are featured prominently in Leave the Night On. Trentham brings them to life with her vibrant, realistic descriptions and spot-on southern dialog. It's a town I want to visit - people I'd like to know. And you can put Wyatt at the top of that list. He made me laugh, made me sigh, and if I didn't like Sutton so much, I'd elbow her out of the way and claim him for my own.

In addition to creating intriguing communities, Trentham also excels at developing complex family relationships, the Abbott brothers being the most recent to take center stage. The dynamic among the four brothers is fraught with emotion, mistrust, and conflict. Trentham unveils just enough about each brother to leave me wanting more though I have to admit that at this point all I want to do with eldest brother Ford is drop-kick him off the nearest cliff. I'm sure there are swirling emotional depths within each of them to which we will eventually become privy. I can't wait to see where she takes them in upcoming books.

If you enjoy small-town stories true to their southern roots with sensual romance, emotional depth, likable couples, quirky secondary characters, and a splash of humor that wrap you up in a satisfied smile and sigh, then I recommend any of Laura Trentham's Cottonbloom novels. Leave the Night On is a great place to begin.

Have you read any of Laura Trentham's novels yet?

Do you have a favorite book or character from Cottonbloom?

Do you enjoy stories set in the American south? 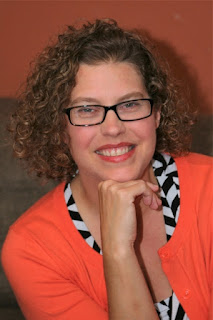 An award-winning author, Laura Trentham was born and raised in a small town in Tennessee. Although, she loved English and reading in high school, she was convinced an English degree equated to starvation. She chose the next most logical major—Chemical Engineering—and worked in a hard hat and steel toed boots for several years.She writes sexy, small town contemporaries and smoking hot Regency historicals. The first two books of her Falcon Football series were named Top Picks by RT Book Reviews magazine. Then He Kissed Me, a Cottonbloom novel, was named as one of Amazon’s best romances of 2016. When not lost in a cozy Southern town or Regency England, she's shuttling kids to soccer, helping with homework, and avoiding the Mt. Everest-sized pile of laundry that is almost as big as the to-be-read pile of books on her nightstand.