It's always a special thrill to host someone I've known since long before her first book was published. Louisa Cornell and I go way back, to the early days of internet forums, bulletin boards, and multi-author blogs. We met in person for the first time almost ten years ago and I've been cheering her on from the sidelines ever since. Her journey has included many contest finals and wins, including two times as a Golden Heart finalist. With her storytelling skills, her infectious humor, and her ability to tug on a reader's heartstrings, I knew it was only a matter of time before she'd be publishing full-length novels of her own. I'm delighted that she's joining us today as a full-fledged, published, romance novelist!

Welcome, Louisa! It’s such a pleasure to host you today. I think I’m almost as excited about your debut single-title novel as you are. Please share what our readers can expect from Lost in Love.

Lost in Love is my Regency version of the worst first date possible. How many women can say a gentleman drove them into a sinkhole and ended up trapped with him in a cave overnight on their first date?

Perhaps the back cover blurb says it best!

EVERY RELATIONSHIP HAS ITS UPS AND DOWNS –

When Adelaide Formsby-Smythe insults the Duke of Selridge to the point she sees her own murder in his eyes, her wish that the ground would open up and swallow her seems a perfectly reasonable response. Until it does.

Thus, Major Marcus Winfield, now the Duke of Selridge, ends the worst year of his life by falling into an underground cave with the younger sister of his former fiancée. An offense punishable by—marriage!

EVERY MARRIAGE HAS ITS SECRETS –

Although he never imagined marrying Adelaide, Marcus decides they will limp along quite well together. There’s no need to mention he’s being blackmailed... or that his irritating new wife fills his nights with a passion he cannot deny.

Adelaide, however, having unexpectedly married the man of her dreams, will settle for nothing less than her new husband’s heart. She’ll make him love her. Far less bothersome that way when she has to tell him she’s a thief. And possibly a murderess.

AFTER ALL, EVEN THE ROAD TO FOREVER HAS A FEW BUMPS ALONG THE WAY.

I love that blurb! When I first read it, it made me want to grab the book, head for the nearest comfy chair and get lost in the pages of this story.

You and your heroine share a love of animals and a deep-seated determination to rescue those in perilous circumstances. Please tell us about the four-legged rescues who share (or have shared) your life.

I have been involved with the animal rescue community for nearly thirty years. I’ve been so lucky to have some wonderful rescue dogs come in and out of my life. They’ve taught me so much about the power of love and forgiveness. I had a terrifying looking rescued Rottweiler named Pyscho who came to me at the age of two from a domestic violence situation. He hated men, but adored women. I had ten wonderful years with him. I had a gorgeous six-year-old blue Doberman named Phantom who was pulled out of a junkyard after being starved and shot with over 100 BB’s. He had a congenital heart condition and I was told he would not last six months. Nine years later he left us, surrounded by family and friends. 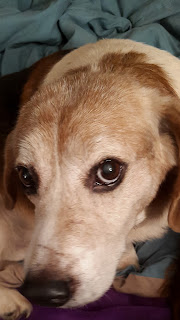 I currently have a number of rescue dogs. Boudreaux, my basset hound, was rescued from a home in the 9th Ward of New Orleans after Hurricane Katrina. He is still terrified of storms and because he nearly starved to death, I tend to overfeed him so he is a bit portly. He insists I run a window air conditioner no matter what the weather. And he bays if I turn it off! 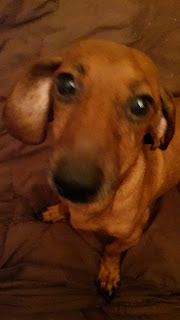 I have a little miniature dachshund named Spanky. He and his brother, Chester, were rescued from a meth house that burned down. Their living in a meth lab caused them to develop a seizure disorder. We lost Chester to that disorder several months ago, but Spanky, in spite of occasional seizures, is doing well. 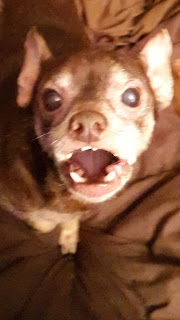 And, of course, there is the legendary Frodo the Horrible Chihuahua. I have had him since he was four weeks old and his mother attacked him and nearly took his eye out. Perhaps that accounts for his disposition. He has been banned from several vet clinics and even chewed his own tail off! He is twelve years old now and he has not mellowed in the least.

You are an earthly guardian angel for those animals, Louisa. I know you say you are fortunate they found you but they are also so blessed to have been found by you.

Though I ultimately fell for him, for much of the book I alternated between wanting to jump Marcus’s bones and whack him upside the head with a shovel. (typical man, right? 😉) What do you want readers to understand about this character?

I am laughing, PJ, because I wrote Marcus and I wanted to whack him with a shovel too, on more than one occasion. I hope readers come to understand Marcus is a man who had this ideal life and had it suddenly torn away. And everything he trusted in and believed in was suddenly proven wrong. But more than that, he was a man who learned in a devastating way, that regret can be a terrible thing, especially when it involves those we love most. We say things in anger and if we are lucky we get the chance to take it back, to make amends. Marcus did not have that opportunity and it colored his relationships with everyone, especially with Addy. He was so afraid he’d do something he’d regret, he decided to keep her at arm’s length. He told himself it was to keep her safe. It was really to keep himself safe from more heartache and worse, regret.

I adore Addy. If I could live in the pages of your book, I’d want to be best friends with her. Who are some of your favorite fictional heroines?

I love heroines who do the unexpected. I love Jessica from Lord of Scoundrels and Evie from Devil in Winter. I love Maddy in Flowers from the Storm. Eloise Bridgerton from To Sir Phillip, With Love is another of my favorites.

Lost in Love is set in regency England. What is it about this era 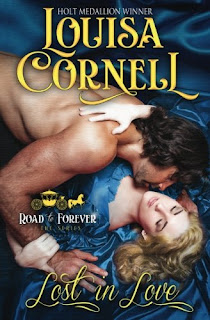 that calls to you?

I have been in love with Regency England since I was nine years old and read Pride and Prejudice for the first time. I was living in a small English village at the time, as my father was stationed at a nearby Air Force base. I love the manners, the gowns, the horses and carriages. I love the rules and the ways young men and women found to break them. I love the elegance of the era and the bravery of the young men who went to fight Napoleon. And I must confess, I love men in boots and breeches!

Readers meeting you for the first time may not be aware of your previous career. What was it like singing in the grand opera halls of Europe? Any stories to share?

It was wonderful! My voice made it possible for me to travel the world and to share the music of my favorite composers with people from every walk of life. It was exciting and thrilling, crazy and tiring, and I wouldn’t have missed it for the world. And the adventures I had! One of the best parts of singing in opera houses in Europe is seeing your photograph in the shop windows as advertisement for the opera. It can also be a bit shocking. One night in the middle of the opera the young baritone playing Don Giovanni split his tights. Once he was off the stage he had to be sewn back into those tights quickly because he had to make his next entrance. I was waiting to make my entrance as Zerlina and the costumer recruited me to hold the baritone’s… equipment in place so she did not turn him into a tenor in the process of repairing his tights! We laughed about it the next day, but it was not funny then. At least it wasn’t funny to the baritone!

LOL! What a great story! You never think about those backstage crises when you're sitting in the audience.

You’ve populated Lost in Love with a very intriguing secondary cast. Will we see any of them in future books?

The next book in the Road to Forever Series, Lost in Seduction, will feature Addy’s friend, Dylan Crosby, and a trip to the family home of Bennetton Tildenbury aka Tillie. The house, Wicken End, is home to the most eccentric family in England, thus, it is usually called Wicked End. Crosby will meet his match there!

The Earl of Creighton, one of Marcus’s friends, has already made an appearance in my novella Stealing Minerva, which is actually the beginning of a spinoff series entitled The Many Brides of Lord Creighton. There will be full length book out in this series in Spring, 2018.

And Addy’s cousin, Anne, along with her furry companion Percival the rabbit, will appear in the third book in the Road to Forever series, Lost in Desire.

And as readers have asked, Addy’s sister, Clementine will be featured in a book as well.

You have made me a very happy reader!

I do have a website -  louisacornell.com   -  but it is being revamped at the moment! Keep checking back!

But I am all over the web!

Thanks for visiting with us today, Louisa! Would you like to ask our readers a question?

I would love to know if any of your readers have a rescued pet and if they think they rescued the pet or the pet rescued them!

Great question! What do you say, readers? Tell us about your rescued pets. I'm giving a Kindle copy of Lost in Love to two randomly selected people leaving a comment before 11:00 PM (EST), August 13, 2017,