I'm a huge fan of Laura Trentham's Cottonbloom and Falcon Football contemporary romance series but I haven't yet read her historical romances. This seems like the perfect time to dive in with the upcoming December 5th release of A Reckless Redemption, the third book in Trentham's Spies and Lovers series. 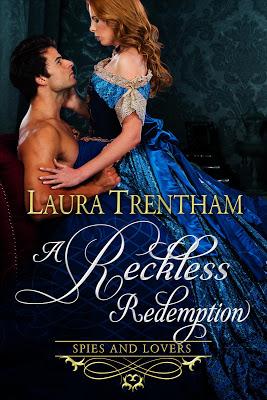 Can a single night’s deception lead to a lifelong love?

On the eve of her wedding to a man she detests, Brynmore McCann can think of only one way to escape—by ruining herself—but the local lads leave her wholly uninspired. Just as she’s ready to accept her fate, she spots Maxwell Drake, home after nearly a decade. Even though he had loved her sister when they were young, Bryn has always considered him hers and she can’t think of anyone she’d rather have bed her for the first time. Only she never intends for him to find out who she is.

Upon returning home, Maxwell is stunned by the news that his father may have left him an inheritance. As the unacknowledged by-blow of a local nobleman, Maxwell struggles with resentment over the way he and his mother were treated by his father and the village. To add to his troubles, he discovers the lass he spent an incredibly satisfying night with was not the village whore, but the high-born sister of his first love. He insists Brynmore travel with him to Edinburgh until they determine if she is with child. Because if she is, she’ll marry him whether she wants to or not.

Along the road to Edinburgh, they are attacked by persons unknown. As the list of suspects who want them dead grows longer and his worries deepen, Maxwell prepares for an even more personal battle—how to keep from surrendering his heart to Brynmore.

Warning: Contains a broody Scotsman, a fiery-haired lass, and a night of passion that changes everything. Readers are encouraged to bring a fan. 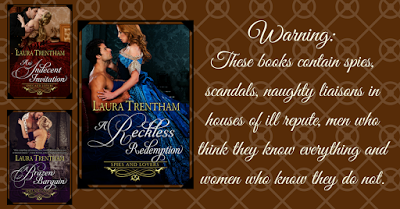 A man’s murmur rose through the occasional nicker and whinny. For a long moment, Bryn stood still, letting the cadence soothe her like a wild pony. The deep, rich voice mesmerized her, and she found herself under its spell, moving inexorably closer to the open stall. She peered around the door to see a man rubbing down his horse with sweeping, graceful strokes of a blanket.

He exchanged blanket with brush and methodically groomed the horse’s flanks, all the while talking nonsense to his besotted mount. The low timbre of his voice lilted with a Scot’s brogue. The horse nuzzled the man during his ministrations. A greatcoat and brimmed hat kept his identity a secret.

The edge of his coat and boots were muddy and road-worn but of excellent quality. How had such a fine gentleman ended up in such an out of the way village as Cragian? For her wedding? Why then wasn’t he at the house with all the other kowtowers?

He circled to the horse’s opposite flank, and she caught sight of the lower half of his face. Weakness crawled into her knees, and her stomach took a fearless leap. She knew him.

Dark stubble covered a strong, square jaw. In juxtaposition, his mouth was sensuous, the bottom lip full and curled up in a smile as if caring for his horse was a pleasure and not a chore. Something deep inside of her, something she hadn’t even known was lying dormant, stirred to life after almost ten years.

It would be this man or no one. The man who’d once loved her sister. The man she’d loved from afar for too many years. Maxwell Drake. The Fates had made her decision. 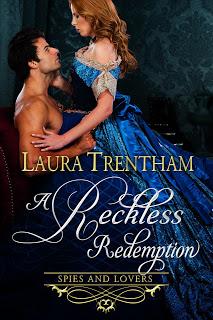 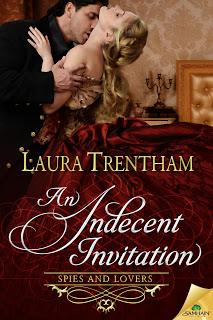 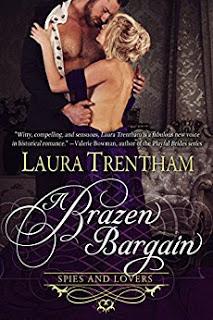 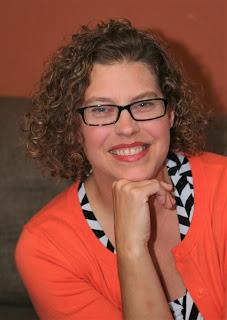 An award-winning author, Laura Trentham was born and raised in a small town in Tennessee. Although, she loved English and reading in high school, she was convinced an English degree equated to starvation. She chose the next most logical major—Chemical Engineering—and worked in a hard hat and steel toed boots for several years.

When not lost in a cozy Southern town or Regency England, she's shuttling kids to soccer, helping with homework, and avoiding the Mt. Everest-sized pile of laundry that is almost as big as the to-be-read pile of books on her nightstand.