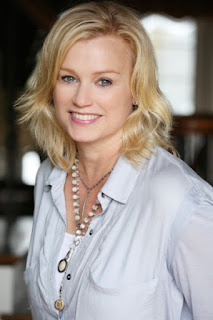 Susan Sands is joining me for a Q&A today. Susan grew up in Northwest Louisiana with strong Cajun roots on both sides of her family but now lives in Atlanta. She enjoys visiting book clubs, bookstores, and libraries when invited and loves to connect with her readers. You can connect with her at Facebook and Twitter or learn more about her and her books at her website.

Welcome, Susan! It’s a pleasure to have you join us to celebrate the release of Christmas, Alabama.

I’m thrilled to be here today! Thanks for hosting me on the Romance Dish!!

This is the fourth book in your contemporary romance series set in the small town of Ministry, Alabama. What should readers expect from this story?

Southern fun and romance, mostly!! The town of Ministry, Alabama “puts on the dog” for Christmas. Folks come from miles around to participate in the 5K Jingle Jog, the beauty pageant, tour of homes, cookie bake-off, and gaze in awe at the magnificent tree rivaling the one in Times Square. They blow snow and host a huge Christmas parade.

Rachel is the town’s photographer, and she’s busy taking pictures of everything and everyone. But she’s not so great with trusting men due to her own father’s behavior within their family.

Dr. Nick’s arm has been proverbially twisted by his employer to fill in at the hospital in Ministry while they’re short staffed between Thanksgiving and New Years. He believes it will be hokey and terrible.

Rachel and Nick become neighbors and share the many “man-getting” casseroles meant to lure Nick into the single clutches of the women in town. They become friends and more before long.
Amidst the hilarity and shenanigans, there is much tenderness and Christmas romance.

Does Christmas, Alabama stand on its own or is it better to read the series books in order? 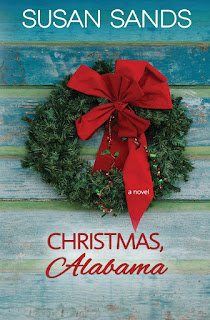 It does stand on its own, but it includes numerous characters from past Alabama series books, so it wouldn’t hurt to have some backstory.

Rachel, a professional photographer, absorbs “more truth through the lens of her camera than words, true or not, could speak.” Which of your characters would you most like to photograph and what do you think the lens would reveal?

Miss Maureen Laroux, the matriarch of the Alabama series would be an excellent study “through the lens.” She carries the secrets and history of much of the town and all the family.

Holiday traditions are very important to the people of Ministry. What are your favorite Christmas traditions?

I adore the smell of a fresh tree, or even a good Christmas candle. Scents of the season affect and boost my emotions because of the memories they evoke.

We always make Christmas dinner—never go out. In fact, I don’t think I’ve ever had Christmas dinner at a restaurant. Turkey, stuffing, deviled eggs, ham, rolls, mashed potatoes, tenderloin. Being from Louisiana, sometimes we do a big shrimp gumbo on Christmas if we’re in the mood.

Rachel and Nick are both fiercely loyal professional football fans. Do you enjoy sports? To which teams do you give your loyalty?

Strangely, my teams are mostly rival teams. But I grew up in Northwest Louisiana, where half were split Dallas Cowboy fans and the other half New Orleans’ Saints fans. We were Cowboys fans all the way. Then, when I married, I moved to New Orleans and we became Saints fans. But then, we moved to Atlanta, where I’ve lived for over twenty years. Guess what? I’m now a Falcon’s fan. That is not allowed. But I like them all still!! So, I’m a Falcons/Saints/Cowboys fan. They all hate one another.

Do you have plans for more books in this series?

I didn’t. But a couple new characters cropped up, like they seem to do…

Homebody. But someday I want to travel…

No to both for scents, but love both in baked goods!

Have Yourself a Merry Little Christmas (The Carpenter’s version)

Thanks so much for visiting with us today, Susan!

Readers, do you have a special Christmas tradition?

Susan has generously offered a signed copy of Christmas, Alabama to one randomly chosen person who leaves a comment before 11:00 PM (Eastern), November 7.