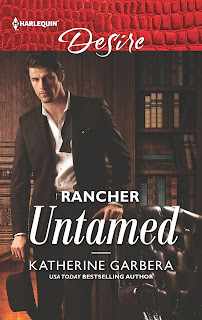 For Pippa, what should have been a simple one night stand before she takes her life back turns into something much more complicated. She’s been in hiding for four years until she comes of age and can return to inherit her place as head of a global jewelry corporation and finally be out from under her father’s thumb and insistence for the right man (read: hand-picked husband) to guide the helm. On her last week in hiding, she finally decides to have a fling with her temporary home’s Most Eligible Bachelor, Diego Velasquez. Diego is also the head of his family’s multi-million dollar corporation, and he has had eyes for Pippa since he first met her--though she’s been determined to evade him. Until now.

Pippa buys Diego at the charity bachelor auction, and they go out on a whirlwind date, which of course, ends up with the whirlwind whisking off their clothes and there being lots of happy, naked fun times. Until the morning after. Diego has no idea of Pippa’s other identity, though he does know she’s a secretive woman; and Pippa is dismayed to find that her carefully laid plans to be casually laid blows up in her face. The rationale was simple: a relationship with Diego would never work, but having a little bit of pleasure is better than none at all, right? Except now she’s questioning the future she was so sure she was getting; and the possible future she’s leaving behind.

Both the hero and heroine are very likeably flawed and the conflict was real and deep enough that I did wonder how such a long distance relationship could work out. However, as promised, Ms. Garbera does make it work--and Diego and Pippa get their much deserved happily ever after. For me, the story felt a little thin. This story lives up to all the expectations of a Harlequin Desire (200 pages, lots of sex, HEA)--I’m afraid my lack of enthusiasm stems more from the constraints of those expectations than the characters themselves.

If you love quick sexy reads with heroes who are conscientious, kind, and smoldering in that “consent is sexy” way, throw this book in your cart and take it for a spin. If, however, you prefer more story to sexy times, more high-leg to thongs, and more probable HEA to possible HEA, maybe find a longer book set in a period before g-strings.