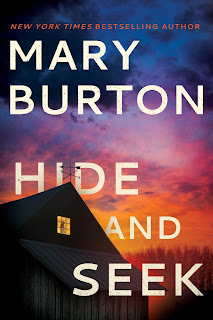 HIDE AND SEEK
EXCERPT ONE: Only by Accident

The man grew silent for a moment as his shoulders stiffened. Reality had chased away the pleasant last moments. Neither Macy nor Nevada spoke. Each knew the man needed to tell his story in his own time.
Turner cleared his throat. “Tobi had only been driving on her own for six months, and we got worried when she drove off by herself.” He shook his head. “But there comes a time when you have to let them grow up, right?”
“Tobi never made it to the high school, did she?” Macy asked.
“The cops found our van at a parking lot a mile from the school. Sheriff Greene interviewed all the kids at the study session, but they said Tobi never came into the school.”
“Was she dating anyone at the time?” Macy asked.
“She’d gone out a few times with a kid from the debate team, but he’d been in Ohio at a math competition when she went missing. The cops cleared him right away.”
“Are you sure there wasn’t anyone else?” Macy pressed.
“I’ve been asked that question a lot. And the answer is always no. Tobi was focused on school, not boys.”
Macy knew young girls could and did hide many things from their parents. “When did you know something was wrong?”
“We had given her an eleven p.m. curfew. At half past eleven, I called her friend Jenna Newsome,” he said. “They were close that last year.”
“And what did Jenna say?”
“She said she didn’t know anything,” Turner said. “Jenna still lives in town, but I don’t know the exact address.”
“Was there anyone else close with Tobi?” Macy asked.
“She was friendly with the kids in the band. But she didn’t have much time for socializing. Are you going to talk to Jenna?” he asked.
“I am.”
“Okay, you speak to Jenna, then what?” Turner demanded. “It’s been fifteen years, and the cops came up with nothing. My girl was only found by accident.”
Macy sidestepped the comment. “When did you call Mr. Greene?”
“It was past midnight.” He shook his head. “I should have called the sheriff five minutes after eleven. It wasn’t at all like Tobi to be late, but my wife said to give her a little more time.”
“And did the sheriff launch a search?”
“The sheriff didn’t sound worried, and I remember I lost my temper. He said he’d look into it.”
©2019 Mary Burton

Have you read any of Mary Burton's books?

Do you enjoy trying to figure out the mystery in suspense novels before the big reveal? How often are you correct? 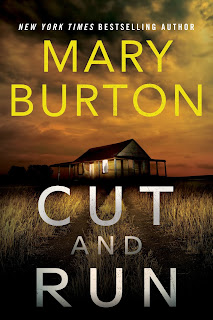 
Trauma victims are not new to medical examiner Faith McIntyre, but this one is different. The unconscious woman clinging to life after a hit and run is FBI agent Macy Crow. What the woman from Quantico was doing in a dark alley after midnight is just one mystery. The other is more unsettling: Macy is Faith’s mirror image—the twin sister she never knew she had.
Faith knew that she was adopted, but now she’s finding that her childhood concealed other secrets. Following the trail of clues Macy left behind, Faith and Texas Ranger Mitchell Hayden make a shocking discovery on an isolated country ranch—a burial ground for three women who disappeared thirty years before.
They weren’t the only victims in a killer’s twisted plot. And they won’t be the last.
As the missing pieces of Faith’s and Macy’s dark lives snap into place, Faith is becoming more terrified by what she sees—and by what she must do to save her sister and herself from the past.