Jaime Rush is a small-town girl who clearly has her priorities in order.  As she says at her website,  I've lived in the same southwest Florida town my whole life. I have a wonderful family, fabulous friends, and consider myself blessed beyond reason. I swim, work out, meditate, read, and spend time with the aforementioned friends and family. I try to find joy in the little things in life and to find the lessons in the hard times. Life is truly what we make it, and I choose to make mine fantastic.  That sounds like someone I'd like to know better so I was delighted when Jaime agreed to an interview for her visit with us here at The Romance Dish.  I hope you all enjoy getting to know a little more about Jaime and her wonderful books.

Welcome to The Romance Dish, Jaime! Congratulations on the release of TOUCHING DARKNESS, the third book in your Offspring series. Will you tell us a bit about the series and TOUCHING DARKNESS in particular?

The series is about a group of twenty-somethings who live ordinary lives but possess extraordinary psychic abilities. They are the Offspring of parents involved in a mysterious experiment gone awry. Sexy…dangerous…outcasts… They are being hunted by the government and others like them. Together they must find the truth and fight an enemy out to destroy them. 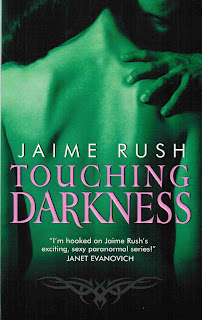 In TOUCHING DARKNESS, Nicholas Braden, a psychic spy in a covert government program, suspects he's a pawn in a mad man's quest for justice. His boss's stunning assistant is too loyal to give him answers, but Olivia's secret, wild side bends his mind and fires his body. As they edge closer to the darkest truth, good and evil blur, threatening their very survival.

That sounds fascinating!  Should the Offspring books be read in order?

As with all series, I think readers get more by starting at the beginning. That said, I've written my series with new readers in mind, so they're caught up pretty quickly but without a big info dump. My goal has always been to wrap up the initial arc within three or four books, with the rest being more standalone. TOUCHING DARKNESS wraps up one part of the arc and BURNING DARKNESS (Feb 2011) wraps up the government arc completely, answering the question about where the Offspring got their abilities from. And now, with book 5, the plot isn't related to that arc but merely springs off from it. So it's nice for new readers coming in, because they don't have to digest a lot of backstory.

What's the most important thing we should know about Nicholas and Olivia before reading their story?

Nicholas is a hero who embraces peace, so it's the hardest for him to realize he's in the middle of a war in which he has to choose sides—and fight. Plus neither side is black or white. And it's tough for him to realize the woman he's in love with is on the wrong side! As for Olivia, she thinks it's Nicholas who's on the wrong side, and facing the truth means losing something very important to her. 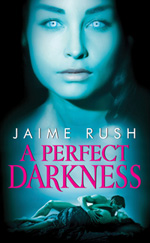 How many books are planned for this series?

I'm contracted for six books, and I've just finished the first draft of book 5. I could go on for a while, I think, but that will depend on sales and demand. With this last book in my contract, though, I could easily write any one of three more people's stories!

I’ve seen the Offspring books described as paranormal, romantic suspense and urban fantasy. How would you describe them? 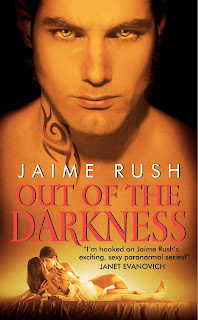 Yeah, that about sums it up