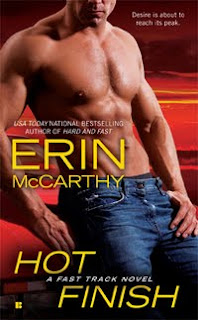 Two years ago, Suzanne and Ryder Jefferson’s marriage fell apart and the couple divorced after four years of marriage. The two have since remained on friendly terms as they have so many mutual friends in the race car industry. After realizing she is flat broke, Suzanne gives up her beloved charity work to return to the wedding planning business. Luckily, she is immediately offered the chance to plan a prestigious wedding, which includes a hefty advance. The only drawbacks being that the bride is a brainless twit and the best man is Suzanne’s ex-husband. Except she and Ryder discover that they’re not really divorced! Apparently, Ryder missed a long ago court appearance, so they are still legally married. Suzanne did not need this on top of the stress of planning a wedding that will take place the following month—right before Christmas.

Ryder doesn’t take the news that he and Suzanne are still married as hard as she does. After all, he still has a thing for her and always has. From the moment he first met her six years before, he knew she was the one for him and even though they constantly bickered, he enjoyed being married to her. Now all he has to do is convince her of that. Knowing how stubborn and proud Suzanne is, Ryder is aware that it won’t be an easy task. Given that they never argued in the bedroom, he decides to start there and hopes that she will realize just how good they are together—both in bed and out.

Hot Finish is the latest installment in Erin McCarthy’s Fast Track series—one that I am a huge admirer of. Other fans of the series know just how thick the tension has been between Ryder and Suzanne from the very start. In this one, readers learn exactly why. Ryder and Suzanne come from different backgrounds—she grew up poor and was raised by her grandparents, he grew up in a happy family with parents who indulged his every whim. Therefore, Suzanne always felt like she was never good enough for Ryder. But of course, he never cared about her personal history and loved her in spite of it. Their marriage fell apart because neither was good at communicating with the other (she hid her emotions with sarcasm and he retreated behind a shield of bravado and mockery), so it was nice to watch them work hard to overcome their weaknesses. And speaking of Suzanne’s sarcasm, I loved all of her many hilarious metaphors—especially the ones in reference to Nikki, the Bridezilla. They kept me in stitches!

If you’re looking for great contemporary romances that are on the spicy side with characters that you totally root for, look no further than Erin McCarthy’s Fast Track series: Flat-Out Sexy, Hard and Fast, and Hot Finish. Needless to say, I love this series and am eagerly anticipating the next book!