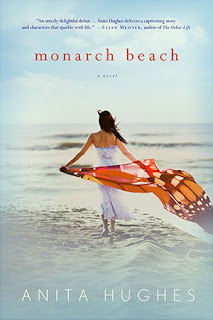 Amanda Blick’s life may not be what she dreamed of at eighteen, but it’s one she finds fulfilling. She’s happy in Marin County, California, with her routine of ladies auxiliary lunches, committee meetings, PTA fundraisers, and after school activities for her eight-year-old son Max. She’s still in love with Andre, her sexy French husband, a chef whose restaurant specializes in fondues. Life is good—until everything changes one Tuesday when she drops in unannounced on her husband at his restaurant and finds him enjoying a close encounter of the sexual kind with his Scandinavian sous chef. As a sop to Andre’s pride, the Blicks have been living in a small house and managing on Andre’s income, but Amanda belongs to a wealthy, established San Francisco family and has inherited a fortune from her father. When her mother learns of Andre’s infidelity, she first calls a lawyer and then makes reservations for herself, Amanda, and Max to spend the summer at the upscale St. Regis Monarch Beach Resort.

Andre insists that his affair was meaningless, that he loves Amanda and Max, that divorce is ridiculous. Amanda waffles a bit, but she’s almost certain she can no longer live with Andre. What better place to make up her mind than the St. Regis where childcare and surfing lessons are provided for Max, designer fashions are available in the shops, and a perfectly trained hotel staff caters to her every wish from decadent desserts to thousand-thread count Egyptian cotton sheets. When she has a surfeit of working out and lying in the sun, she can spend time with Edward, an older, divorced man, also a chef, who welcomes her to his restaurant and to his bed. But when Edward, angry about Amanda’s difficulty in letting go of Andre, spends an evening with an old friend with benefits, Amanda wonders if she can trust any man.

Written in first person, Monarch Beach is chick-lit rather than romance fiction; thus, no one should be surprised that conventions of the romance genre are ignored here. Readers who consider adultery taboo may be turned off by Amanda’s affair with Edward while she is still legally the wife of Andre Blick. Frankly, I was less bothered by her unfaithfulness than by her shallowness. I quickly grew weary of the endless details of couture and cuisine, and I found nothing to admire or like in Amanda’s immaturity and passivity. Andre has made all the decisions in their marriage, and after she leaves him, her mother takes over. Amanda seems to revert to adolescence in the games she plays hiding her activities from her mother.

Even the sex is pedestrian. Although Amanda claims that Edward’s lovemaking leaves her in “a state of sexual bliss,” she hardly seems a participant but rather an object acted upon. Her passivity is not limited to sex. She never behaves like a thirty-something adult. At the end, after she is disillusioned by Edward, it is her mother who suggests Amanda can still become the fashion designer she dreamed of being. It is her mother who makes a series of phone calls to the “right people” and through the magic of money and contacts in a few days has Amanda admitted to the prestigious Parsons School of Design, secures a suite for Amanda and Max to make an unlimited stay at the St. Regis in New York, registers Max at private school with a waiting list, and persuades Andre to accept the divorce. I see little evidence that Amanda changes and grows during the course of the book.

A review is one person’s opinion, and I have never been particularly interested in the lifestyle of the privileged and cheated on. Other readers may be interested and may enjoy Monarch Beach. I didn’t, and I can’t in good faith recommend it.

~Janga
http://justjanga.blogspot.com
Posted by The Romance Dish at 12:00 AM