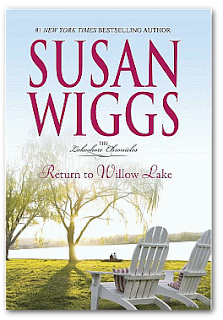 Sonnet Romano has come home to Avalon for the wedding of her best friend and stepsister, Daisy Bellamy, and Julian Gastineaux. As happy as she is for Daisy and Julian and as exciting as the wedding and related festivities have been, Sonnet is left with a feeling of loss and restlessness. A post-wedding boat ride with Zach Alger, her other best friend, leads somewhere Sonnet never intended to go. Jell-O shots, champagne, starlight, and a kiss that shifts a lifetime of friendship end with a yes Sonnet never expected to say.

But her life is no longer in Avalon, and six months later, Sonnet is back in Manhattan where she is a director at UNESCO. Life is good. Her relationship with Orlando Rivera, the Cuban-American director of her father’s senatorial campaign, is turning serious. She’s just been chosen as a recipient of a Hartstone Fellowship that will make her director of a program to aid indigent children at home or abroad, a coup that will fulfill a dream and earn the approval of her distant, goal-oriented father, General Laurence Jeffries. That night with Zach was a mistake she’s trying to forget. Avalon, Willow Lake, and Zach Alger are her past. Orlando and the fellowship are her future.

But when Sonnet learns that her mother, Nina Romano Bellamy, is pregnant, she takes a long weekend to return again to the inn at Willow Lake. Nina was just a teenager when she gave birth to Sonnet, and, although the large, big-hearted Romano clan showered both Nina and Sonnet with love and emotional support, for most of Sonnet’s life, it was she and her mother, a tight unit who depended on one another. Part of Sonnet is thrilled with her mother’s news, but with twenty-seven-year-old Sonnet’s own biological clock ticking away and an unexpected jealousy that this younger sibling will have the two-parent family that she never knew, Sonnet’s reactions are mixed. Then, Zach breaks Nina’s confidence to tell Sonnet that her mother has breast cancer. Sonnet knows that, despite Nina’s objections, the Hartstone Fellowship must be declined. Her place is at Willow Lake while her mother goes through a pregnancy that is complicated by cancer treatment.

The summer that follows is one of heartbreak threatening and heart knowledge acquired, a time when Sonnet discovers some dreams are rooted in shallow soil and some people are not at all what they seem to be. It is the summer Sonnet finally grows up. She comes to terms with her past, redefines her future, and earns an HEA as satisfying and romantic as her friend Daisy’s.

Return to Willow Lake has the emotional punch, complex family dynamics, and old-fashioned love story with a modern edge that have made the Lakeshore Chronicles of Susan Wiggs so popular with readers. As with any long-running series, some stories are more appealing than others, but overall, the series has been remarkably consistent. One of the delights has been watching the characters who were young teens when the series began mature and become the heroes and heroines of their own stories. Wiggs did a superb job in RTWL of balancing threads from earlier novels with new plot threads. Seeing Sonnet accept her father and his limitations and develop a full appreciation of the life her mother and the extended Romano family have given her were as important to me as the romance. I also loved seeing Zach come into his own. Watching Nina and Greg go through another stage in their marriage was also rewarding, and Jezebel is a delightful character, one I’d love to see again.

The Lakeshore Chronicles addicts who have been waiting for this book since they turned the last page of Daisy’s story last year are going to love yet another visit to Willow Lake, but Wiggs includes enough back story for even a new reader to understand the relationships without difficulty. I recommend this book--particularly for readers who appreciate a hybrid tale that combines the mother-daughter focus often found in women’s fiction with a romance between two characters with their fair share of baggage.