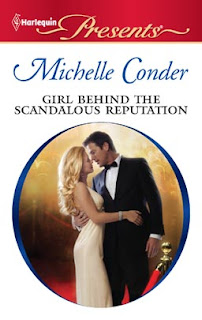 Hey, happy Christmas to those of you who celebrate the season.

Thank you to everyone who has swung by to read or comment on one of my Second Helping reviews this year and a big special thank you and huge hug to the Dishes who let me share some of my favorite reads with you every month. I'm really looking forward to talking about more great books and finding out about books you've loved (my TBR pile is groaning under all your recommendations) in 2013!

I seem to have had a Harlequin kinda year. Perhaps because I've been so busy and I love how a category romance can give me my romance fix within a couple of hours' reading time. Whatever the reason, I've read some great Harlequins this year and discovered a couple of fabulous new authors including Fiona Harper and Ellen Hartman.

I'm currently head down on a new book, but just to freshen up my brain before I began the latest Sons of Sin story, I took a few veg days when I read and pottered around the house and watched TV and just basically relaxed. These days gave me a chance to catch up on some of the books lurking in the TBR pile (some of those are so old, they've got whiskers on them!). Hiding shyly behind a bush consisting mainly of historical romance I WILL read soon, I discovered these two treasures by Aussie author Michelle Conder.

The Australian Romance Readers Association held a signing back in August in conjunction with the Romance Writers of Australia conference at the Gold Coast in Queensland. I was lucky to sit next to Michelle and she was kind enough to give me signed copies of her first two books.

And when I say lucky, I mean LUCKY! I devoured both these books in a single morning (I wake up early!) and then groaned when I realized I had to wait until January 2013 for her next book LIVING THE CHARADE which sounds fantastic! Because she's a new author, there's no backlist so I've got one message for Ms. Conder - WRITE FASTER!!!! ;-)

Michelle's highly polished and compelling debut is GIRL BEHIND THE SCANDALOUS REPUTATION. Rising film star Lily Wild is the child of scandal and the paparazzi have given her a totally unjustified reputation as a party girl. She's long had a love-hate relationship with her best friend's brother, Tristan, the future Duke of Greythorn. Tristan has saved her from numerous scrapes, not usually of her creation. Not that Tristan will ever believe that. When Lily's caught with drugs hidden in her bag at Heathrow, Tristan comes to her rescue again but the only way he can save her from jail is to become her custodian himself.

A classic Presents scenario. Two people who dislike and mistrust each other but are likely to combust with the heat of the chemistry between them are trapped under one glamorous roof. As you can imagine, sparks fly sky high. This is a really fun read! The dialogue in particular is great. 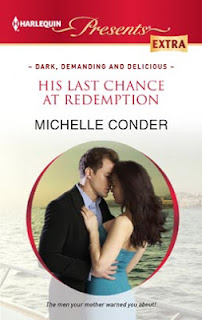 Michelle's second book, HIS LAST CHANCE AT REDEMPTION, inhabits a similarly glitzy world. After all, one of the pleasures of the Presents line is that it gives us all a chance to live vicariously in the milieu of bumptious billionaires.

Leo Aleksandrov, the hero, is the richest man in Russia. After a horrific childhood, he's built himself up from nothing. Words like 'love', 'family' and 'commitment' just aren't in his vocabulary. But he does possess his own steely honor and when the ditzy mother of his son disappears, leaving the boy alone, Leo steps in to take over. Taking over includes blackmailing his son's childcare worker, Lexi Summers, into becoming nanny for a long weekend on a yacht in Greece (see what I mean about glitzy?).

I love books where the hero and heroine find themselves attracted to the last person they thought they'd ever want. Leo lives in a world of super-rich and supermodels, but he can't get ordinary girl Lexi out of his mind. And when she's ready to go toe to toe with him over his son's welfare, basically he's a goner. Leo's a damaged man and Lexi has baggage too. It's wonderful watching these two battle it out to a very satisfying happy ending. Again, highly recommended.

I'm hoping to do some more TBR demolishing over Christmas. What are your reading plans for the Holidays? Season's greetings to everyone!
Posted by Anna Campbell at 12:00 AM