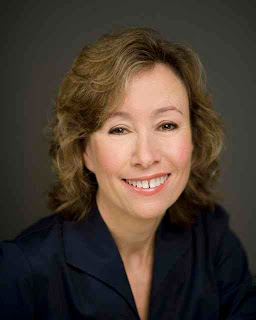 The Dishes are delighted to welcome paranormal author Pamela Palmer to the blog!  A Love Untamed (Dec. 26, 2012) is the seventh book in Pamela's popular Feral Warriors series.  Pamela is joining us today to blog about experiences and how they shape the people we become.

Experience Makes the Man (or Woman)

Our past experiences, whether from early childhood, our teen years, or later, can, and often do, affect our perceptions, our actions, and many times who we become as we get older. We are, in essence, a combination of nature and nurture, who we started out changed by all we’ve experienced.

I’ve often wondered who I might be today if I’d grown up in one home, going to school with the same kids from kindergarten through high school. Instead, I grew up moving constantly. My dad was an Air Force pilot until he retired when I started high school. At fourteen, we moved into the eleventh house I’d lived in. Friendships were temporary things to me, but family was everything, even though mine was small—just my parents, my brother, and me. Home meant family, period. Because the house and the city we lived in changed constantly.

Moving all the time formed me, I’m sure of it. I handle change extremely well, as you can imagine. But I was also taught to embrace the changes in our lives by a mother who loved the Air Force life. She grew up in a small town dreaming of travel and adventure. She was the perfect Air Force wife. For decades after Dad retired, Mom claimed that every three years, she and the furniture headed for the front door, ready to move again.

My nomadic childhood may have formed me, but it was happy and left me with few traumas. The only one, really, happened when I was five and we were living in Boulder, Colorado. One day the Chinook winds barreled through Boulder at over 100 mph. Mom called Dad at work—he was in Denver where the winds were mild—and said, “The winds are terrible. I think you need to come home.” Dad told one of his co-workers he was heading home and the man shook his head. “The winds are nothing.” My dad’s reply, “In the eight years we’ve been married, this is the first time Pat’s ever asked me to come home. I’m going.” By the time he entered Boulder, he could hardly keep his big old station wagon on the road. Within an hour of his getting home, the plate glass window in the living room blew out. Then other windows started to go. The house was less than a year old. By the end of the night, my brother’s room, a lower level one of our split-level, was the only one in the house with the windows still intact. We all slept in that one small room that night. I’ve never forgotten it. And to this day, when the wind starts blowing hard, I tense, subconsciously waiting for the windows to break. 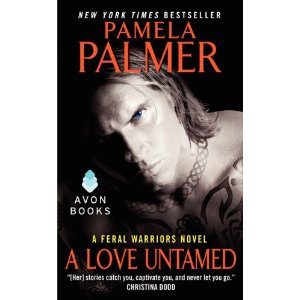 Past events, past traumas, change who we are, or at the very least, affect us in ways we often neither realize nor understand. Sometimes, if we’ve been victims of violence or trauma, we know exactly what’s changed us, even if we can’t do anything but live with it.

In A Love Untamed, the heroine, Melisande, is an immortal, an Ilina mist warrior. Yes, she’s virtually indestructible, but that doesn’t mean she can’t be hurt. And she has been. Melisande is over 5000 years old. That’s a lot of time to acquire baggage. And Melisande has baggage, in spades. It’s no wonder her emotional armor is three feet thick, and no wonder no one’s been able to penetrate it. Not until Kieran, the new fox Feral Warrior, takes an interest in her and begins to burrow not just under her skin but beneath those impenetrable barriers. It hurts when defenses shatter. But sometimes that’s the only way to start healing.

The back cover blurb for A Love Untamed:

The newest member of the elite Feral Warriors brotherhood, Fox is eager to prove himself on the frontlines of battle against the Daemons. When paired with the legendary Ilina warrior, Melisande, he expects the fierce beauty to quickly fall under the spell of his quite considerable charm. Instead, he finds himself spellbound by a woman who's his match in every way.

Beneath Melisande's brittle exterior lies centuries of pain and a violent hatred of all shape-shifters--a hatred that slowly crumbles after they're caught in a deadly and cunning Mage trap and she glimpses a surprising depth in her far-too-seductive partner. Their survival demands unconditional trust--and their salvation surrender to a wild, untamed love.

Question for you: Who’s your favorite character (in a book, movie, or television show) with a tortured past? Comment for a chance to win a signed copy of Desire Untamed, the first book in my Feral Warriors series.
Posted by pjpuppymom at 12:30 AM