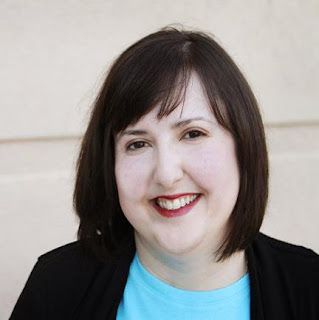 We'd like to welcome Manda Collins as our special guest today.  Manda is celebrating the release today of How to Entice an Earl, the third book in her Ugly Ducklings trilogy.  All three of Manda's books have been garnering rave reviews, including a 5 star review from PJ for her second book, How to Romance a Rake and a RT Reviewers' Choice Awards nomination for her debut, How to Dance With a Duke.  If you haven't read Manda's books yet, now's a great time to start!


How to Push a Boundary
By Manda Collins 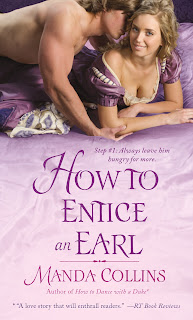 Since my first book, How to Dance with a Duke, opened with the heroine being forcibly kept out of a gentlemen only establishment, it should come as no surprise to you, gentle reader, that I harbor a deep dislike for institutions that discriminate against women. (And for that matter, anybody the proprietors might deem unworthy to pass through their hallowed doors.)

I think this probably goes back to the seething resentment in my pre-pubescent heart when I was, as a girl, not allowed to be an Altar Boy lo these many years ago. Of course now they’re called “Altar Servers” and girls are totally allowed. (Hence, the change from “boy” to “server.”)  But that was my first encounter with being denied something solely on the basis of a fact about myself I could not change.

Surprising to no one who recalls that women got the vote less than 100 years ago, the Regency Period was also less than accepting of women in places that were deemed only suitable for men.  Though it was perhaps freer than the Victorian period would be decades later, Regency England still endeavored to keep women—especially ladies—out of spots where the men in power thought they did not belong.

In my latest Ugly Ducklings story, How to Entice an Earl, Maddie runs into the same sort of nonsense when she desperately needs to visit a gaming hell for research purposes only and none of her male acquaintances will agree to take her. Because, as they reason, such places are not suitable for an unmarried young lady of gentle breeding. For someone as resourceful as Maddie, however, a little thing like a refusal is hardly going to stop her. All it takes is a bit of sibling blackmail…

As you may have guessed, I love reading about women who rattle the cage and buck the system and fight the power…and so on and so forth. One of my favorite heroines is Loretta Chase’s classic Lord of Scoundrels. In fact, pretty much all Loretta Chase heroines resist the roles society imposes on them.  Do you have a favorite “I Am Woman Hear Me Roar” romance heroine? Do tell! Inquiring Minds Want to Know!

One commenter will win a copy of How to Entice an Earl! (Open
internationally.)

Manda also has an interview today at www.kissandthrill.com.  Drop by and leave a comment for another chance to win How to Entice an Earl.