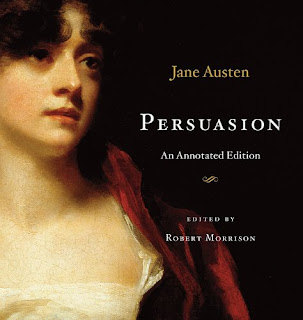 Did you know that 2013 is a big year in Romancelandia?

The book that launched a million Regency romances, PRIDE AND PREJUDICE, is 200 years old this year. There are events planned to mark this momentous occasion in every corner of the world . I wouldn't be surprised if there's even a Turn Your Yurt into Pemberley day in Outer Mongolia!

There are lots of things happening in Australia to mark this anniversary. I was lucky enough to be invited to take part in the Absolutely Austen! event at Gold Coast Libraries back in February.

I've read PRIDE AND PREJUDICE more times than I can count. I always find something new in it. In fact, my very first review here at the Romance Dish was of PRIDE AND PREJUDICE: http://www.theromancedish.com/2009/11/mr-collins-to-rescue.html

So I knew I could wing it if someone asked me about P&P (especially if the question involved swooning over Mr. Darcy. Always had a crush on Mr. Darcy!), but I haven't read the other Austen books in years. Partly because, don't shoot me, I'm not a huge fan of MANSFIELD PARK, EMMA or SENSE AND SENSIBILITY.

The book I decided to read again was NORTHANGER ABBEY because there's a really lovely BBC version of it that made me want to revisit this story (haven't read it since I was standing in line for theatre tickets in London in 1985). But I couldn't find it. One of the hazards of having so many books lying around the house.

Instead I read a book I've always loved, I've read several times, but I haven't read in ages, PERSUASION.

PERSUASION often seems to be treated a bit like the redheaded child in the Austen canon, which is a pity because it's wonderful. It's much quieter than PRIDE AND PREJUDICE and the heroine has none of Lizzie's flash and sparkle. Captain Frederick Wentworth is a wonderful hero, brave and handsome and passionate, but he's not actually on the page a lot as a character although he plays a large part in the other characters' thoughts.

One of the things we love about Darcy is that he's got a hill to climb before he gets his happy ending. Wentworth on the other hand is pretty much the ideal man from the get-go. Yeah, it takes him a while to get over his huff but honestly, who could blame him? And despite our heroine's obvious qualities, he sets his sights on the wrong girl before he quickly comes to his senses. Yup, pretty much a flat character arc with the ole captain dude.

At the heart of PERSUASION is Anne Elliot. Anne is a sensitive woman of refinement and intelligence and unselfish courage. She's also a bit of a Cinderella in her horrible family. Her father, Sir Walter Elliot, is shallow and vain and a world-class social climber. Her oldest sister is a colder version of the father. Her younger sister Mary is a comic masterpiece, the sort of girl who would complain in heaven and who always feels completely hard done by.

At the age of nineteen, Anne falls passionately in love with a junior naval officer of no fortune but infinite promise (Wentworth, of course!). Because of inexperience and lack of confidence, she allows her godmother to persuade her against accepting his offer of marriage (hence the title of the book). Wentworth leaves in high dudgeon to pursue what becomes a brilliant career. Anne is left to fade into gentle spinsterhood as the family dogsbody.

The story opens when eight years later, Captain Wentworth returns to the district, rich, famous, and in search of a wife befitting his new status in the world. Needless to say, he's still angry at Anne for being so spineless. Through a series of encounters, including the famous visit to the seaside resort of Lyme Regis, Anne and Wentworth gradually find their way back to one another.

Anne is never in doubt of the quality of the man she rejected all those years ago so we feel every ounce of her pain when it's apparent that he hasn't forgiven her. Wentworth is determined not to be hurt again, but slowly he discovers that he can't find a new love when his old love still haunts him. And PERSUASION has one of the most satisfying endings anywhere. I always cry when I read it and I cried again this time. Sigh.

Anne Elliot lies at the center of this subtle story of love found, lost, then found again. There's a depth to her character that is absolutely unforgettable. Her longing and regret will break your heart. One of the joys of PERSUASION is watching Anne blossom into the warm, fulfilled woman she was meant to be.

This was Jane Austen's last completed novel and it packs an enormous emotional punch. You can't help thinking of where her genius would have taken her after this. Charlotte Bronte was always very dismissive of Austen, calling her books 'commonplace' and bloodless. CB never read PERSUASION. I wonder if the heartfelt emotions in this book would have converted her into an Austenite!

Have you read PERSUASION? How do you think it stacks up against its flashier and more popular sister PRIDE AND PREJUDICE? Wentworth or Darcy? What's your favorite Jane Austen story?
Posted by Anna Campbell at 12:00 AM