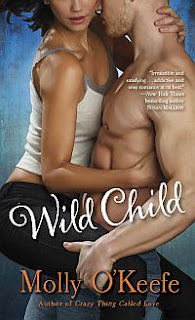 Jackson Davies left law school seven years ago after his parents were killed in an automobile accident and returned to Bishop, Arkansas, to make a home for his eleven-year-old sister in the Big House, the family home where generations of Davies descendants have lived. He serves as the mayor of Bishop, a job his father held before him. Bishop, like a lot of small towns, has been hit hard by the recession, especially in the years since the okra-processing plant closed. The town is on the verge of bankruptcy and will soon be forced to make some tough choices between public services. Jackson is committed to finding a way to save Bishop. If he can do that, then when his sister leaves for college in a year, Jackson can leave too and reclaim the life he lost with all its opportunities for exploration and self-indulgence.

Monica Appleby is returning to Bishop, a town she barely remembers, for the first time since she left it when she was six. Monica has lived all over the world, but it is little Bishop that haunts her. It was the site of her mother’s putting a bullet through Monica’s father in self-defense. The author of a little known book about rock-star groupies and of Wild Child, a bestselling memoir about her own experiences as an out-of-control teenager immersed in a world of drugs, sex, and rock music, Monica plans to write a book about her father’s death. To do so, she must interview the citizens of Bishop who remember details Monica never knew and perhaps awaken memories that she has buried deeply.

Jackson learns of a contest in which small towns compete to become the home of Maybream Crackers new factory. He sees it as a way to save Bishop and free him, and he is determined to do everything he can to present Bishop as a wholesome, forward thinking, family friendly town-- perfect as the factory site. The last thing he needs is the scandalous Monica back in town probing memories and raking up the darkest moment in the town’s past. The clash between Jackson and Monica is inevitable, but the powerful chemistry between them catches them both by surprise. Even more surprising is that these two people who appear to be opposites are so much alike beneath the public personae they have created. But letting people inside carefully constructed barriers is risky and scary and messy. Monica and Jackson must find the courage to truly know themselves and to allow themselves to be fully known if they are to have a chance to find their “perfectly imperfect” future together.

Molly O’Keefe manages to use light moments to balance the darkness and to include plenty of sizzle for readers for whom that is a primary consideration, but what she does best is create imperfect, memorable characters. Not just Jackson and Monica but all the minor characters as well harbor secrets that their public faces do not reveal. They all struggle with the gap between who they are and what other people expect them to be. Underlying the internal and external conflicts is the idea that people can lose themselves when they are too caught up in being what others expect them to be.

O’Keefe’s insistence that there are no perfect characters extends beyond the fictional characters to touch the reader. Most readers will feel a visceral connection to Monica who is trying to prove that she is better than the past that most people use as a basis for judging her or to Jackson who is so caught up in fixing everyone and solving their problems that he can’t see himself clearly. They will recognize the inescapable truth O’Keefe conveys: human beings are quick to apply labels to each other, but we are all too complicated and messy and contradictory to be contained by a convenient tag.

Some novels I read are merely entertainment. Rarer are those that make me think hard thoughts and push me to examine my own life. Wild Child did that. I live in a small town, I practice a faith that teaches me to love and not to judge, but I found myself wondering how I would react if a reformed wild child became part of my community. If you appreciate books that combine moments that evoke genuine laughter with those that touch darker emotions and cause you to look at the real world you inhabit with a new perspective, I highly recommend this book.


Wild Child is the first in a new series. I have no idea what’s next, although I searched for hints. The repressed schoolteacher Shelby and the brooding Brody are the secondary characters I find most intriguing, but the first book is rich with possibilities for further stories. One thing is certain: whatever Molly O’Keefe writes, I’ll be reading it. I love those flawed characters!