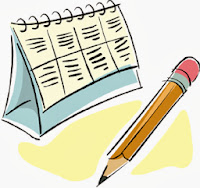 Believe it or not, it's time again to mark your calendars and Make Your Reservations for December! I don't know about you, but 2013 has flown by for me. Thankfully, I've had a lot of great books to keep me company and many to look forward to. Here are just a few of the books we are anticipating. Are any of these on your list? If so, which ones? If not, which books are on your list? 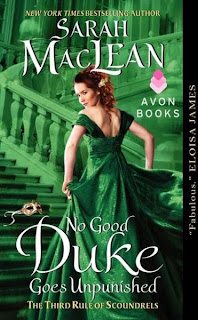 He is the Killer Duke, accused of murdering Mara Lowe on the eve of her wedding. With no memory of that fateful night, Temple has reigned over the darkest of London’s corners for twelve years, wealthy and powerful, but beyond redemption. Until one night, Mara resurfaces, offering the one thing he’s dreamed of . . . absolution.

Mara planned never to return to the world from which she’d run, but when her brother falls deep into debt at Temple’s exclusive casino, she has no choice but to offer Temple a trade that ends in her returning to society and proving to the world what only she knows...that he is no killer.

It’s a fine trade, until Temple realizes that the lady—and her past—are more than they seem. It will take every bit of his strength to resist the pull of this mysterious, maddening woman who seems willing to risk everything for honor . . . and to keep from putting himself on the line for love. 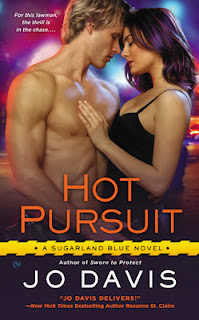 In Sugarland, Detective Taylor Kayne is always ready with quick wit and a quicker smile. But he’s about to meet a woman who will make him want to take his sweet time...

Taylor is a laid-back, smart-aleck kind of lawman. He’s also a man’s man, as well as every woman’s private fantasy. But years ago, he was part of a botched hostage situation that ended with him being hailed as a tough-as-nails hero—even though the pain, fear, and shame from that terrible day still haunt his every moment.

Cara Evans couldn’t care less about Taylor’s pain. In the moment he became a so-called hero, she lost someone she dearly loved. Yet neither of them is prepared for the instant, undeniable attraction that flares between them—or the danger that’s soon hot on their heels. 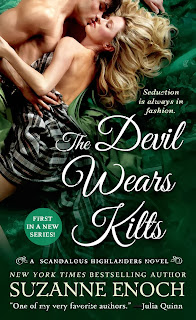 The Price of Passion…

On a mission to rescue his runaway sister from the lure of flowery compliments and a useless lot of satin-clad scalawags disguised by their snooty titles, Ranulf MacLawry, Marquis of Glengask, has roared into British society like a storm across the Highlands. But he’s about to find out that satin has its appeal, especially when it covers the curves of Miss Lady Charlotte Hanover—whose tongue is as sharp as her skin is soft...

Lady Charlotte  Hanover has had her fill of hot-headed men, having lost her fiancé in an utterly unnecessary duel. When did brawn ever triumph over brains?  And yet there is something solid and appealing about the brash Highlander who’s as dangerous in the ballroom as in battle. Sometimes bigger really is better… in The Devil Wears Kilts. 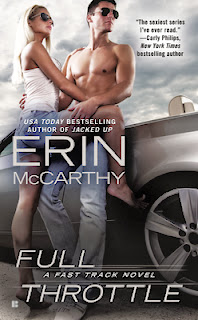 Easing into the turns…

As one of only two girls on the tween racing circuit, Shawn Hamby has always run with a fast crowd. But now at thirty-two, she doesn’t need to prove anything to anyone. And she definitely doesn’t need a man bossing her around off of the track…

Putting the pedal to the metal…

But after a silly girls’ night at a fetish club, Shawn can’t get Rhett Ford out of her mind. He’s younger than her, and he’s her best friend’s brother-in-law, which should be red flags. Rhett is looking for someone to lead in bed, but he can’t imagine that Shawn would ever submit to him. Boldly surrendering is more her style. And with Rhett behind the wheel, it’s going to be one wild ride… 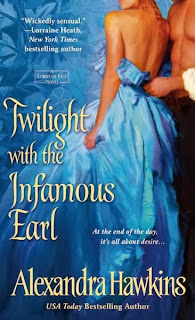 Twilight with the Infamous Earl
By Alexandra Hawkins

Lord Chillingsworth’s reputation precedes him—the infamous “Frost” is as legendary on the field of honor as he is in the bedroom. Which makes it surprising that young Emily Cavell has taken up the cause of closing Frost’s favorite gambling hell. Who does this brazen, flame-haired beauty think she is?

Emily’s vendetta is personal: She is determined to take a pound of flesh from Frost, who ruined her sister. But the man she meets is not the cold-hearted devil she imagined—and is twice as handsome to boot—and soon Emily finds herself falling for him. Their battle of wills quickly ignites into blazing desire. Could it be that the most jaded Lord of Vice is finally willing to risk everything and gamble on her heart? Or is true love only a fool’s game?