And I Love Her
By Marie Force
Publisher: Berkley
Release Date: March 3, 2015 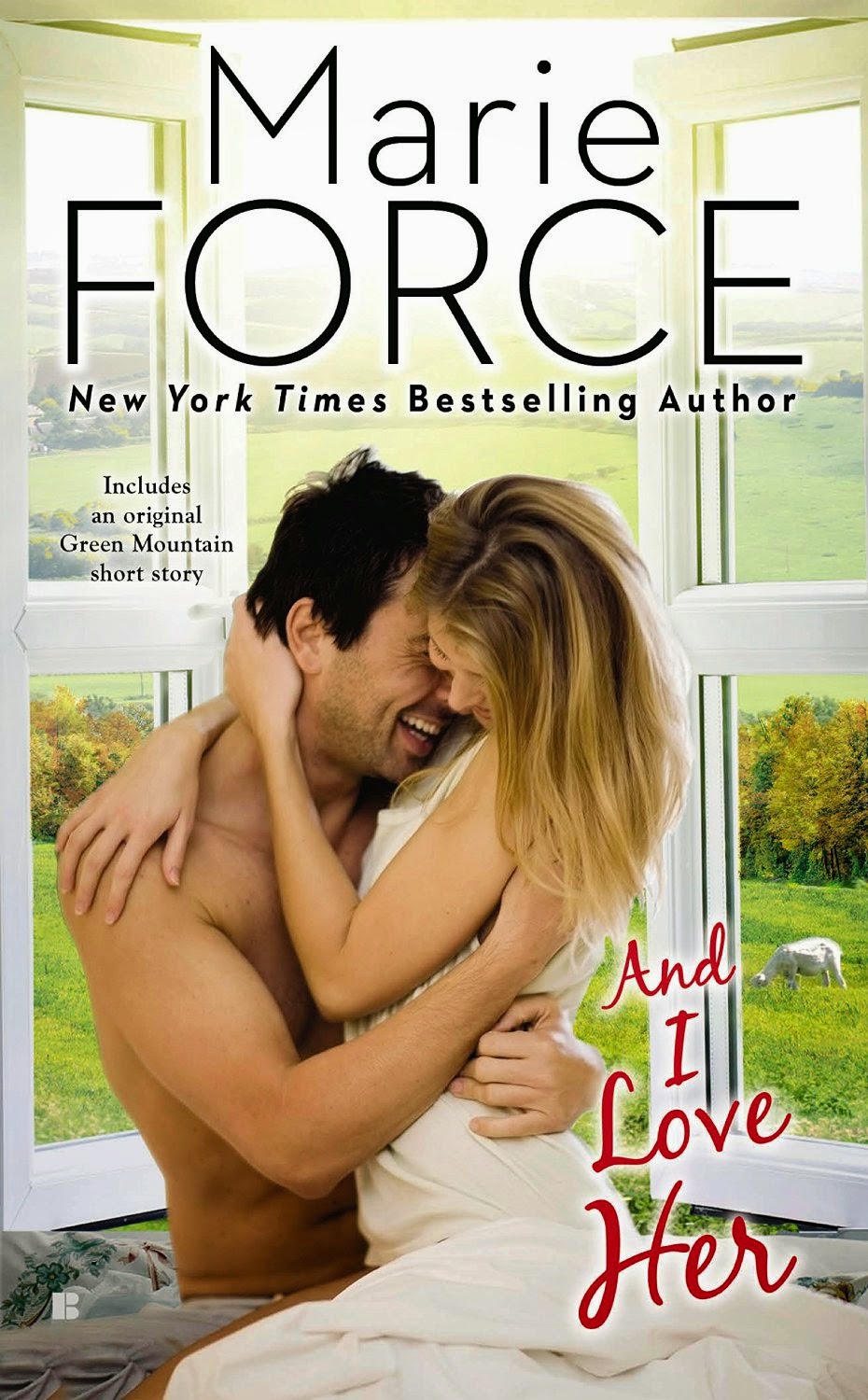 Megan Kane was a senior in high school when her parents were killed in an automobile accident. Her older sister Nina left college to return to tiny Butler, Vermont to be there for Megan. When Nina married a Brett, a teacher, they used part of the elder Kanes’ insurance money to buy a diner. With Nina as manager, Megan as waitress, and the irascible Butch as cook, they soon formed a family of sorts along with their regulars, especially those who showed up at the diner on holidays because they had no family with whom to celebrate. After ten years of this life, Megan feels as if she has lost her moorings when Nina and Brett announce that they are selling the diner and moving to France where Brett has accepted a teaching position. Even though Nina and Brett both encourage Megan to accompany them, Megan is convinced that she needs to create a life of her own; she just doesn’t know where to begin.

Hunter Abbott, the eldest of the ten Abbott siblings and chief financial officer for the Green Mountain Country Store and other Abbott enterprises, is the family fixer who sees that all the family is taken care of, their wounds bandaged, their stories heard, and their problems solved. When he finds a teary Megan hiding behind the family store, he feels the same compulsion to take care of her that he feels for his sisters, except there is nothing fraternal in his feelings for Megan. Hunter has been casting longing looks at Megan as long as Megan has had an unrequited interest in Hunter’s brother Will—about a decade. Now that Will and Cameron are in a committed relationship and Megan has indicated she has accepted Will’s choice, it seems the perfect time for Hunter to make a move, especially since Megan is talking about leaving Butler once the diner is sold.

Megan has never really noticed Hunter, but his kindness makes her take a closer look. She likes what she sees, and she can’t forget Will’s comment that she has been focusing on the wrong brother. But Hunter deserves someone who can give him the kind of promises he is willing to make, and Megan is determined to protect her heart and never give anyone else the chance to leave her as her parents did.

And I Love Her is the fourth book in Marie Force’s Green Mountain series, a series I fell in love with when I read the first book, All You Need Is Love.  But this most recent installment was a disappointment, an ok book rather than one that had me clearing space on a keeper shelf. I have read some excellent books recently with seriously flawed heroines who eventually earned my understanding and sympathy. This was not the case with Megan Kane. Readers are told repeatedly that she has repented of her bitchy behavior in earlier books, but I had trouble forgetting her rudeness and immaturity that bordered on the unbalanced. It’s not as if Will ever reciprocated her feelings. And while her parents’ deaths were certainly a tragedy and losing both parents at once a double devastation and seventeen a particularly vulnerable age, Megan had her sister for love and support, a town that cared about her, and no financial concerns. I guess my mother’s count-your-blessings philosophy is too deeply ingrained for me to ignore it even in a fictional world.

And while Hunter is endearing, I did want to see his apparently inexhaustible patience wear thin. Even when he is injured and his mother and his twin are angry that Megan can’t forget herself and be there when Hunter needs her, Hunter understands and defends her. The Abbott women forgive more easily than I do. I accept that Hunter wants only Megan, but I never understand why and I never feel that she deserves him.

On the other hand, I do love the Abbotts, and the best parts of the book for me were the family scenes. I adore Grandfather Elmer Stillman and smile at the matchmaking antics he and his son-in-law conceive. Molly’s observation about her father and husband made me laugh: “You can’t argue with their results though. A wedding, an engagement, and a shack-up all in one year. Not bad.”

I thought Will’s proposal scene was perfect for him and Cameron. And I am eager to see their wedding, to find out what happens with Ella Abbott and Gavin Guthrie, still grieving his brother’s death (It’s Only Love, November 3, 2015), and to learn the denouement of the story of baby brother Max and his pregnant girlfriend. I’m invested in the series, and I highly recommend it. But I’m less enthusiastic about this particular book. Fans of the series will want to read it to keep up-to-date with the Abbotts, and some readers will be pleased that this one has a higher sizzle factor. I still consider Force a power hitter, but even the best can’t hit a homer every time. (I hear the groans that I resorted to a sports metaphor, but it’s March and spring practice has begun.)

Email ThisBlogThis!Share to TwitterShare to FacebookShare to Pinterest
Labels: 3.5 Star Review, And I Love Her, Contemporary Romance, Janga, Marie Force