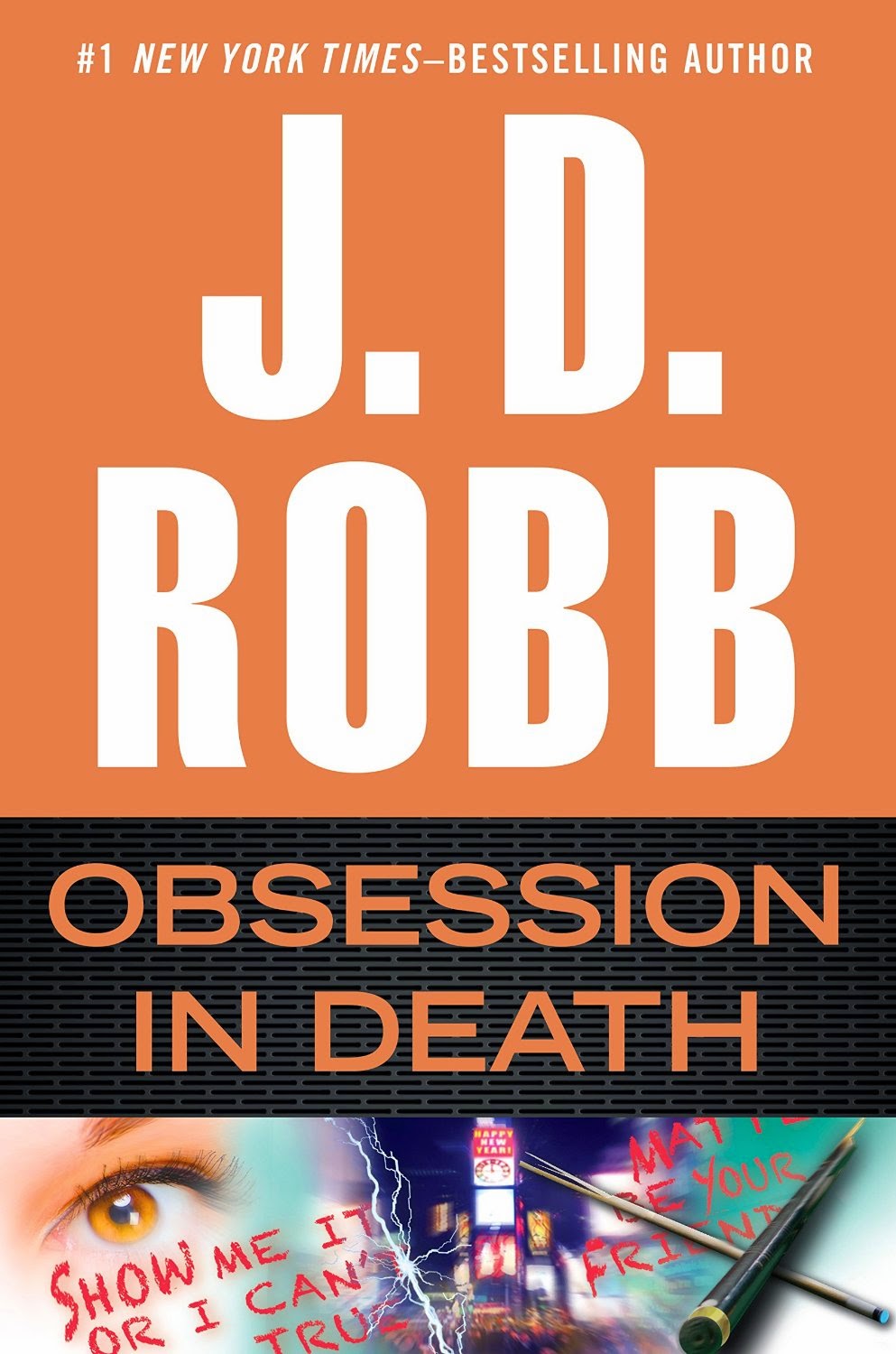 This latest installment of the In Death series takes an unusual twist.  Someone is killing people who had run-ins with Lt. Eve Dallas, and the killer is leaving notes to Eve at the crime scenes. Not even Dr. Mira can predict when or whom the killer will strike next, but she’s certain he will eventually turn from destroying Eve’s foes to eliminating her inner circle so as to supplant them. The uncertainty and the killer’s escalation keep the tension high.

The danger is leavened with humor, though, as Eve and Peabody investigate leads.  Mira has gone through Eve’s fan mail and pulled possible candidates’ letters.  Robb uses the two detectives’ visits to the authors to set Eve’s businesslike persona against the gushy enthusiasm of some of her fans.

The story gives the detectives under Eve’s command a chance to shine, showcasing the solidarity that was such a key part of Treachery in Death.   Each of Eve’s close friends gets a moment in the spotlight, and the way Eve and Roarke deal with the threat fits with the evolution of their relationship in the past several books.

The tension escalates, and the stakes rise to a nail-biting climax.  The resolution that follows is satisfying and appropriate.  This is a top-notch entry in the series.