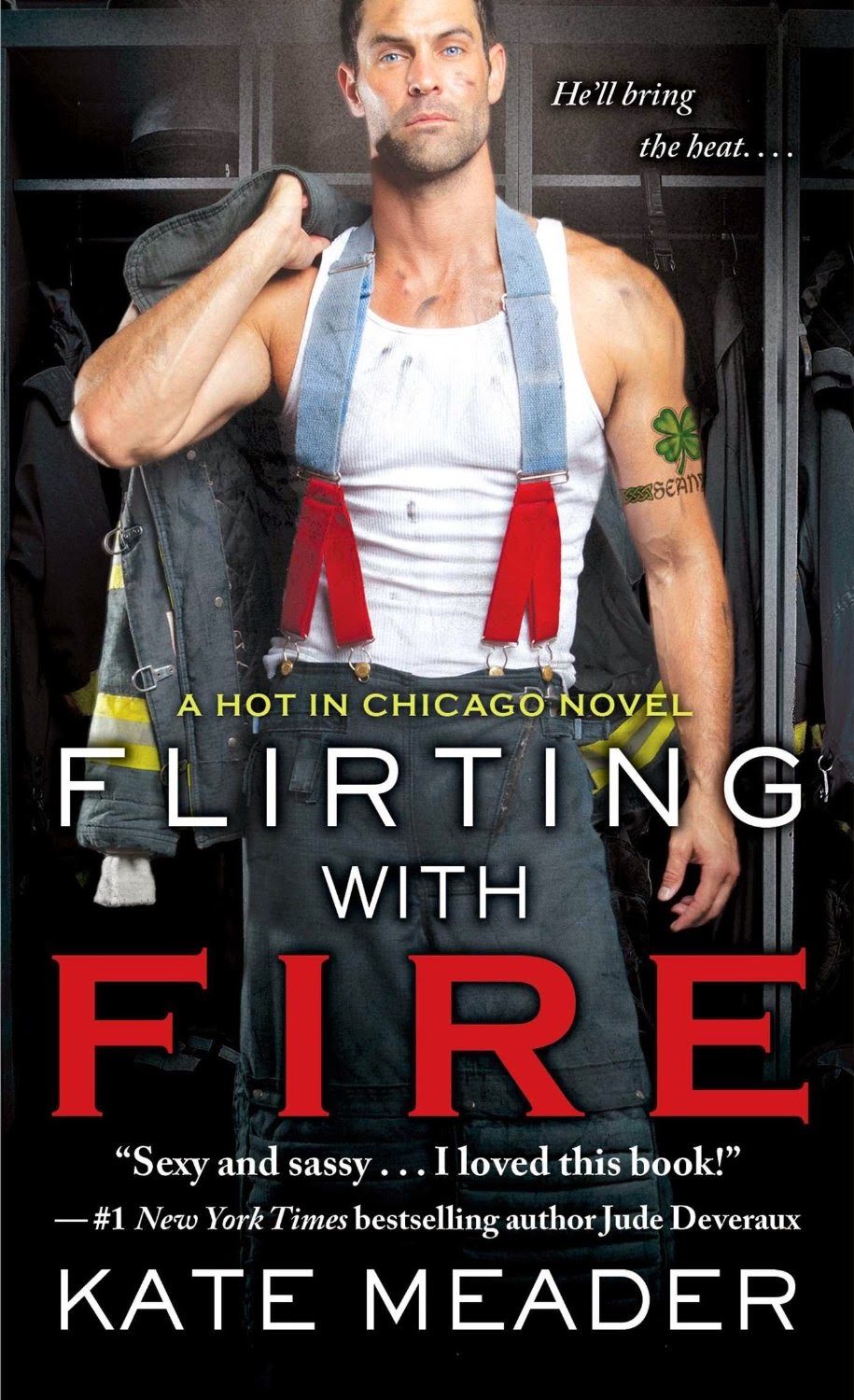 California girl, Kinsey Taylor has "temporary" written all over her. After uprooting her life and moving to Chicago to marry her boyfriend of ten years, she finds herself dumped three weeks before the wedding. She's living in a corporate apartment, working in the mayor's PR department and has no interest in jumping into a new relationship anytime soon. But then she's assigned to fix the PR nightmare caused when a bar fight between firefighter Luke Almeida and a police officer hits YouTube and goes viral. She's not expecting to be attracted to a gorgeous man who she surmises has anger management issues. She's especially not expecting to like him, understand his reasons for slugging the cop or discover that he's so much more than what she first anticipated.

For Luke Almeida, family is everything. The protection of his Dempsey foster siblings is his first priority which is why he now finds himself at the mercy of the mayor's PR guru. Kinsey Taylor is a take-no-prisoners PR hot shot who turns his life upside down with calendar shoots that make him the laughing stock of the fire department and community events that force him to play nice with the cop who betrayed him and started the whole mess. He goes along with her plans in order to save his job and keep his firefighting family together but gradually his reasons for working with her turn personal. Desire flares, he starts to like her, respect her and, amazingly, thoughts of forever start whispering in his mind...and heart. But he's been burned before and so has she. They may be burning up the sheets but will either of them have the courage to lay their hearts on the line?

Kate Meader captured my interest with the hot, sexy cover of Flirting with Fire then reeled me in with her fast-paced story, sizzling chemistry and wonderfully complex characters. The Dempsey fosters are related not by blood but by heart and choice and, many times, those bonds are the strongest. In this first book we're also introduced to siblings, Wyatt (the quiet, introspective one) Alexandra "Alex" (the woman fighting for her place in a man's profession) and Gage (young, golden and openly gay) and given glimpses into their lives, personalities and future stories.  The fourth living sibling, Beck makes an appearance near the end of the book. Beck's story is told in Meader's novella, "Rekindle the Flame," part of the Baby, It's Cold Outside anthology released in October 2014.

Along with the heat and heart, there's also a fair amount of humor in this book. I love a story that touches all of my emotions and characters who carve out their own special place in my reader's heart. The Dempseys are well on their way to doing just that. I'm looking forward to Alex's story, Playing with Fire, scheduled for release September 29, 2015 and can't wait to find out if my suspicions about Wyatt's heroine turn out to be true.